Energy in the Middle East: The Big Picture for 2017 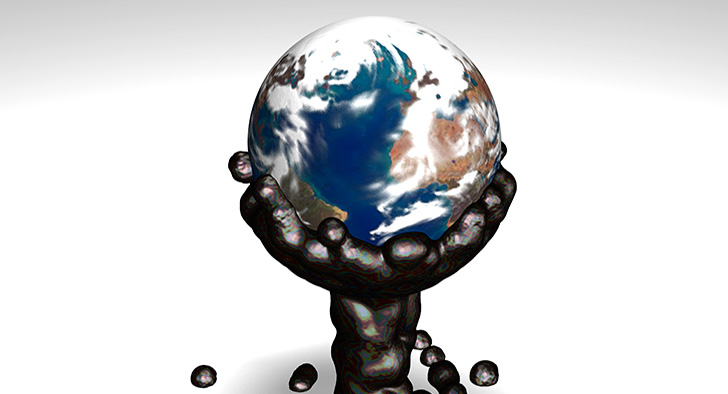 We are heading towards the end of one of the most transformational years in living memory: at the start of the year, the ink was barely dry on the Paris COP21 Agreement on climate change, the Iran Joint Co-Operation Agreement brought Iran back into the world of international petroleum trade and the oil price slumped to $28; we moved onto the unexpected Brexit result in June with fears of a domino effect across the European Union; Syria became the theatre for a return of the Cold War; and the year ended with the arrival of a Trump presidency with his campaign commitments to reversing COP21, cancelling the Iran Agreement and calling into question the future of NATO. What a year.

So what is the big picture for 2017 and how should companies with a focus on the Middle East move forwards?

Impact of Oil and Gas Prices on Investment and Cashflows

The IMF has been projecting that the Governments of the six GCC countries among them may accumulate in the region $800 billion to $1 trillion of deficits in the next five years. This is staggering and will have a major impact on investment levels and cashflows up and down the industry supply chain. However, this may be offset by privatization proceeds (with the Saudi Aramco IPO at the forefront), bond issue receipts and IMF and development bank financing: Saudi Aramco has recently re-stated its intent to spend $33 billion a year on its petroleum industry, Egypt is set to benefit from $12 billion of IMF funding and Iraq has secured $4.5 billion from the same organization. On the supply side, OPEC may finally act to curtail oil production to stabilize oil prices, but the truth remains that large volumes of stored petroleum will need to be washed through before the supply/demand equation can be rebalanced. On the demand side, there are genuine concerns that the $152 trillion of public and private debt recently identified by the IMF will severely curtain world growth for decades to come, especially in China. This bodes for a difficult and challenging 2017.

The Brexit and Trump “shocks” have still to play out their full implications. The UK has not yet deployed its official notice of withdrawal from the EU and the world awaits to see how much of Trump’s campaign rhetoric will play through to Trump the US President (with a Republican Senate and House of Representative), and especially with a resurgent Russia flexing its muscles in the region. Perhaps the biggest impact on Middle East energy dynamics would be a greater drive towards US security of energy and the opening up of US energy exports. Recent polling favorable to right wing parties in France, Hungary, Poland, and Austria suggests that the Brexit tsunami wave may have considerably more distance to travel, but, ironically, the destabilization of the EU block and the weakening of the pound and euro may accelerate UK and European companies to further invest into the Middle East.

The Trump effect will most certainly ripple out into the Middle East security dimension. However, will the “Pax Americana” that has underpinned security in the region since the Second World War continue or will Trump retract behind a metaphorical defense wall, forcing NATO and regional partners to commit greater resources and develop new strategies to their own defense? Northern Iraq, Syria, Yemen, and Libya all remain ‘no go areas’ for foreign investment and an attempted coup last summer and its aftermath has put Turkey into a new era of instability and disharmony with its western allies. But Saudi Arabia, Southern Iraq, Iran, Kuwait, the UAE, Qatar, Oman, and Egypt all remain open for business so long as security and political stability persist. With the lowest production costs in the world, the security of Middle East supply remains critical to security and affordability of energy so it seems unlikely that the US and EU will turn their backs on the region. An additional dimension to the security issue is the combating of cyber security, which perhaps threatens more extensive and devastating impacts to the regions production and processing facilities than bombs and bullets if left unchecked. It was fitting that this year’s ADIPEC 2016 dedicated a full day conference to the cyber security theme.

Gas Demand and Supply, Diversification of Supply and Climate Change

The region’s balance of gas demand and supply has been severely challenged in recent years. Although approximately 40% of the world’s gas reserves are located in the region, these are disproportionately located in Iran and Qatar. Saudi Arabia, Qatar, Oman, Kuwait, Iraq and Egypt all have faced significant gas supply challenges forcing the UAE to develop its sour gas resources and Saudi Arabia, Egypt, Kuwait, and Oman to focus on gas exploration and production projects, with unconventional gas an increasingly strategic focus. The return of Iran to the international trade community will of course have a major positive impact. However, the increased investment in nuclear, solar, and onshore wind projects in the MENA also bears witness to the need to diversify energy supply sources, while at the same time preserving petroleum output to meet domestic demand and/or export revenues, and acknowledging that COP21 has changed the world and put climate change control at the centre stage of strategic planning.

The region remains characterized by young and growing populations, most notably in Iran, Egypt, Turkey, and Saudi Arabia. This will continue to drive a strategic need for “localization” and its mix of training, job creation, local manufacturing and technology transfer, most notably with the In-Country Total Value Add (IKTVA) program in Saudi Arabia, an inherent part of it Saudi Arabia Vision 2030 and National Transformation Plan. The dual need for economic diversification and non-public sector job creation will be magnified if, as expected, NOC structural reforms remove the traditional “job for life” culture. This is most evident currently in the reforms sweeping through the ADNOC Group in Abu Dhabi. The strategic objective of localization will inevitably feed the drive for technology transfer focused joint ventures.

The characterization of the region’s energy industries as “low cost, low tech” remains stubbornly persistent in some areas, but in many other ways the technology transfer train is at full speed. Advanced seismic, reservoir management, smart well completion, and intervention and enhanced oil recovery technologies are at the forefront of raising petroleum recovery rates up from 30% to 60-70%. Sour gas, heavy oil, unconventional gas and deepwater production systems all now play a major role in the region and the next technology in-roads will surely have energy efficiency and energy storage in poll position.

As we now move ahead from ADIPEC 2016 and begin to focus on EGYPS 2017 in February in Cairo as our next major check-in point, there can be little doubt that the above six themes are set to dominate the 2017 Middle East energy horizon. Those companies, which continue to succeed, will be those who best insulate themselves from the negative impacts that may emerge and best position themselves to identify and benefit from the opportunities. If change is opportunity, the changes of 2016 will be severely put to the test in 2017 and beyond.