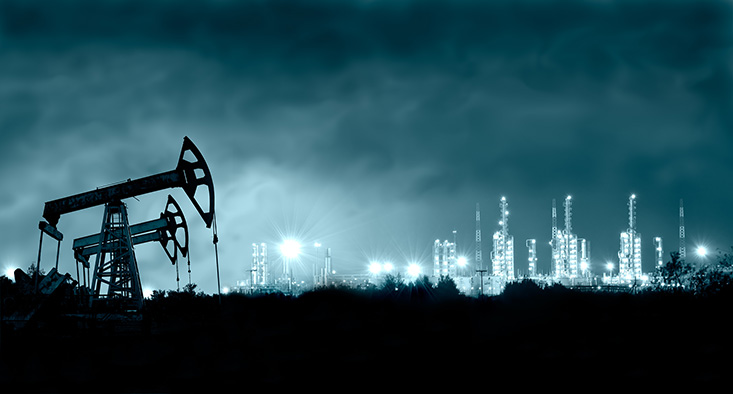 The petroleum industry utilizes a range of host government instruments to grant rights for exploration and production of oil and gas resources. The form of host government instrument is one of the key factors in determining an exploration and production contractor’s (Contractor’s) potential return on investment and in turn the Contractor’s incentive to explore and extract petroleum resources.

In order to encourage large-scale foreign investment, the host country must provide a clear legal, regulatory and fiscal regime. This article provides a comparison of the merits of different host government instruments in terms of encouraging exploration and development.

Concessions are a popular form of host government instrument in countries with a well-developed legal system, wherein the license or concession agreement can focus on the commercial terms without the burden of devising contractual provisions to fill in gaps in the legal system of the host country.

A concession or license grants the Contractor exclusive rights to explore, develop, sell and export petroleum extracted from a specified area for a fixed period of time.

Contractor bears all financial risks of exploration and development and receives its return (recovery of costs and profit) through sale of all petroleum to which it takes title. Government does not share in the petroleum produced. Instead, Government revenue is collected through a combination of royalty payments based on gross revenue and/or a tax based on net income, both of which are based on the quantity of production and the price at which the production is sold.

A potential issue with the general form of a concession which may hinder Contractor’s incentive to explore and develop resources is that taxes and royalties can be inefficient because they tax production without any regard to profit. When the project is marginal or not competitively profitable, the royalty or tax may discourage further investment. Some jurisdictions, a notable example is Norway, have developed sophisticated fiscal systems that adapt to the stage of development and shelter the Contractor’s profits from petroleum taxes.  However, such an arrangement requires a robust and experienced petroleum tax system, which may be difficult to implement in developing nations.

Production Sharing Agreements (PSAs) were first implemented in Indonesia and today more than half of the countries with petroleum potential grant rights to explore and produce petroleum under the framework of a PSA. The Egyptian model form host government instrument, though called a concession, is a form of PSA .

Under PSAs, the Contractor commits to undertake and finance, at its own risk, the exploration and extraction activities. In return, the Contractor recovers its costs by appropriating a share, not exceeding a certain percentage, of the production. Such share in production is known as “cost oil” (or cost gas). If the cost of exploration and development exceeds the cost oil threshold, then unrecovered costs are carried forward to the following years. The remaining production is called “profit oil” (or profit gas) and is shared with the government according to a percentages agreed in the contract. The government and the Contractor each take title to their share of profit oil/gas and sell their respective shares independently (subject to domestic supply requirements).

In order to promote exploration, Contractor’s rely on a large share of the production to be allocated to cost recovery (typically 30 – 50%). However, there are several cost factors that potentially hinder the effectiveness of an exploration and development program. Firstly, cost recovery entitlements must be balanced against a Contractor’s ability to overvalue its costs. Secondly, enhanced recovery methods using new technology are often more costly than traditional methods. Host governments will often resist the deployment of new technology as the associated cost is seen as a direct loss of government revenue (i.e. even though the PSA contains a cost oil threshold, the Contractor is encouraged to explore and produce below the threshold so that the government can share in (or take all) of the cost oil that is not needed for cost recovery (known as “excess cost oil”)).  Somewhat paradoxically, host governments often fail to see the value in extracting resources at a faster rate and may seek to curtail production (indirectly through using older technology or overtly by failing to approve work programs and budgets) in order to prolong the life of a field.

Under a service contract, the Contractor agrees to explore for and develop petroleum resources in return for a fixed fee. The host government retains ownership of the resources, before and after extraction.  Although some service contracts allow for payment in kind (i.e. Contractor is entitled to lift a share of oil or gas rather than receiving payment in cash), Contractor generally does not obtain title to production under this form of host government instrument. Government revenue is through tax on Contractor’s service fee and direct revenue from the sale of production.

There are service contracts which allow Contractor a greater degree of control over operations (the Iraqi technical service contracts are an example) but Contractor’s return on investment is generally more static under a service contract than other host government instruments.  The position of the Contractor as a mere service prover with no equity in the resulting petroleum is itself a disincentive to innovation and optimal effort towards success of the operation.

A host government needs to strike a balance between encouraging investment in its petroleum industry and generating revenues from exploitation of its resources (whether through tax receipts, a share in the production, or both). The majority of countries in the Middle East and North Africa generate a substantial portion of their annual revenue from petroleum resources , making revenue raising a fundamental objective for governments in the region.

It is clear that there is no ‘one size fits all’ approach to both maximize revenues for the host government and encourage the foreign investment needed to explore for and extract resources. Enhanced recovery of petroleum resources, particularly in challenging environments such as deep water blocks or sour gas fields are a costly business. Prior knowledge of the characteristics of a field will help determine the form and content of a host government instrument to maximize the return to both government and Contractor. However, such information on field characteristics is not always available prior to an award for exploration.

Continued dialog between government and Contractor and a willingness of host governments to respond to the changing needs of the industry are the keys to a successful host government instrument.