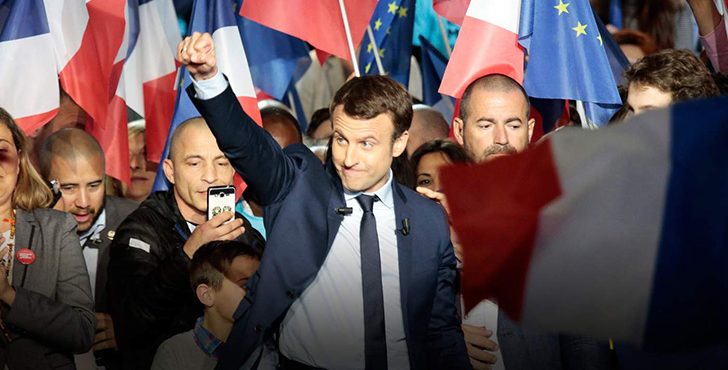 The recent French presidential elections had spurred controversial reactions and divergent responses upon the announcement of Emmanuel Macron’s victory. From the center to the extreme far-right, the position of both pro-EU leader and his then-opponent Marine Le Pen on the political landscape is far from having any commonalities.

Their stances on the European Union, refugee policies, and labor laws have been subject to nation-wide intense debates, with every party looking up to its benefits. On their part, environmentalists are backing Macron for his promising energy policies that propel France’s efforts away from reliance on nuclear energy and diesel in favor of renewable energy. In all respects, the environment-friendly energy policy of Macron has been showcased in his presidential debates thus rests appealing to Go Green advocates.

Towards a Preserved Ecology

According to his election manifesto, “the youngest French President is expected to push the country towards clean energy by increasing renewable capacity, adopting energy efficiency measures, shutting down coal-based power plants, cutting down the country’s nuclear capacity, ban oil and gas exploration in French territorial waters and tax carbon emissions,” according to The Economic Times.

In fact, the former economy minister banker is a strong advocate for environmentalism or so his statements reveal. As pollution associated with energy development is globally on the rise, Tableau Public explained that there are only four powered coal stations in France, which Macron wants to shut down. “We’ll close coal powered stations in five years,” French president said, signaling to the fact that all coal powered stations will be halted a year earlier than the current deadline of 2023.

Not only does his strategy throw to less harmful ecological emissions, Macron adopts an efficient approach to energy scientific researches and offering novel solutions. The newly sworn leader aims to focus research, development, and operator investment on energy storage and smart grids, unlike his then-counterpart who did not provide insights on France’s energy storage.

Macron’s stance on fracking stands to be firm and lucid. Macron said that he will ban all shale gas exploration. As controversial as it may indicate, this position does not de facto differ from the commonplace French government. In 2011, particularly during the term of Nicolas Sarkozy, the French republic banned fracking activities for shale gas and cancelled exploration licenses for major companies including Schuepbach and Total SA, the country’s biggest oil company, shutting down scientific debates on hydraulic fracturing. This means that Macron did not offer a novel vision for the shale gas fracking, however, his energy scheme comply with the international environmental standards Paris presides.

Similarly, Macron’s agenda highly complies with the former government’s strategies on exploiting renewable energy against the lack of non-renewable resources. The president vowed that his government will meet the objectives set by France’s 2015 Energy Transition Law, which primarily aims at increasing their share of renewables to 32% of final energy consumption by 2030. Macron stated that he will finance the development of renewable energy in attempts to double wind and solar PV capacity by 2022. In order to achieve this target, the young former banker believes that encouraging private investment is essential to help allocate an amount of 30 million Euros. Macron’s France is even more determined to rapidly decrease its reliance on diminishing non-renewable energy resources, and thus aspires to shorten and simplify the procedures for deploying renewables. He added that he would put out a five-year calendar for tenders to develop 26,000 MW of renewable energy projects at the beginning of his presidency.

Macron, who was the minister of economy under Francois Hollande’s government, takes a rebutting position towards nuclear energy. His rhetoric gives signs of endorsing a gradual move away from nuclear energy. In line with the energy transition law targets, Macron pledged to reduce the share of nuclear energy to 50% of electricity production by 2025 down from 75%. Tableau Public, in addition, stated that Macron said “he will take strategic decision on the extension of nuclear power beyond the next 40 years once the Nuclear safety Authority (ASN) has delivered its conclusion, which is expected in 2018.” Unlike Marine Le Pen who props its operations, Macron said he will confirm the shutdown of the controversial Fessenheim nuclear plant, located in North Eastern France, as ongoing concerns are being raised about the seismic safety of the plant.

Meanwhile, the French government under Macron is said to work towards supporting and promoting the reliance on electric vehicles and cut down on diesel-operated vehicles by increasing the number of charging stations and “lowering lowering state support for diesel by raising its tax rate to be in line with gasoline prices in five years,” The Economic Times wrote.

A more progressive plan Macron’s agenda uncovers is the lower-carbon approach for the transportation system in France. Macron’s government is to create a 1000 Euro payout to pre-2001 vehicle owners to buy greener new or second hand cars. In addition, the French president vows to speed up the rollout of Electric Vehicle (EV) charging points, and previously said, in an early version of his environment manifesto, that he wanted to end sales of combustion engine vehicles by 2040.

Intriguingly, Emmanuel Macron had managed to win over the support of environmentalists and torch bearer of clean energy with his adherence to the transition law. However, the French government may need to revisit these policies ahead of a decreasing energy production and a world increasingly reliant on oil and gas. Geologists argue that the Paris deepwater holds more shale oil than anywhere in Europe. This may drive France to reconsider offshore developments in the future if the government falls short of domestic energy supply. After a few years, if not before, France should be able to decide if Macron’s energy policy would prove efficient or not.