EGYPT’S TECHNOLOGY PROBLEMS: THE OIL SECTOR AS AN R&D SOLUTION 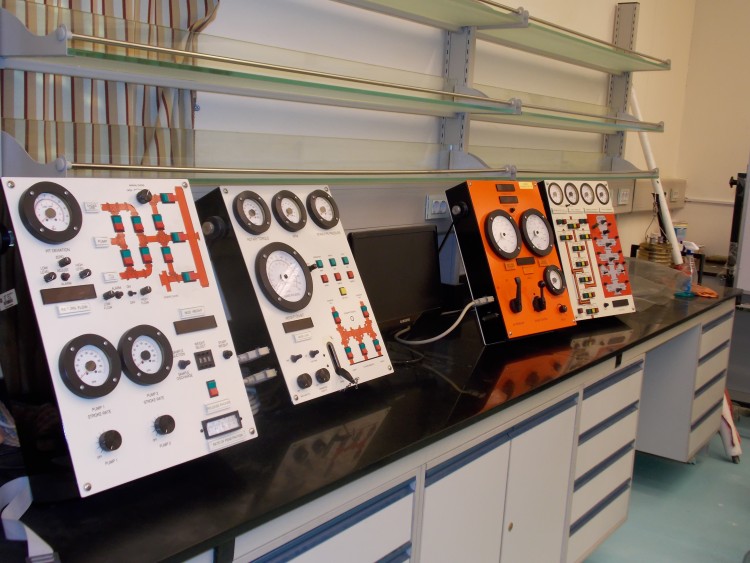 Talk to anyone in the oil sector in Egypt, even lab assistants, and they will tell you right away that the government does not provide them with any kind of support, even with simple things like rock core samples, the most basic item needed for research. The same goes for the Scientific Research Academy and the ministries of planning and manpower. No budgets are created for R&D expenses in the public sector generally, because any expenditure that does not bring a guaranteed result is considered a “squandering of public funds,” punishable by law. The oil sector has a little more leeway here, as it enjoys larger revenues. In most developed countries, companies actually get tax deductions for the research they do, while the private sector in Egypt is saddled with sales and value-added taxes.

Issuing patents is a laborious process and riddled with loopholes, reducing a critical incentive for innovation. Bureaucracy intrudes even when it comes to getting seismic and well data from the petroleum ministry, involving lengthy procedures that slow down the research process considerably, says Dr. Ahmed Noah, a noted nano-researcher and formerly Associate Professor of Petroleum Engineering at the American University in Cairo (AUC). All this places Egypt in a position of dependency by requiring it to constantly rely on the technology and knowledge that international oil companies (IOCs) use to invest in the country. As a result of these priorities, Egyptian contributions to oil R&D have been minimal, to cite a petroleum engineering professor who would rather go unnamed, and he spoke from 33-years worth of experience.

The World Economic Forum’s 2014/2015 Global Competitiveness Report ranks Egypt at 135 out of a list of 144 countries when it comes to the quality of scientific research institutions. This is down from 127 the previous year.

History of Push and Pull

Another particularly debilitating problem for R&D in Egypt are that state finances are geared primarily “towards pure research,” not practical applications, says Dr. Noah.

Dr. Magdi Nasrallah, former founding Chair of the Department of Petroleum & Energy Engineering at AUC, explains, “Most research done here is for the sake of attaining degrees to find employment or to get promoted, it ultimately ends up stored on shelves.” The research comes in the form of papers with subjects like, “Carbon bonds, can they be double or triple?” “This is not relevant financially,” Nasrallah continued. The research is very theoretical and the kinds of experiments needed to test this work are very expensive—out of the range of developing countries like Egypt.”

A book by a government minister who served under both Nasser and Sadat, Fathi Radwan, traced this obsession with shelving research to the British mandate. Radwan says that the British made sure Egyptian educational curricula was all theoretical—no vocational training or applied sciences—because they learned early on that poor families only wanted degrees to insure their children got civil service jobs.

Many of those contacted for this article claimed they were not allowed to speak to the media on the state of scientific research in Egypt. Fortunately, the one government official in petroleum research who was willing to answer questions gave the impression that his institution has to put up with funding scientists whose research was inapplicable—or else they would lose them altogether.

Even the private sector has its own bad habits, stifling another key source of R&D funds. Many Arab businessmen—not just in Egypt—are reluctant to share decision-making power, explains Mr. Ahmed Moaaz, Country Manager and Director for Sea Dragon Energy. The way the oil sector works in most international locations is that fund managers are responsible to bring together investors and draw up a business plan, he says. There are a few entities like this in Egypt—such as mutual fund manager EFG Hermes—but not nearly enough. For them to function more effectively there needs to be a separation of ownership and management in business, he added.

By Egyptian R&D standards, the petroleum sector is still better off compared to other fields, mainly because researchers work together across mediums, and most other sciences in Egypt are plagued by a pronounced lack of this collaboration.

Science does not work unless scientists compare notes. There is always someone, somewhere, with the missing piece of the puzzle needed to complete another set of studies; hence, conferences, conventions, publications, teamwork, and the broader notion of community are all integral to the field.

One issue highlighted during the recent convention on production optimization is that industry professionals are not sharing their findings with their counterparts elsewhere in the country. Even though remarkable technical discoveries are being made combining foreign knowhow with local skills, much needs to be done to better share this research with others

Another technological advantage enjoyed by Egypt’s petroleum sector is the Production Sharing Agreements (PSAs) system. A key stipulation states that foreign investors must train local Egyptian engineers through joint venture companies. This policy has paid rich dividends for the country, says Mr. Moaaz, who has been in Egypt’s oil sector from its earliest days, in both the public and private sectors.

From Algeria to Qatar, Bahrain, and the UAE; Moaaz has found that Egyptian engineers, chemists, and geologists form the “backbone” for oil and gas production in the MENA region. Egypt’s “greatest wealth is the Egyptian technologist,” he said.

The petroleum sector in Egypt clearly has the experienced personnel for an R&D leap; the question is how to unlock this potential. Dr. Noah’s advice is to make sure that science funding, even at its current level, is diverted more towards helping scientists and engineers participate in conferences abroad and publish in expensive petroleum journals, while upgrading the quality of Egyptian publications to international standards.

In sheer quantitative terms, the number of papers published by Egyptians in international journals has been steadily increasing, says Dr. Ahmad Hassan, the General Manager of the Egyptian Universities Networks (EUN). He adds, however, that most local publications focus on law, business and the humanities, not science, technology, engineering, and medical research.

One of the attendees of the convention’s workshops, a petroleum engineer, pointed out that Egypt, in terms of the number of scientific articles published in the petroleum field, used to be the top country in the Arab world, until the turn of the century where the numbers declined rapidly.

In the petroleum sector, most of the research for technical applications takes place at institutions of higher learning such as Cairo University, AUC, and British University in Egypt; research financing also came from the Qatar Foundation and Saudi Aramco. The cutting-edge research (e.g. nanotech) was taking place mainly at the Petroleum Research Institute, and a lesser number of private universities.

Adding to this list would be non-governmental organizations (NGOs) such as the EUREM energy-efficiency program with the German Chamber Network, or the German Academic Exchange Service, or the British Council.

To quote Michael Houlgate, Programme Leader of the British Council’s Newton-Musharafa Fund: “the research we do is very much about technical applications. We want the research we fund to be developed into tangible products that have a real impact on the whole country.” The organization achieves this through, “joint research, PhD scholarships, fellowships, workshops etc.” Unfortunately, the energy-related work such NGOs do focuses almost exclusively on renewable energy; wind and solar instead of drilling technology, refining, petrochemicals, and surveying techniques.

Directing research towards petroleum demands a national plan says Dr. Nasrallah. A technological problem can be targeted, such as nanotechnology applications or extending the lifetime of drill bits. Money and manpower can be deployed to find a solution if it is made a priority.

Establishing a technology center can be a “part of the terms of the agreement for field developments or joint venture concessions.” This is a tactic used by Abu Dhabi in the Upper Zakum field awarded to ExxonMobil. Even countries the size of Russia often insist that foreign investors agree to the “joint funding of technology and R&D” in the oil and gas sector. Through similar negotiations Mexico was able to establish a deepwater technology center. Driving local technology in such a critical and expensive area is vitally important.

NOCs can also upgrade their network of domestic suppliers by insisting on stricter standards of performance in exchange for local content stipulations and state financing. This “localization strategy” works wonders because it creates a “clustering-effect,” with small, flexible companies competing against each other in certain markets whilst cooperating in others through shared enterprises. Like scientists they share information while trying to get ahead of each other, adding value and innovating cost-reductions.

One example McCreery uses is Aberdeen, the city and the surrounding region in Scotland that became a hub for local businesses; going global “on the back of demonstrable world class performance.” This case is especially relevant to Egypt because Aberdeen services the North Sea, an area of very mature fields. Like the North Sea, Egypt it reached peak production in the 1990s and has been facing a natural decline in production ever since.

Academic studies of Aberdeen found that IOCs are specifically drawn to such areas to make use of local talent as “each individual field development is unique and therefore requires a different mix of services and products to develop it,” says Andrew Cumbers and Suzanne Martin, writing in the Scottish Geographical Journal. “Learning-by-doing” is the only way to go, so much so that mature regions can actually enjoy higher rates of return than new wells through the proper application of the right, locally developed, techniques.

Aberdeen does not specialize in engineering facilities but in consultation and managerial services—human resources—something that helped it weather economic storms in the 1990s due to collapsing oil prices. Investors in that era preferred to locate their operations in Scotland instead of “established oil regions such as Oklahoma and Egypt,” say Cumbers and Martin. Putting two and two together—local talent and mature fields—we can see how to unlock Egypt’s potential. To cite McCreery again, “international oil companies and service companies bring a lot to the table here but national companies have also built good experience in mature operations in many parts of the world.”

Every challenge is also an opportunity, meaning that our mature fields in the Gulf of Suez and Western Desert can actually draw in the right investments and be locations for such petroleum hubs. But this transformation will only take place if the country can strip away the bureaucratic regulations holding it back and reorganize its educational system. Successful partnerships can and have been built on the NOC/IOC and NOC/service company model outlined by McCreery, and the NGOs model cited above.

Even the adverse price environment itself is a spur to innovation, as evidenced by the optimization and oil recovery options highlighted at the EOG convention. Egypt’s brain trust is always its salvation in these circumstances. The solutions are out there, they just have to be harnessed if we are ever to change the country’s otherwise dwindling energy prospects.