EGYPT IS COMPETING FOR GLOBAL CAPITAL 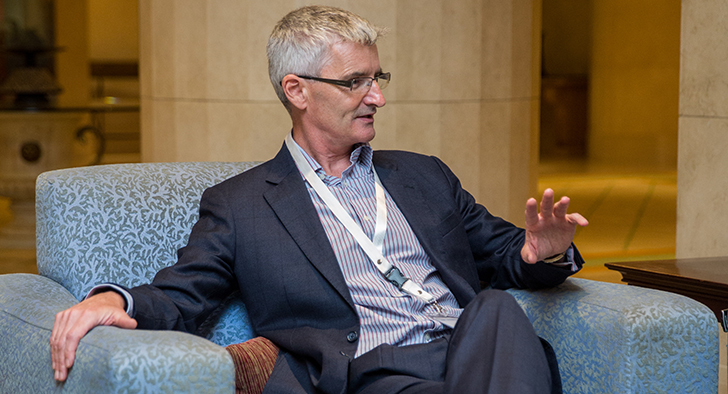 The investment environment in Egypt is facing various challenges. In attempts to attract global capital to the country, the Brownfields Committee is searching for ways to improve investment conditions in line with the efforts exerted by the Egyptian government.

While there is no one-size-fits-all solution in terms of investment incentives that a country may offer to attract foreign funds, the key parameters remain unchanged. The core is undoubtedly that “investors need to be confident they can be paid,” as Brian Twaddle put it. Therefore, payment of dues to international oil companies (IOCs) has stood on top of the oil ministry’s priority list since the era of former Oil Minister and current PM, Sherif Ismail, and it is now being pursued equally persistently by the current head of the oil sector, Tarek El Molla.

“Egypt has challenging currency constraints at the moment,” and that challenges the timeline for addressing the unpaid arrears.  On a positive note Brian Twaddle added that “the government has been aware of the issues and has been trying to address them for a long time.”

Talking about investment opportunities in Egypt goes beyond the government’s obligations. Investors, who are already present in the country, have commitments that must be met and are working hard to meet those obligations. “TransGlobe have just mobilized one drilling rig to the Eastern Desert and expects to mobilize a second rig in the Q3. In total, a program of 20-25 exploration and development wells will be drilled,” said the company’s Head.

The global economic environment is also playing a major role in energy sector. “Capital budgets are allocated on a global basis and Egypt has to compete to win its share of investment funds. While the global perception of Egypt as an investment location remains positive, cost structures which have inflated over the high oil price period have become a barrier to investment in the ‘lower for longer’ oil price scenario,” according to the Committee Chairman.

Investment in secondary and tertiary recovery projects was one of the key themes discussed by experts and business leaders during the Egypt Oil&Gas Convention on EOR and water flooding. Brian Twaddle explained that while “waterflooding to boost recovery is fairly well established in Egypt, it is technically understood, and applied quite widely, EOR or tertiary recovery projects are posing a bigger challenge.” As “EOR come typically later in a fields’ life, there is a much shorter period of time to recover the costs and make a return on the investment within the concessional agreement terms,” he added. There is also “a higher degree of risk” implied in EOR investments.

According to Transglobe’s Country Manager, “within standard PSA terms, capital investment costs are recovered over a period of four or five years. EOR projects typically arise in mature fields. Application risks not only the ability to recover the costs, but the uncertainty on earning a return on the investment within the available time remaining on the concession.”

“Tertiary recovery projects are technically challenging and effective application requires robust technical work initially on a laboratory scale and in pilot projects prior to full implementation,” explained Brian Twaddle. The technical uncertainty and the early stage work make it “more difficult for both the IOCs to invest and EGPC to agree to an EOR investment proposition,” he noted. Even though “some investors may be eager to test new technologies, EGPC is cautious about the risk involved,” which calls for closer cooperation in the industry.

Prospects for targeted investments can increase if we find a way for “IOCs and EGPC to execute relevant studies together and further negotiate cost recovery model in a fashion that would enable investment in EOR projects,” he concluded.

Speaking of practicalities in designing incentives for tertiary recovery projects, Brian Twaddle revealed that to “assess EOR projects on case by case basis appears to make sense, however, the amount of projects outnumbers senior people at the ministry or EGPC, which causes delays.” Large projects are evaluated and flexible arrangements agreed but smaller projects get lost in the queue.

Therefore, the Brownfields Committee calls for “a structural solution” instead. As he explained, “looking at possible modifications in the concession agreements would allow a larger number of projects to proceed on acceptable terms.” “The Brownfields Committee has representatives from the government, IOCs, and the service sector, and is well placed to help to find solutions,” he noted.

In simple words, “incentivizing that [EOR] investment is challenging and that is why the roundtable discussion at the Convention about risk sharing models and service agreement models are helpful,” emphasized Brian Twaddle.

The Committee has sought a way to boost its leverage to introduce proposals for improvements through formal letters of intent and request for official meetings with the Oil Ministry. Brian Twaddle believes, however, that “a focused discussion with ministry’s representatives may be more fruitful.” He has therefore expressed interest, on behalf of the Brownfields Committee, to “sit down with Eng. Tarek El Hadidy from the EGPC and His Excellency Tarek El Molla to hold a discussion about how the Committee can help.” In regard to the Egypt Oil&Gas’ EOR&Waterflooding Convention, the idea is to bring the key points from the roundtable debate forward and think jointly about how to make them applicable.

In searching for solutions and seeking to boost EOR investments, some suggested turning the attention to the service companies. The Brownfields Committee Chairman contended that “the service sector has many technologies available that never gets implemented, because of the way the relationship between contractor companies, JV companies, and service sector companies works.”

The difficulties that emerge are rather complex. According to Brian Twaddle, “part of it is the perception of the risk that contractors and JVs are willing to take on, and part of it is the tendering process.” As he continued: “The tender process focuses on procurement of single services for minimum cost. Considering a risk sharing model, where the service company takes some of the implementation risk in return for a share of upside profit within the tendering process, may be a viable alternative to explore and apply. A shift of focus from cost alone to value add materializes.” As we heard in the Round Table discussions the Service Sector firmly believe they can add more value by changing the approach.

Transglobe Energy has been working closely with the EGPC and Ministry of Petroleum to improve efficiency in JVs. The company has two JVs operating neighboring development licenses. Over the past six months, the two JVs have been consolidated under a single board of directors and all staff has moved into a single office building.

As Transglobe’s Country Manager stated, “one of the biggest challenges that the government in Egypt has, is that there are many people working in the JVs and they cannot be laid off.” “This means that cost reduction to survive in the ‘lower-for-longer’ oil price scenario must come from increasing efficiency in contracting services and execution of work. The challenge has been to achieve this in West Bakr and Petro Dara without harming the people,” he added. Alignment under a single board of directors is key. Once that alignment is achieved, contracts can be tendered across the whole business bringing economies of scale, and services can be shared between development leases and inventory managed more efficiently,” he said.

There are, however, many challenges left to overcome. Each JV has its own culture, work practices, and benefits system and consolidation requires all of these to be unified. “We are still on the journey, but have already seen significant gains,” the company’s Head shared positive outlook.

Additional efficiency improvements in JVs are dependent on performance and that requires contracting strategies, competence, and work processes to advance.

“The key to boost performance of JVs is to improve the competence of the people,” said Brian Twaddle, adding: “I think it is fair to say that training of JV staff has been inconsistent for a long time. Clearly some companies have invested in training of technical staff but there has been no single consistent approach.”

Recently the government in partnership with Oil&Gas Skills (OGS) has been working hard on leadership development program for the most senior levels. “Investments in competences require a cross-spectral approach that tackles technical, leadership, management, commercial, and business skills. Competence development has to be applied across the entire business scope including field specific skills in operations, maintenance, HSE, and construction management,” according to Brian Twaddle’s recommendations.

It is important that the training bonuses applied in the concession agreements are suitably directed to effective competence development. TransGlobe’s Head added that the company “has been working with OGS and EGPC to look at ways the bonuses could be directed to building an internationally recognized training centre for field operations staff in the Eastern Desert.”

In the past, training has been hampered in JVs because there was no control over the retention of people and companies were reluctant to spend money on people who could be transferred. “It is probably time to let go of that concern and focus on increasing competence across the whole sector,” stated Brian Twaddle.

In similar veins, the concept of benefits packages should be exploited in a purposeful way. As he explained, “in Egypt, the use of financial incentives to drive performance has to be done sensitively and in cooperation with people.” These steps are undoubtedly essential if the sector is to prosper.

Transglobe Energy has always worked to be a constructive partner in Egypt. Working with the Egyptian government and participating in the Brownfields Committee are the ways through which the company is seeking to contribute to the ongoing debates on enhancements in Egypt’s oil sector.

“Transglobe Energy is in a far better shape than most companies,” confidently stated the company’s Country Manager. “We have grown our business in Egypt within the Eastern and Western Desert areas over the past five years and will continue to do so through development optimization, exploration, participating in bid rounds, and new acquisitions that make sense for us.”

Even though Transglobe’s “focus is to optimize producing assets, drill exploration wells, and find new discoveries in Egypt at the moment,” as Brian Twaddle explained, “the company is also evaluating other investments internationally.