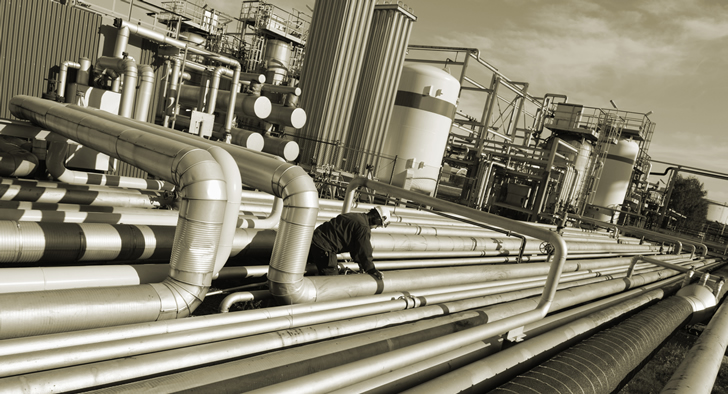 Eng. Amira El-Mazni has been named the new Vice Chairman for Gas Regulatory Affairs, but she has yet to be given her own office. In fact, her building doesn’t actually currently exist. Her temporary office is still on the fifth floor inside the Egyptian Natural Gas Holding Company (EGAS) building, as no laws have been formally been issued for the new group’s mandate. More troubling still, the laws are not expected to even be passed for at least six months, as the Ministry of Petroleum is still studying the draft law that would establish the Gas Regulatory Affairs (GRA) authority.

If passed, the new laws will be monumental in their responsibilities, as they will need to prepare criteria to identify consumers, investors, distribution, and shipments of gas supplies to customers. They will also be responsible for transfer licenses and will be structured similarly to other laws issued in the European Union. The new laws will be comprehensive, and are designed to organize, follow up with, and monitor the activities of shipping and transport, supply and distribution of natural gas in Egypt. The new regulatory office will also work to ensure competitiveness and transparency between the players involved in the natural gas market.

The GRA authorities will monitor tariff use, distribution, and storage of gas as well as transportation facilities, and oversee the adoption of other tariff calculation mechanisms after the network operator implements the first ones. The GRA will also issue licenses for those needing them for gas activities, as well as monitor compliance and serve as an arbitrator in disputes that may arise between parties involved in the natural gas markets, and between them and consumers. The GRA will observe multiple levels of control over the activities of those operating in the gas market as well as safeguard consumers.

The Egyptian Natural Gas Holding Company EGAS plans to assure all involved in the sector that the new GRA office will be completely independent of all oversight from the agency. The GRA will thus be a neutral party fully capable of overseeing the private sector in its importation of gas for factories and industry. This is an important step for EGAS as it will separate the role of producer from regulator and will assist in liberalizing the market. Many other countries in the region have taken similar steps. Saudi Arabia’s Electricity & Co-Generation Regulatory Authority (ECRA), is the perfect example. Established in 2002, the authority is a model example of allowing the sector to grow by dividing roles and responsibilities.

The GRA will issue licenses to transport system operators, operators of distribution systems, and gas chargers, as well as consumer gas suppliers. This will all be done to create a competitive environment and liberalize the natural gas market so that consumers will have the freedom to choose and incentivize their own suppliers.

The projects proposed are being funded by the European Union in collaboration with the Ministry of Petroleum and EGAS. All parties involved view the establishment of an independent body to regulate the gas market to be of utmost importance. The project is necessary to create conditions to ensure equal opportunities for all participants in the Egyptian natural gas market.

The draft law summary prioritizes the identification of qualified consumers in accordance with the principles and standards set by the Egyptian Ministry of Petroleum, and plans to update these periodically. Consumers will be able to choose their own licensed providers and negotiate gas prices based on overall quantities and other metrics.

In accordance with the project, the Egyptian General Petroleum Corporation (EGPC) and EGAS will no longer be the only gas supply companies in Egypt, but will allow for the possibility new shipping and supply companies in the national market. These new companies will be able to sell and supply gas directly to consumers, regardless of whether the gas was produced locally or imported. The new groups will also be able to use national gas infrastructure to import and supply gas, provided they are licensed to do so by the GRA and have paid the agreed-upon tariffs and fees. The new tariff rates have yet to be decided, but they will fall under the purview of the new GRA authority.

The bill will define who may be participants in the gas market; whether they are operators of transmission and distribution systems, suppliers, or even consumers. The new authority will set all regulations and definitions for who is or is not eligible to participate. It will also define all the rights and obligations of each of player for licenses and contractual terms between each other.

The GRA will work on developing new ways to monitor and implement the regulation of activity licenses. These licenses are important as they cover the entire industry, including shipping, transport, and storage of natural gas.

A joint working group has been formed to study what the tariffs should be for transporting natural gas over the national grid. The group is examining what impacts the new loads will have on existing infrastructure, and will take into account the initial investment costs of the network pipelines and compressors, as well as expected infrastructure depreciation values. The goal is clearly to have a reasonable return on investment.

An initial uniform tariff has been awarded for all users of the gas transmission network in every region. This tariff will be harmonized with realities over the first few years of liberalization of the gas market’s transition period.

As other countries have gone through this transition before Egypt, the working group is attempting to learn from their experiences of organizing and liberalizing gas markets. Organized gas markets require the preparation of unified codes that can be adhered to by both users and distribution of gas transmission networks in general.

Specific regulations must also be included for technical and commercial controls for the use and distribution of gas transmission networks, and also specify the organization of their relationship between the network operator and users to ensure the efficient operation of these networks and facilities.

The joint working group—in cooperation with the European Union—will prepare a draft code to govern the use of transport networks, which will also be reviewed by operators, to be passed when the GRA is formally created.

The Ministry of Petroleum will ultimately retain responsibility for developing and updating standards to identify qualified consumers, in addition to providing timetables and assigning transport system operators.

There will be independence of the operator transport system to ensure transparency, impartiality, and non-discrimination between users of the gas transmission network. This is expected to occur when the draft is complete and rules are finalized to regulate the market.

The new laws will make the operator’s transport networks a separate legal entity from any other entities involved gas production, shipping, or importation.

Sherif Ismail, then-Minister of Petroleum, has said in previous statements that a number of private sector companies are receiving updates from EGAS on the progress to import LNG. These updates pertain to private companies’ ability to import natural gas using the national grid.

Ismail expects that a wide range of private sector companies will soon be able to import gas to Egyptian factories after the technical and financial conditions necessary to do so are met.

The Ismail said that the private sector in Egypt is well aware of the current situation. The country has struggled to provide enough natural gas for consumer power consumption and domestic industry requirements. It’s hoped that LNG will make up for the shortfall, but it is also set to allow private importation of the fuel for factories that require it.

EGAS has published a form on its official website that allows private sector firms to import LNG. Those wishing to obtain information about importing and exporting firms can fill out the form on EGAS’ website. The government company also holds technical information about the type of gas and specifications needed for each industry.

Those firms interested in importing gas for the local market are invited to complete the Gas Import Information Form in Arabic or English. The completed form with all requested documents must be submitted to the Contracts Department at EGAS.