What are Edison’s current operations in Egypt?

We have a portfolio of eight concessions, five of which we are operating. Our main asset in Egypt is the Concession of Abu Qir for which we sanctioned mid October 2014 a new platform worth circa $250 million of investment. This will allow us to unlock additional reserves that we expect to go on-stream  at the beginning of 2017. As far as the new exploration block of North Thekah, we are about to launch a seismic data acquisition. We will start the acquisition by the end of March 2015.

What is Edison’s share of Egypt’s oil and gas production?

We are producing in the range of 250 – 300 mscf/d, which puts our production at circa 5% of the country’s total gas production. We currently have a small oil and condensate production, but we are currently working on rebalancing our portfolio to have more oil production but this will come with the new concession we have signed, so it will take some time.

What are your best producing concessions?

Abu Qir concession, we have acquired the concession early 2009. Our oldest concession is Rosetta (Rashid), which we have acquired in the mid 90s. We have 20 years of presence in Egypt. We were also 50% partners with BG in the West Delta Deep Marine (WDDM) and 50% owners of LNG IDKU plant, which we then sold in 2005.

We always kept Rosetta as participation; we have a 20% participating interest in the concession with BG holding the remaining 80%, it has been our percentage since the start.

And why did you sell the WDDM concession?

The company was –at the time– conducting some restructuring of its activities with a focus on growing the power generation business.

How are oil prices affecting your operations in Egypt?

The oil prices are definitely affecting us because of a reduction in revenue, but we do not envisage any reduction of committed investments in Egypt. The current situation will require a containment of operation expenditure (opex) and capital expenditure (capex) by renegotiating with service companies when possible.

What are Edison’s plans for E&P in the upcoming period in Egypt?

We will definitely focus on the East Mediterranean. We see the East Mediterranean as potentially replicating what happened in the neighboring countries, Cyprus and Israel. We believe there could be an extension into Egypt. In the most recent bid rounds we got awarded large blocks in this area

As far as our portfolio in Egypt we are looking to rebalance gas with more  oil. That is why we acquired a concession in the Western Desert, North West el-Gindi, awarded to us in the latest bid round. We are also participating with 50% with RWE in North West el-Amal in the Gulf of Suez. We are trying to increase oil production in the country to counterbalance the gas. Oil is also easier in terms of transformation to cash liquidity.

Can you tell us a bit about your latest concessions?

What are the setbacks Edison has faced in dealing with the government’s oil sector?

We enjoy a very good relationship with the authorities; one based on mutual trust. The approach of Edison has always been extremely cooperative and we have enjoyed the results of this approach. We have always been treated fairly by the government and we have recognition [from their side] that we have been very cooperative as well.

An example of this is the sanctioning of the new platform we did in mid-October of 2014. The cash injection of the receivable amounts by the government did not come until the end of December 2014. But we were promised that this cash injection would have taken place and we always see authorities delivering on what they were promising or anticipating, so we made the decision to sanction the investments.

We don’t have setbacks. We feel comfortable discussing issues with the government when they come up.  (use as bold quote)

On the other hand, what is extremely concerning about Egypt is the currency issue; access to dollars is becoming very difficult. This is something that I do not see an easy solution to. All our contracts are denominated in dollars, so you cannot afford to be paid in Egyptian Pounds instead.  This is something that needs to be seriously tackled by the government.

Can you give us an example of a fruitful cooperation with the government?

We really enjoy mutual trust with the authorities, which is extremely important. We recently promoted a new business model; we told the authorities that we would like to generate power and we wanted to use part of the (new) gas we would produce as a result of new upstream investments for power generation in a new power plant of 180MW capacity.

We signed an MoU with EGPC in November for the gas allocation to the power plant. They are very keen to support and sponsor ideas that are “out of the box” and promote energy growth.

It was the first time we approached government entities promoting a new model; we approached the government saying we will create a new customer. We will invest in power generation, which responds to the current need of Egypt in the light of the current power crisis. We will not ask the government for any guarantee whatsoever. We will invest in upstream to produce the new gas, of which  we will subtract  a little percentage, less than two digits, to feed the power station that will produce electricity at high efficiency level and will be able to pay the gas in US dollars thus allowing us to invest upstream. The Ministry of Electricity and Ministry of Petroleum were very supportive. There is a willingness to listen.

Out of current reserves, is any of the oil or gas Edison is working on inaccessible or stranded?

Of course there is always some stranded gas or oil out there that is just not feasible to produce, that is the situation with many wells. But there are opportunities out there for making better use of existing assets (infrastructures) thus making relatively small reserves of gas economic to produce. It is an effort that has to go in two directions: It must be less expensive to produce, (which is something the authorities are working on), and there is the size of the project and the investment associated to it. This was not a concept that was that well understood in the past. There is an effort to maximize existing assets offshore. This allows different economics. This will in turn unlock pockets of gas, that were previously not economical to produce as they were looked at as stand-alone investments.

Do you think Egypt has a similar potential for deep and ultra-deep water Mediterranean as neighboring countries have?

When it comes to these kinds of projections you can only rely on geological surveys and regional mappings, so it is hard to tell for sure, but we are quite confident that the Leviathan basin might extend into Egypt and that this might apply also to other plays in the Deep Water. 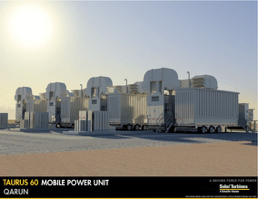 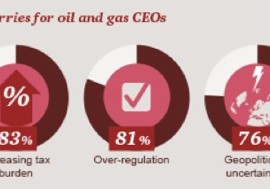 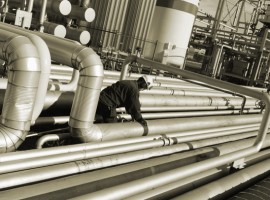 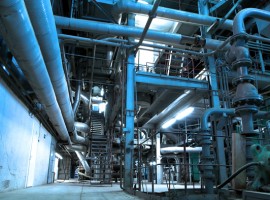