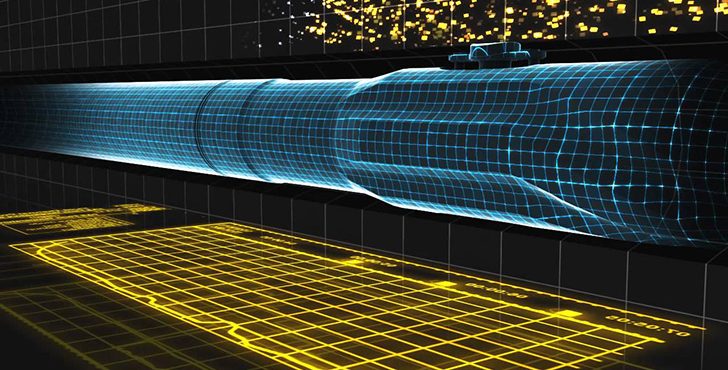 National Oil Companies’ (NOCs) growing interest in new kinds of partnerships has created new opportunities for oil field service companies. As profits and revenues of service firms highly depend on the scale of exploration activities, innovative technology has become an essential component for revenue generation. Giant oil field service actors such as Halliburton, Schlumberger, and Baker Hughes have thus resorted to this business strategy in a market where crude prices have witnessed an unprecedented decline.

The Challenges and Future of Profit Generation

There are several companies that were influenced by the dramatic collapse of oil prices since June 2014 when a barrel of crude oil cost about twice its price today. According to Price Water Coopers and Strategy& consulting team report – Surviving the Worst: It’s Time for Oil Services to Address Shortcomings and Find Strategic Solutions – published in 2015, “in its third-quarter 2014 results, Transocean booked a charge of $2.79 billion for the drop in the value of deepwater rigs and warned that more write-downs were possible.”

Similarly, in the first half of 2016, Dutch offshore and dredging services provider, Boskalis, recorded a net profit of $165 million, gaining revenue of $1.3 billion compared to $1.75 billion in the same period of 2015. According to Offshore Energy Today’s Business Guide from August 2016, Boskalis saw further decline as its 1H 2016 profit halved. The company’s CEO, Peter Berdowski, stated: “Falling prices of oil, gas, and commodities are the dark clouds on the horizon that ultimately also affect late-cyclical companies such as Boskalis. The volume of work in the market has dropped significantly and a decline in revenue and the result is therefore inevitable.”

In this highly volatile and sturdy oil market, service companies compete to provide the best service to the oil and gas players.

In turn, oil service companies’ executives have been tightening their capital budgets, waiting for a price recovery. This trend has created a hurdle in introducing new technologies that entail high costs, leading to missed opportunities by the operators who could have reaped the benefits of best in class technology.

The current market trends, nonetheless, indicate that the service companies business may soon witness a boost. According to the Organization of Petroleum Exporting Countries’ (OPEC) Q1 report in 2016, the crude oil price is expected to rise as the supply-demand curves will stabilize. Oil expert and President of Cornerstone Analytics, a research firm, Michael Rothman, predicted in an in-depth exclusive strategy session with CNBC in June 2016, that oil prices will surge above $85 a barrel by the end of the year. The International Energy Agency’s (IEA) oil market report forecasts that the oil production demand will exceed supply already in the third quarter of 2016. According to Bloomberg’s analysis published in February 2015 – Oil Prices Could Jump 50% by the End of 2016, Goldman Sachs Group Inc. forecasted that the global surplus that fueled oil price decline to a 12-year low will shift to deficit as the US output falls. Saudi Oil Minister, Khalid El-Falih, previously stated that the Saudi kingdom would work with other producers to stabilize the market.

These positive forecasts imply that more investments are likely to be injected in exploration and more bid rounds may take place, paving the way for service companies to provide their products and services at a high rate. Against this background, the imperative seems to be shifting away from oil prices stabilization towards efforts to push the frontiers of technical boundaries that would allow service companies to operate sustainably over a long period of time. Service companies’ leaders are thus enthusiastically looking beyond cost-cutting in order to build up a viable strategy and design creative and viable solutions that would help them thrive in a prolonged period of market competition.

The company announced at the Offshore Technology Conference in May 2016 the release of the first commercial application of microfluidic analysis technology in the oil and gas industry – Maze microfluidic Saturates, Aromatics, Resins, and Asphaltenes (SARA) analysis for reservoir fluids characterization. The Maze microfluidic SARA analysis couples novel microfluidic technology with spectroscopy. This method eliminates human subjectivity enabling precise SARA measurements, while decreasing turnaround time and use of chemicals by more than 85%.

The advantage of the Maze microfluidic SARA analysis is that it has industry-wide applications. It can be used for validating oil samples prior to Pressure, Volume and Temperature (PVT) analysis, understanding physical and refining properties, assessing crude oil value, and supporting flow assurance and geochemical studies.

President of Testing Services at Schlumberger, Amir Nessim, said: “Conventional SARA analysis requires extensive time and laboratory resources, and reproducibility has been a constant challenge.” The company thus managed to over this obstacle. Presently, the microfluidic chip technology has been accepted by Association for Testing and Materials (ASTM) International Standard D7996 as the industry’s best test procedure for measuring asphaltenes. He added that Schlumberger is now able to provide customers with “a sustainable method for SARA analysis that is highly accurate and efficient.”

As a result, more than 1,900 asphaltenes analyses using the microfluidic chip technology and 300 SARA analyses have been successfully completed across the company’s global network of research centers and reservoir laboratories, according to data provided by Schlumberger’s official website.

A goal to promote a high-tech service industry and drive more revenues has stood in the focus of companies that provide services in the offshore sector in particular. Safety solutions became a priority. “The constant development of technology is largely based around increasing the safety of these operations to ensure the crew and the environment remains safe,” said, Alastair Cole, Drilling Sales Director of Spencer Ogden Americas.

The system helps increase reliability and efficiency to offshore drilling operations, yet other technological products are to be developed in order for the sector to be able to comply with global environmental requirements.

Similarly, the safety of personnel has been on service companies’ agenda since that the failure to secure a gangway to the open sea may put the whole offshore business of the oil and gas companies at risk. Barge Master teamed up with Bosch Rexroth to develop a next generation motion compensated gangway, which is designed to safely transfer personnel from ships to offshore platforms. The innovative solution that was released in late August is to be delivered to their client in the second quarter of 2017.

Giant oil field service companies such as Halliburton, Schlumberger, and Baker Hughes provide high quality services using new technologies, and thus define the parameters of market competition. They are among those that swiftly responded to the challenges in the market and combined efforts to provide environmentally clean and innovative solutions that would give them a leverage to withstand oil price decline.

In order to conduct successful well tests, substantial amounts of oil must be brought to the surface, which is most often flared, producing environmentally dangerous emissions. These emissions are highly toxic in ecologically sensitive areas and cause harms to the atmosphere and marine environment, in the case of offshore drilling. Several service companies have already acknowledged their responsibility for preserving the marine life and act accordingly.

Halliburton has introduced the environmentally distinctive burner to quantify produced emissions. The burner has patent features such as the nozzle control which can precisely control the flow of oil and air, allowing the nozzle to be closed without any unburned fuel escaping. Utilizing the combustion air supply, these nozzles are controlled remotely and powered by an integrated pneumatic system. As the components of the control work together, they allow the burner system to individually control the position of each nozzle. The nozzles are vertically arranged with carefully overlapping patterns to allow the ‘Cross Lighting’ feature of the nozzle regardless of wind conditions. This feature reduces the severity of radiant heat of the rig as well.

In addition, there are other features for the burner system such as the rotation system, and the burner management system, which contains the logic and controls for the entire burner control system such as safe start up for operations, remote operator interface feature, dual ignition system, combustion air utilization for pneumatic system, and system over-temp safeguards.

According to the tests, the company’s distinctive burner has achieved high performance characteristics. Its fallout efficiency has reached 99.9995%, based on fallout target testing, stated Halliburton’s official website statistics. Combustion efficiency stood at 99.4% and destruction efficiency reached 99.5%, with carbon dioxide emissions not exceeding 41 lb CO2/MMBtu when tested.

Based on the successful results, the product promises to increase Halliburton’s revenues in the long run if the company keeps its current strategy that brings to it a competitive advantage in the market.

Baker Hughes is another high profile oil and gas service companies that has demonstrated an eco-friendly strategy in the offshore sector. To help contain fluids from escaping up the wellbores, Baker Hughes announced in September 2015 the launch of its deep shield water safety valve.

The safety valve functions at extreme depths and pressures thanks to its redundant operating system. The valve further reduces the infrastructure costs required to maintain higher wellbore pressures during operation. In this sense, Vice President of Completions and Wellbore Intervention at Baker Hughes, Zac Crouch, said: “We are committed to protecting people, habitats and the environment, and the deepshield valve reinforces this commitment in offshore deepwater wells.”

Achieving a new record of deepwater operations safety, Crouch added: “Because our rigorous safety valve testing protocols already exceeded earlier validation standards, we were able to quickly integrate the new specifications into our testing program. Baker Hughes is the first company to meet the new V1 validation, which marks a new standard for safety and reliability in the Gulf of Mexico.”

In fact, service companies need to continually drive improvement for technology. This requires ongoing assessments in order for the companies to be able to tailor new equipments and solutions to their clients. The assessments must go deeper than checking with operators if everything is on track or not. Instead, platform visits by service companies’ managers, frequent communication with engineers, and regular in-depth consultancy with technicians, are a prerequisite for a sustainable business strategy. With these inputs, pursuing high levels of technological innovations will significantly increase reliability of service companies’ products and help them sustain a profitable business.