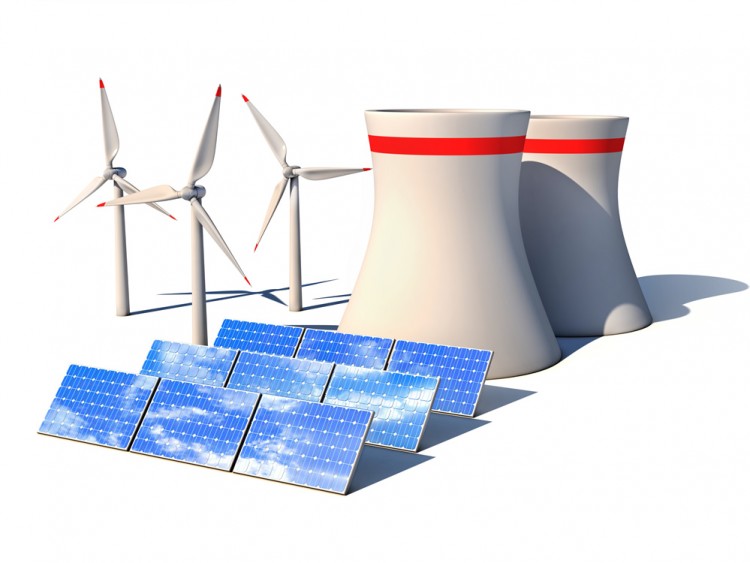 The Hurghada-Cairo road follows the Red Sea’s tranquil sea coast; the slightest swerve could drive a bus full of Egyptians, and the occasional foreigner, straight into the crystalline water. Opposite the Red Sea, the desert opens up in all directions, making the journey a pleasant experience, albeit the long bus ride The scenery turns extraordinary the moment the highway reaches the wind farms; their giant wind turbines rising like palm trees in the desert, a scene more suited to Germany than Egypt.

Wind farm projects in Egypt are an astonishing example of the emergence of the renewable energy (RE) field in Africa’s largest urban hub. The Egyptian Ministry of Electricity and Renewable Energy kick-started 2015 with a strategy to boost the renewable energy share by 2020—12% wind, 6% hydro and 2% solar— with an upsurge of private and governmental projects that illustrate the future of Egypt’s renewable sector.

Setting the field for Renewable Energy:

Last September, the Ministry of Electricity and Renewable Energy implemented the feed-in-tariffs system, which sets a competitive price for RE to further attract investment. The tariff scheme will increase RE by 33% from government projects and 67% from private sector projects, as projected by the New and Renewable Energy Agency (NREA).

“The significance of the Egyptian feed-in tariff scheme has to be measured relevant to the global solar market,” says Ahmed Zahran, CEO of KarmSolar, an Egyptian solar technology and solar integrator company. “There would have never been a renewable energy market for the connected grid, had there not been the feed-in tariff scheme. ¨

To facilitate and encourage the private sector to invest in RE, the Egyptian Electricity and Consumer Protection Regulatory Agency (EgyptERA) implemented net metering system. The system allows the consumer to install photovoltaic systems on their rooftops and connect them to the national grid at an attractive price, allowing them to sell electricity to other consumers.

Finally, heavy industries are not exempt from government’s efforts to steer Egypt toward a cleaner and more sustainable energy mix. As of late September, the Cabinet requires heavy industries, such as the cement industry, to designate a percentage of their electricity consumption to renewable energy resources.

Under the feed-in-tariff, the Electricity Transmission Company (EETC) and other distribution companies, will purchase electricity generated by RE power plants at a fixed price for a period of 25 years for photovoltaic projects (PV) and 20 years for wind projects.

“The tariff is not the best price or the best scheme to have,” argues Zahran. The Feed-in-tariff for PV power plant range between 84.4 P.T./kWh for less than 200 kW installed capacity, to 14.34 $ Cent/kWh for installed capacity 20MW- 50 MW.

“The plan was 2,000 megawatts of solar over two years,” continued Zahran. “We were expecting four or five rounds of applications, but they got 11,000 for solar and 3,000 for wind on the first round” he explains. “This is telling you that there is a huge market and many companies are interested, knowing that the feed in tariff is the lowest profitability that we are getting.”

KarmSolar focuses on creating personalized solutions for its off-grid clients, and recently began contributing to the national grid through the feed-in-tariff. “We have been working in solar since 2011,” said Zahran. The idea came to Zahran as a combination of innovation and pragmatism. The need to utilize Egypt’s prime position for solar energy, with Egypt being one of the sunniest spots in the world, came as a natural measure to Zahran.

“You want to do something that is straightforward, that requires the least maintenance possible and that doesn’t have turbines so that you don’t have to do very sophisticated maintenance, “ Zahran said matter-of-factly. KarmSolar´s main competitor is diesel, “so we are offering solar solutions that should be cheaper than diesel,” he concluded.

The NREA plays an important role in solar energy. The Egyptian Solar plan was drafted to utilize about 3,500 MW from solar energy by 2027. The low cost of photovoltaic electricity generation will guarantee growth in solar energy. For this reason, NREA already has two projects under way— one in Hurghada and Kom Ombo (both 20 MW) expected to become operative in 2016 and 2017.

The government has committed to implementing 2,400MW of wind energy in the upcoming years. “The Gulf of Suez is first priority,” said Eng. Ashour Abdel Salam Moussa, General Manager of Wind Energy Department at NREA. “We also have good wind speed in the East and West Nile.”

The NREA has been a pioneer of wind energy in Egypt and there are currently two wind farms in operation: the Hurghada wind farm and the Zafarana wind farm.

Then there is Zafarana, NREA´s large-scale project, whose turbines rise gracefully to decorate the small town of Ain Sohkna. The installed capacity of Zafarana is 545 MW and last year alone, the wind farm generated 1287 kWh.

In addition to the two operating farms, NREA is launching six projects for 11,400 MW of installed capacity, mostly in the Gulf of Suez, which has a tremendous average wind speed ranging from 7 to 10.5 meter/second.

The wind farm projects in Gabal El-Zayt, the Gulf of Suez and the West Nile will range between 120-220MW installed capacity once they are operative. They have the support from countries like Japan, United Arab Emirates and Spain.

“By 2018, 1,340MW will be implemented by NREA and 3,470MW will by the private sector,” speculates Eng. Moussa. “Itagen, an Italian company that invests in the Egyptian cement industry, will implement 120MW in Gabal El-Zayt under the Independent Power Producers Scheme,” he said. Under this scheme, independent producers are responsible for selling the electricity produced to their own consumers and factories.

The wind power tariff scheme varies by Full Operating Hours (FOH) for a period of 25 years. Within the first 5 years, projects of a lesser FOH will be paid more for kilowatt/hour than higher FOH. Consequently, the price will increases for low FOH, and decreases for high FOH for the following 15 years. For example, an FOH of 2500 is paid 11.24$.Cent/kWh the first five years and at 11.48$.Cent/kWH the following 15 years, while a 4000 FOH is paid 9.57 $.Cent/kWH initially and is paid at 4.40$.Cent/kWh the last 15 years.

“Egypt has more than 30 million tons of agricultural crop residue that is not utilized,” said Tariq Oraby, CEO of the Egyptian Center for Alternative and Renewable Energy (ECARE), a company that turns solid organic residue into wood and agro pellets to generate renewable energy.

A business like ECARE is intrinsically tied to sustainability as it reduces the health problems associated with organic waste in urban hubs and methane emissions. Cairo’s waste collection system is a complex network of government and “zabaleen” (garbage collectors) systems, and its convoluted, informal state presents a challenge for the future of biofuel.

Oraby’s wood and agro pellets target the cement industry in Egypt and abroad. “We care about the environment” said Oraby referring to the reasons why he created ECARE, “but wind and solar energy are too expensive.” As a result, Oraby is one of the first investors in biomass in Egypt and a firm believer in its potential to expand.

ECARE is not the only private company investing in biomass, there are other smaller players, but Oraby considers himself the strongest. Within the next months, he plans to export agro pellets to European markets to bring the message home that biomass is worth investing in Egypt.

“If we finish the other nine production lines, we can give Egypt 2000MW and we would be getting rid of 1.5 million tons of agricultural residue,” said an optimistic Oraby

Diversifying the energy mix amid the crisis

“Egypt is going to be one of the most important countries in renewable energy” claims Zahran resolutely. “What we are trying to do is to use the energy problem to create an industry.“

Egypt experienced the peak of the worst energy crisis in decades during the hot summer months of 2013, startling not only consumers, but also government officials and foreign investors in the oil and gas industry. Even though the situation continues to improve, mostly due to oil subsidy reforms and the increase of natural gas prices, Egypt is expected to become a net importer of natural gas starting 2030; thus the imperative to diversify the energy mix.   “If you don’t have the money to invest and you need power, you will start looking for different alternatives to try to get that power,” elucidated Zahran.

China is leading the way in RE with around 67.7 GW of wind capacity, with the United States falling slightly behind producing 60 GW. Like India, which is 5th on the scale of highest wind energy producers in the world, China is acting to meet its growing domestic energy demand as it can no longer be satiated with conventional energy sources alone. Ten years ago, China was not producing wind energy at its current rate, which demonstrates that proper government policy and incentives can catapult RE in a short period of time.

¨The advantage of renewable energy is that it can deliver energy quickly,” argues Zahran. “At the same time, the government wants to attract different kinds of energy investors because it is energy hungry.”

However, Egypt RE sources will not entirely replace their conventional counterparts in the national grid, says Eng. Moussa. “Wind energy has a limit of penetration,” he explained, “it should not exceed 20% of the grid’s feed in order to not disturb the grid. Yet, RE combined with natural gas is important to maintain the energy mix.”

While the government´s aim to increase the RE share by 20% is ambitious, taking into consideration Egypt’s current RE output of 1% of its total energy supply, different key players and experts can attest that renewable energy in Egypt is inevitable.