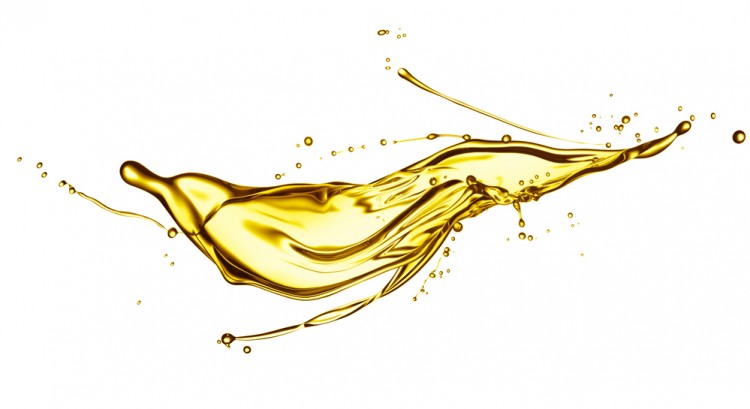 Optimization is one of those catchall terms that has taken the business world by storm, not least in the petroleum sector. Even our own newspaper is hosting a convention centered around it. In truth, optimization is an engineering concept straight out of the textbook, amply used by mechanical and electrical engineers to reconcile opposing priorities. In the world of petroleum engineering it is about balancing cost versus quality and getting the best (optimal) technological result within existing financial constraints.

The classic example used, to cite H. Dale Beggs, “Production Optimization Using Nodal Analysis,” is optimizing tubing size. If too big not only is tubing expensive but it also gives zero pressure, if too small it is cheap but it also restricts the flow to a mere trickle, forcing companies to spend extra cash trying to stimulate more fluid. Cost cutting, by contrast, means sacrificing quality, a recipe for disaster in such a technically intensive field as petroleum. Leaks, blowouts, explosions, oil spills, etc. are sure to follow. Oil companies optimize when they are hard-pressed for profits.

There could not be better time to hold this convention; if only for the simple fact that optimization thrives specifically in a low price environment. At the same time, optimization does not mean maximization of production; because this can lead to the poisoning of wells (corrosion, pollution, earth stability), leaving nothing but hard oil at the recovery phase that is increasingly expensive to extract.

Two of the key issues to be discussed at our optimization convention are the effect of contractual and commercial terms for this fledging sector, as well as oil recovery. If you leaf through previous issues of Egypt Oil and Gas, you will find the front-page headline “Time for Optimization” in March of 2009. The term pops up again in even older issues, along with oil recovery, but always at the tentative stage of discussion. The task at hand then, is to identify what has been holding optimization and oil recovery back all these years in Egypt; from there outlining just how significant a role these two petroleum initiatives can play in the country’s economic future.

Dr. Magdi Nasrallah, founding chair of the Department of Petroleum & Energy Engineering at the American University in Cairo, affords an answer as to why optimization has not already taken root here: “You can only attract foreign investment for optimization if you have a clear vision and reliable and permanent laws that investors can use to assess their prospects. If the exchange rate or taxes or labor laws suddenly change or the government cannot guarantee that it will pay its debts to foreign oil companies, you do not have this kind of clarity. Spending $2bn on R&D can only happen if you have guarantees that the results will be taken up. For optimization to take hold here you need incentives. You also need good, clear documentation. The Egyptian government needs to state explicitly that optimization is a priority in order for research to be geared to it. It cannot just say, generally, that we ‘need’ research.”

These are the usual problems that confront the petroleum sector in Egypt—stifling bureaucracy and an insecure policy environment. It is just that optimization is even more sensitive given how dependent it is on R&D funding. Nonetheless, Dr. Nasrallah was optimistic, “at least optimization is being talked about now and the private sector is providing financing. It is a step in the right direction.” He also has observed that the Egyptian government has accumulated enough lessons over debt repayment, cost recovery, and auditing the expenses of international oil companies to handle policy successfully now.

Shawky Abdeen, General Manager at PICO, has also argued that “decreasing the period of cost recovery to be in the same year” (on an annual basis), is a good way to attract investments into both brownfields (exhausted wells and depleted reservoirs) and marginal fields (uneconomical new wells suffering natural low productivity).

From Abdeen’s long geological experience in Egypt, he knows that the country’s petroleum future at the level of exploration lies specifically in such smaller, lower productivity wells. By Egyptian standards these would be fields considerably smaller in size and productivity than the Morgan/Belaym and even Helal/October fields. Other incentives that can be offered at the tender phase would be to “offer the exploration data free in certain areas of high risk or with minimum cost.” Such measures are called for especially in areas like the “Mediterranean in the deep water (1000 m depth), where drilling a well might cost over $300m.” Even oil-rich Gulf States are optimizing everything from production to storage to refining—signing brownfield contracts, investing heavily in oil recovery R&D, and shifting gears towards energy efficiency and making their petroleum sectors leaner through small tech startups.

The more optimized a company is beforehand the more resilient it will be to price shocks. This is particularly true when it comes to such a capital and resource intensive an area as oil recovery, which normally thrives on the opposite situation – high oil prices. Indonesia, a country saddled with both brown and marginal fields, has also been laying the regulatory groundwork for optimization for quite some time now. Again, the focus is changing the terms of Production Sharing Agreements (including cost recovery), as well as streamlining the procedures for approving development plans, and investing in the kind of infrastructure needed to attract the right technology and knowledge for the job.

There is more at stake here than just petroleum production and profits, to cite the research findings of energy-related global management consulting firm Bain & Company: “How national oil companies can fuel economic development” by John McCreery, Jose de Sa and Juan Carlos Gay. Investing in the oil technologies of the future, such as optimization and oil recovery (among others), can upgrade the science and technology base of an entire country thanks to the combined effects of “value-added tech startups” in the oil and gas service sector as well as “supply-chain management.” McCreery, head of Bain & Company’s Asia Pacific Oil & Gas office, adds that in Egypt’s case the “Gulf of Suez and Western Desert are very mature operations” that demand both EOR and optimization to “maintain cost effective operations and push reservoir recoveries.”

Optimization experts say that you need a skilled workforce and a lean frame of mind, avoiding wastefulness especially as it pertains to staffing. That does not necessitate automation however. As Dr. Nasrallah explains: “most operators demand manpower to monitor the process. Wireline engineers, for instance, actually have to be dropped into the well with logging equipment. It is not something you can do from your office and expect the results to be reliable. You have to test things onsite, and cannot produce without doing this first.” If anything, optimization can actually create jobs. Hamid E. Ali, AUC associate professor and chair of the Department of Public Policy and Administration has stumbled upon similar conclusions in his paper (with Sara Sami), “Inequality, Economic Growth and Natural Resource Rent in the Middle East and North Africa.” Across the board it was found that the more value added to the sector, the greater the growth and equality effects. (He was taught on inequality by his intellectual mentor, world famous economist James Galbraith).

Growth, Dr. Ali explains, is impossible without accessible and affordable energy, a problem Egypt is facing increasingly because the energy quota for manufacturing is constantly being decreased in favor of household consumption.

One of the policy errors made repeatedly in contemporary Egyptian history is an overemphasis on capital-intensive, labor-saving technologies, Ali added, and nothing boosts demand like jobs. Egyptians, Dr. Ali says, are constantly spending, and with a significant boost in job creation, this could translate into real economic growth. “With a population of 90 million you have tremendous buying power. The important thing is to retool and retrain the Egyptian labor force and capitalize on the country’s strategic location. It is closer to the world’s centers of wealth than either Singapore or the UAE. The coastline and Suez Canal need to be developed logistically to connect Egypt’s petrochemical industry to the outside world and transform the country into a maritime hub attracting the right kinds of investment,” Ali finished.

In a similar vein, McCreery argues that to be genuinely viable, investments need to focus on “leverage points like natural resources or the size of local demand” or transportation costs. All utilize comparative advantage in a more systematic fashion. Government policy can help facilitate this matching process through sponsoring enterprise zones, capability development (R&D financing, oil and gas universities), as well as loans and venture capital for small and medium-sized firms. (Much like the Suez Canal Area Development Project). Such locally grounded oil economies are also much more capable of withstanding employment shocks. When oil multinationals shut down facilities and lay off workers, the same workers are reemployed by domestic firms; or they go into business themselves through startups.

So, wherever you look, whomever you ask, you find the same answer. A combination of oil recovery and optimization can solve many of our most persistent problems. The trick is to find the right policy framework to sustain this set of oil industry best practices. In the current price situation, it’s quite literally do or die time!