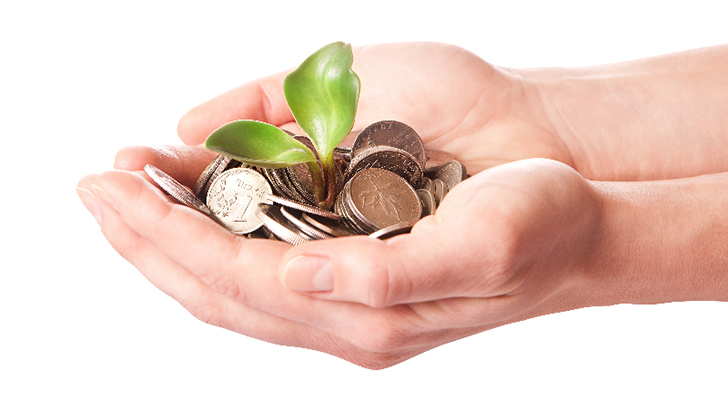 Corporate Social Responsibility (CSR) has recently turned into a buzz word that is trending among all the savvy oil and gas companies all over the world. These companies are frequently caught publicizing the contributions they make to the economic development of their hosting communities, which focuses on ethical, philanthropic, and environmental practices.

The concept of CSR has been changing throughout the last two decades, however, the first mention of CSR came in the early 1950s, a few years after the birth of large corporations in the US. In 1953, Howard Bowen, the man who may be considered the father of CSR, addressed the societal expectations towards the business people. In his book Social Responsibilities of the Businessman, he preliminary defined CSR as referring to “the obligations of businessmen to pursue those policies, to make those decisions, or to follow those lines of action which are desirable in terms of the objectives and values of our society.”

Nowadays, CSR is framed as an on-going business approach that focuses on how corporate entities can continue their pursuit of wealth creation in harmony with their surrounding environments and indigenous societies. It is considered as one of the top ten challenges that oil and gas companies come across during their lifespan, especially in the third world countries like Egypt, where there is a bad need for all three types of CSR.

The whole challenge lies in balancing between implementing ethical, philanthropic, and environmental CSR projects, while maintaining healthy relationships with all the company’s stakeholder groups, and pursuing the execution of the company’s interdisciplinary operations.

An important element that corporations of all activities and sizes should become cognizant of, for the sake of the profitability of their own business, is the opportunity cost that is associated with choosing to offer only some of more convenient CSR practices. In order to maintain profits that the companies strive for, they should instead rely on a combination of all three CSR projects targeting economic, environmental, and social welfare of societies.

As former President and CEO of the Montreal-based Rio Tinto Alcan, one of the world’s leading companies in aluminum mining and production, Travis Engen, once explained, investing in implementing all three types of CSR gets reflected on a company’s financial statement. According to a book by David Etken – Disaster Theory: An Interdisciplinary Approach to Concepts and Causes – published in 2014, Engen emphasized: “We know that the profitable growth of our company depends on the economic, environmental, and social sustainability of our communities across the world. And we know it is in our best interests to contribute to the sustainability of those communities.”

In other words, the more homogenous CSR projects a company provides, the less profitable it may become, as it may face major struggle in managing its good relationship with wider society that translates into company’s public image and reputation.

The global oil giant, Royal Dutch Shell, widely recognized as the leaders in the corporate citizenship, has proved that the social responsibility comes in different colors.

In 1995, Shell faced a huge scandal that was related to its lack of capability to meet its ethical responsibilities. The company was accused of complicity in the execution of nine activists that were striking against its operations in Nigeria. The activists’ deaths have started a wave of global protests against the Dutch-based oil and gas giant. As a result, the company has struggled with law suits and faced $15.5m in fines. Human rights violation reports accusing the company of involvement eventually led to a boycott of Shell’s products.

The deadly incident threatened company’s global reputation and public image, despite the fact that Shell might have invested in material improvements of communities’ infrastructure before. Yet, in this instance, it has failed to materialize its complex social responsibility with tragic outcomes.

Another major challenge for oil companies relates to the environmental needs of communities, both locally and globally. Oil and gas operations often heavily pollute the surrounding environment, especially during a company’s exploration and production period, when huge volumes of hazardous chemicals are produced.

Therefore, the priority of environmental CSR actions should be taken into consideration with highest urgency in order for a company being able to strike a balance between its societal obligations and corporate interests.

In 2005, BP, another major oil company, failed to achieve this outcome. The company witnessed a dangerous environmental CSR related incident when a group of Colombian farmers filed a lawsuit against BP alleging that the laying of one of its pipelines on their land has caused them severe environmental damage as it resulted in soil erosion, spoiled crops, and fish ponds being starved out of water. The trial, which is considered to be one of the largest environmental legal cases, has lasted for almost a decade, as more farmers kept on bringing up their testimonies and demanding millions of pounds in compensations.

The lesson learned from the BP case strongly suggests that CSR practices should come as a complex package. Instead of choosing a set of CSR projects that companies may find most appealing in terms of their budgeting and PR profiling, it is paramount that energy actors seriously consider a variety of social needs as spelled out by each specific community and in line with global sustainable development goals.

It is in this way that both the corporate sector and local societies can benefit from the CSR, which offers a space for a win-win outcome for both involved entities. It is one of the key CSR fundamentals to enrich both a company and its hosting community simultaneously. The intended win-win scenario entails that companies reflect on actual communal needs and address them in cooperation with affected societies.

The positive aspect is that the majority of the international oil and gas companies have already realized the importance of CSR seeking to avoid the negative balance sheets, damaging the environment, and eventually harming their global reputations. CSR has thus been portrayed as a crucial aspect of energy businesses.

This win-win scenario is yet slightly different in Egypt due to the fact that the country suffers from major environmental pollutions on a large scale. Oil and gas companies operating in the North African nation have, undoubtedly, contributed greatly to boosting local communities’ potential and capacities. Nonetheless, their input in terms of environmental projects comes in a limited scope. Instead, the community development programs that meet immediate social needs of impoverished areas have dominated CSR actions in the country. Yet, the urgency to promote the importance of sustainable development and environmental improvement in Egypt is growing at an alarming pace.

Therefore, it appears more relevant to reconsider single-minded societal material contributions in favor of a comprehensive approach to revitalize the environment with a focus on the scope of irretrievable losses that local communities have likely suffered from due to the nature of oil and gas industry operations.

As the global trend suggests, oil and gas actors seem to have been repeatedly stumbling upon the same conundrum regarding the CSR practices. Therefore, the recent calls aim for more comprehensive and balanced CSR strategies to sustain a win-win equation between the corporate entities and societies.