CHANGE; BUT FOR BETTER? What Egypt’s Shift in Energy Policy Means for the Future 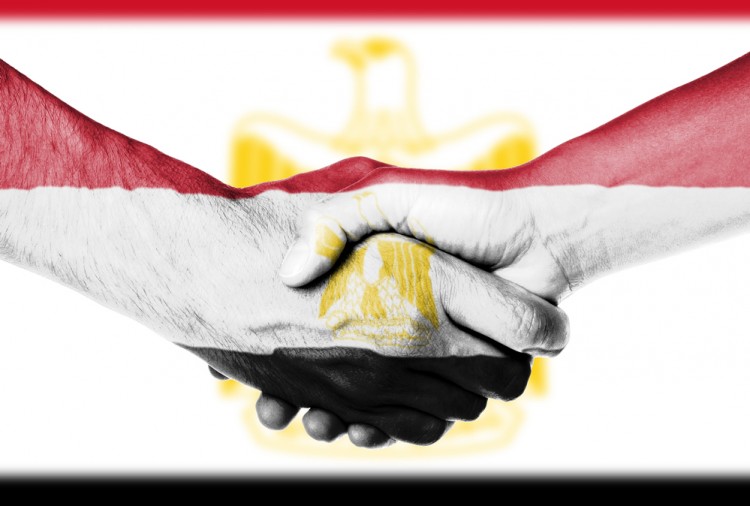 A famous Japanese proverb states, “The bamboo that bends is stronger than the oak that resists.” If there is any entity that has taken this advice to heart, surely it is the Egyptian energy sector. Over the past few months the Egyptian government, in the face of mounting debts and crippling energy demands, has slowly started to reform its energy policy.

Once hesitant to change the long-standing policy of high fuel subsidies, Egypt is now showing a willingness to cut subsidies and create an environment that encourages top energy companies to extract. Fuel subsidies, which artificially keep prices low and constitute a large part of the nation’s budget, have been lowered in recent months. Prime Minister Ibrahim Mahlab has stated he expects to eliminate them completely “within 3-5 years.” Another positive development has been the government’s recent focus on settling debts with foreign energy firms; a major obstacle to growth in the sector. New licenses for drilling and exploration have been freshly issued. While many obstacles remain, the fresh approach by the Egyptian government appears to be a step in the right direction.

It is no secret the beginning of this new era of Egyptian energy policy coincided with the inauguration of President Abdel Fattah El-Sisi. The president’s new administration has sought to alleviate the country’s energy problems by tackling many of the inefficiencies that have held the energy sector behind. One of Sisi’s first acts as president was to reduce fuel subsidies that had been draining government coffers.

While previous administrations were unable to cut subsidies for fear of a political backlash, the new presidency indicated early on its will to tackle pressing issues regardless of their political implications. The diminished subsidies are an indication of the direction of Egypt’s energy policy. President Sisi himself stated in a televised address that reducing fuel subsidies were a “bitter pill” necessary for the country to swallow. The result of the reduction in subsidies has, in addition with the lowering oil prices, undoubtedly helped ease the state’s energy expenditure.

As the state’s financial situation improves so too does its ability to repay overdue debts to foreign energy firms. While contract and payment disputes were common in previous governments, the current administration has strived to better relations with these firms by settling accounts. So far, the government has paid back over $3 billion and is on track to settle all of its accounts by the end of the year. The importance of these developments not only applies to current accounts, but also to public perceptions of Egypt in the eyes of energy firms. Petroleum Minister Sherif Ismail said in a statement earlier this year that the government “is aiming to reduce the sum of money owned to foreign partners…to motivate them to pump more investments.” For oil and gas companies currently operating or considering investment in Egypt, payment of outstanding debt signifies the intent to reenergize the nation’s energy production and development.

Coinciding with the renewed relationship with energy firms, the Ministry of Petroleum has also started issuing new exploration and drilling licenses for natural resources. Just this past December, the ministry agreed on its first shale gas exploration licenses with Apache Corporation and Shell Egypt, a subsidiary of Royal Dutch Shell. Similar licenses have been awarded to Italian giants Eni and Edison. The Ministry of Petroleum has also encouraged bids for fields in the Nile Delta and deep-water prospects in the Mediterranean. While in the past these projects took months of negotiation and ran into numerous obstacles, the new administration appears determined to quickly come to agreements with companies and remove as much red tape as possible.

Despite the positive environment that is being created, caution should be exercised. Although the government has taken numerous steps to reform and is beginning to create an energy market more conducive to investment, the falling price of oil poses a significant challenge for energy firms. While the low price is good for consumers and net importers –such as Egypt– it can be toxic for energy companies, especially those investing in unconventional techniques such as hydraulic fracturing or deep-water drilling where just extraction costs can be anywhere from $40-60 per barrel. To make matters worse, the international price for oil is not expected to go back up any time soon.

Ahmed Farid Moaaz, country manager for Sea Dragon Energy, believes we will not see the price go up until at least “mid-year.” In addition to the price, he also warned of the other major barrier Egypt’s energy industry, public sector bureaucracy. He remarked that the process of dealing with government entities can often be chaotic and “kills investment.” According to Moaaz, the primary reason for bureaucracy within public sector companies comes down to a lack of skilled management. “I want this country to flourish…but what is apparent with public sector companies in Egypt is that they need proper managers, people who know how both the public and private sector works,” he explained. In that regard, time is still needed for the president and cabinet ministers to have their reform-minded agenda reach the lower levels of these government-owned institutions. However, when looking at the overall picture, Moaaz is more optimistic. “You have to give credit to the administration for what they are trying to achieve. It may be a bad year for the oil sector but it will be a great year for Egypt.”

What should we ultimately make of the recent developments in the government’s approach towards the energy sector? There is no doubt the signs from the current administration are encouraging. A sector that has long been overshadowed by mismanagement, disputes and unfulfilled potential could very well be on its way to a more productive future. Taking the difficult, yet necessary, steps to reduce subsidies will reap benefits in the long run. Settling debts with foreign firms boosts investor confidence and could potentially open up new avenues of capital. If any significant finds are made in areas where new licenses are issued, Egypt might return to being a net-energy exporter.

However, obstacles still remain. The falling oil price will continue to affect the energy industry and weak management could derail the progress that has been made. Therefore, it is reasonable to conclude that while we should rejoice at the improvements that have been made, we should remain cautious. While bamboo may bend, it can easily spring back into place.