BREXIT: CURRENT AND POTENTIAL RAMIFICATIONS ON THE ENERGY MARKET 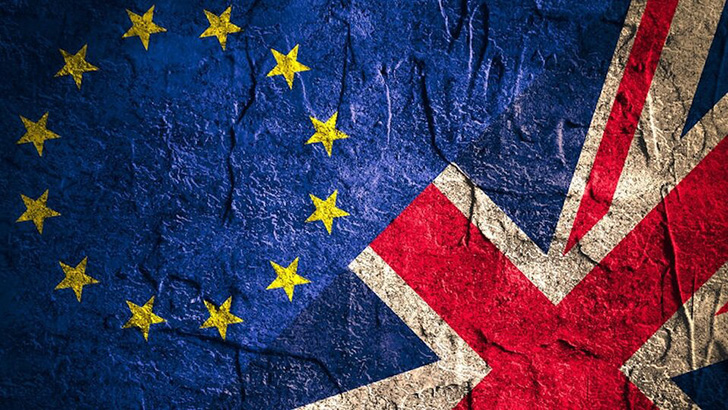 Britain’s Exit from the European Union has sparked conflicting debates among world leaders, signaling huge economic and political consequences that render the future of the UK obscure. In late March 2017, British Prime Minister Theresa May has invoked article 50 of the EU law that triggers the start of the two-year process for a country ditching its European membership.

Brexit’s lengthy and complex negotiations on UK’s relationship with Europe and its trade agreements are still in question. However, the repercussion of a Brexit ‘Yes’ vote on the energy market has been felt across the country even before the prime minister starts the exit process, and will likely continue to have a sounding effect on the industry.

As a matter of course, Brexit creates uncertainties regarding the UK energy supply, as inferred from Premier Global Consultancy in their article – Brexit Effects on Oil and Gas Industry. The United Kingdom became a net importer of petroleum products in 2013, with the Netherlands and France being its major oil suppliers. Inevitably, Leaving the EU will affect UK’s relation with other EU member states and could hamper smooth export endeavors.

But Energy supply to the UK is not solely tied with its relation with other countries. The value of the country’s currency plays a key role in affecting the supply of petroleum products. The British Pound did slump a day following the referendum and stayed around 15% lower against the dollar and 10% less against the euro as of late March. The depreciation of the British sterling against the Euro currency, undoubtedly, bears within gross consequences on the oil import matrix, resulting in hiking costs for the British oil market. It further places huge burdens on the British government finances with regards to its petroleum expenses.

In addition, a vote for leaving the EU has had substantial ramifications that had struck the British economy. In February 2017, inflation rate in Britain has reached 2.3% – its highest rate for three and a half years. This is beside the decrease in oil prices and political disturbances. From this point, energy markets have been concerned with the potential negative outcomes of Brexit on the energy supply and operations in the UK and its British counterpart in other regions.

Trade barriers in the energy sector are likely to arise alongside other political and economic dilemmas. As a matter of fact, most workers in the UK-based oil and gas firms, whether British or not, are employed by European companies. Exiting the EU will influence the trade of manpower as it will increase the cost of hiring British nationals by EU entities, which will prompt major European companies to direct their attention to recruit workers from other EU areas at a lower cost. This will highly affect the UK since that it will struggle with its limited manpower, that long depended on nationals across Europe, and issues of capital mobility.

Britain, therefore, is likely to find a hard time to attract labor force in the oil and gas industry. In turn, the British energy markets may seem unappealing to many foreign IOCs, a fact that may impact the flow of foreign investments to the country in the medium and long term, especially with the emergence of developing energy markets in other parts of Europe and the Middle East.

A possible outcome for Brexit is the loss of free movement which adds up to the immensity of the trade barrier issue. An EU vote-out means that British nationals may not be able to travel freely to Europe without a visa and, in essence, would need to apply for a work permit before working in Europe, a procedure that is not required for EU citizens. In essence, UK workers will be denied free movement in the North Sea area, located between Great Britain Scandinavia, Germany, the Netherlands, Belgium, and France, where extensive drilling operations take place.

A UK-Europe divorce has further extended to impact oil prices and foreign investments which have de facto reflected in the aftermath of a Brexit vote. This impact has been felt on the oil prices as the amount per barrel has slumped by $2 reaching to $48.30 per barrel, following the chaos caused by the referendum in the UK.

Even though in early 2016 the oil and gas market prices maintained a balance, Economists argue that financial changes caused by Brexit will continue to have an effect on the global oil prices. The long-term effect of the referendum and the price fluctuation will massively affect the oil and gas demand, which in turn can cause an economic slowdown and hamper energy investments in the UK. Being the cardinal element for major investment decisions, oil price instability has negatively influenced the confidence in the UK market and may, in the worst cases, lead to the cancellation of some major projects. Major companies such as British Petroleum said that the major investors may be reluctant over the situation in the UK until relative oil price stability is maintained. Investment tendencies may be further hampered as a result of political instability that will bring about unpredictability to the E & P market. Premier Global Consultancy article, in this sense, said that “long-term oil and gas market developments in the UK raise a big question mark, because the market has already begun to encounter difficulties.”

The effect of Brexit-ing the political scene will continue to reverberate through the coming years and the huge consequences are yet to be defined. Indeed, unpicking 43 years of EU-joint agreements and treaties covering political, economic, and security topics is not a straightforward task. Couple this with the fact that a historic decision as such has never been executed before and supervising committees will be negotiating means of leaving the EU for the first time.  The post-Brexit economic climate is likely to be the most anticipated and exciting to observe. Trade agreements, closely-tied with the energy market, may be the most complex part of the negotiations because they require unanimous approval of more than 30 national and regional parliaments in Europe. Will the UK be able to mitigate these risks and maintain a stable market?