BETWEEN EGYPT AND CANADA A Promising Energy Partnership 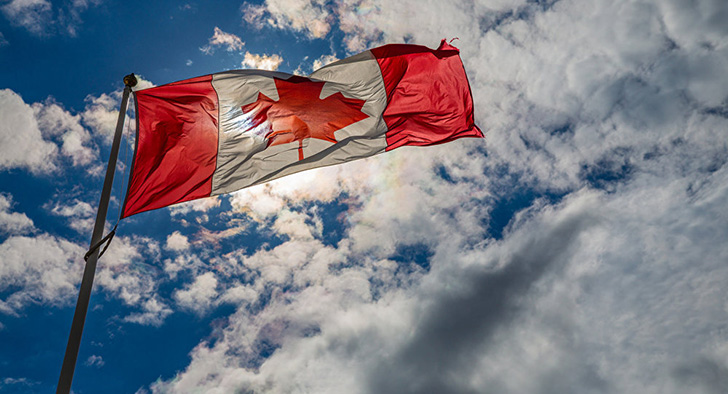 The Middle East region has long been deemed the world’s largest energy portal with huge amount of oil and gas reserves and international companies operating across the region, among them Canadian giants. As the Egyptian government has embarked upon a strategy to bolster its economy by developing its energy industry, which was showcased in many partnerships with foreign IOCs, Canadian companies have played an important role in this regard.

Canada’s energy sector is renowned internationally for its active drilling activities and top-notch expertise. Most recently, at the remarkable Egypt Petroleum Show (EGYPS 2017), the Canadian government, in collaboration with the country’s oil and gas producers, has confirmed its commitment towards developing the global industry by investing in different markets and transferring knowledge, tool, and expertise, in particular in the Egyptian oil and gas sector.

The Canadian delegation consisting of the country’s Ambassador to Egypt and representatives of Alberta region who were present at the major oil and gas event in North Africa held in February, praised the efforts taken by the Egyptian government and expressed their interest in bringing investments to the Egyptian energy industry. “The government has taken some very difficult and hard decisions that were absolutely necessary,” including “the floating of the pound, the exchange rates, the issues of the subsidies, new legislations, and reform of the sectors,” the Canadian Ambassador to Egypt, Troy Lulashnyk, explained to Egypt Oil&Gas. Even though these brave decisions take long time to be realized, the government is grasping an efficient strategy “to bring Egypt to a new and better beginning and even though it is very tough, it is moving in the right direction,” the Ambassador added.

Canada’s presence in the Egyptian oil and gas industry has been noticeable over the past years, yet the country’s players intend to bolster their involvement in the field. Canadian companies in Egypt “are active and the partnerships already exist,” affirmed the Ambassador Lulashnyk. Even though the economic situation in Egypt is yet to fully stabilize, the Canadian delegation showed eagerness in helping in the best way possible to expand the country’s engagements.

Canada’s key priority is to transfer its knowledge to Egypt’s industry since that “there are lots of opportunities in oil and gas, extractives, mining, and these are all domains where Canada have particular expertise in,” noted Lulashnyk. In this regard, there is a huge potential for Canada’s capital to come to Egypt, as the Canadian Ambassador elaborated: “In our meeting with the Minister of Petroleum, we talked about future opportunities.” The Egyptian-Canadian relationships are thus promising as Canada is striving to gain a strong foothold in the North African country.

In their discussion with the Egyptian Minister of Petroleum and Mineral Resources, Tarek El Molla, the delegation officials further affirmed that “Canada, ourselves [the delegation], and Alberta, are looking for a long term relationship with Egypt,” said Shane M. Jaffer, MIT, Senior Director, Africa, AIDO, & IFI’s Europe and Emerging Markets, Alberta, Canada, in an exclusive interview with Egypt Oil&Gas.

Prospects for successful Egyptian-Canadian partnerships revolve around multiple segments of the sector, one of them being the unconventional oil and gas. As the Egyptian oil and gas industry has taken significant steps in drilling unconventionally, namely in the Apollonia field, the Canadian contribution to the sector can be of considerable value. In fact, Canada stands out in this field and has the capacities and knowledge needed for drilling unconventional resources that require specific tools and expertise. “We have skill base and experience that knows how to do it properly, and how to protect the environment and do it in a safe way,” Rod Miller, Associate Vice President Corporate Training Solution, Southern Alberta Institute of Technology, explained to Egypt Oil&Gas. Accordingly, he noted further, with regard to training possibilities as part of the knowledge transfer scheme, “being trained by the methods that we have ensures that the individuals trained here [in Egypt] acquire knowledge in accordance with global standards that the industry requires.”

The Canadian companies are thus willing to transfer the technology experience and lessons learned to the oil and gas sector in Egypt. “A lot of the technology expertise that Egypt is looking for resides in Canada; from unconventional resources to marginal oil fields to issues of capacity building,” said Shane Jaffer. And “there is a huge advantage that Canada could transfer this knowledge,” he added. “The industry environment is becoming safer for expertise transfer, and the potential opportunity is here,” as he pointed out.

However, the knowledge of Egypt in Canada is not widespread. Hence, as Jaffer continued, “what we need to do with the help of our Egyptian friends is to increase the understanding of those opportunities that Egypt has and that Canada can contribute to.”

With the new discoveries Egypt has been making, including Zohr field, and striding steps towards drilling unconventionally, the Canadian Ambassador has faith that the setbacks that may hinder any progress in the industry are merely temporary and Egypt is undoubtedly looking at a positive future. The Ambassador explained: “The region is very competitive and there are many countries that have significant resources and face similar challenges. We look at long term economic plans, and how a number of countries are trying to diversify the economy and supplement the oil and gas with other resources. I am less worried about Egypt trying to compete with the other countries thanks to its reform processes in the oil and gas sector.” In order to achieve desirable progress in the field, “I think we need to be efficient, effective, bring more investments, and begin to use the resources that are available,” he concluded.

In line with the Egyptian sector’s modernization program that the government has adopted, Egypt’s future looks appealing for foreign partnerships. The Canadian Ambassador expressed his optimism for the industry especially that “good partnerships are being struck today and for the immediate future. It is a new beginning for Egypt.”

On his side, Shane M. Jaffer shared a similar view as he emphasized that recently held EGYPS 2017 offered a huge advantage for the sector as a driving force for striking new deals. “I hope we can partner with the Egyptian government to increase the understanding of the present opportunities for Canadian companies.” Hence, the Egypt Petroleum Show was really “a chance for us to get more engaged,” and “as we get more engaged, I see more of our investments coming here,” stated Jaffer.

A chance for Egyptian-Canadian cooperation to boost economies of the two countries, especially with both governments’ willingness to foster collaboration, is indisputable. “The discussion with the Egyptian government has been positive,” said Shane Jaffer, and “if we continue down this path, it could be a positive outcome for Canada and for Egypt as well.”

In this sense, Canada is looking forward to building the bridges and establishing a firm foundation for future cooperation that would allow for the transfer of knowledge that the country’s oil and gas industry possesses to Egypt through mutually profitable lasting partnerships.