Betting It All: How Saudi Arabia Is Gambling with Oil 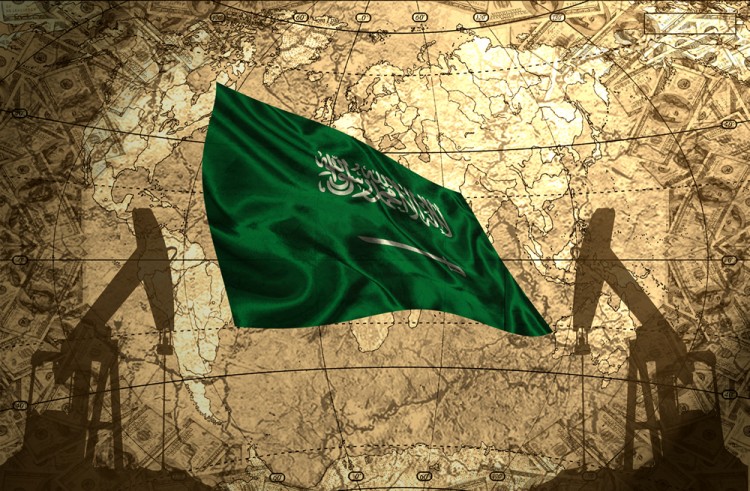 When the price for Brent Crude reached its peak in June 2014, few analysts or experts would have believed the longest and biggest oil boom in history was coming to an end. Or that prices would tumble to less than half their current price within six months. In the boom years, markets and experts had come to consider hundred-dollar oil as the rule, rather than the exception. Studies in the early 2000s on projected oil prices for 2015, when a barrel was expected to cost about $20, seemed laughable to say the least.

Why prices fell so fast

“In retrospect it seemed that prices were heading for a fall, but few thought it would occur when it did”, says Peter Kiernan, Energy Analyst at The Economist Intelligence Unit. “I don’t think anyone was expecting a fall this far though, to the mid $40 per barrel range.”

In past years, the energy and oil market was able to sustain high prices while new producers who did not belong to the Organisation of the Petroleum Exporting Countries (OPEC) made their breakthrough in the market. The surplus created mainly by US shale and light oil was easily absorbed by the growth in global demand. As long as oil consumption was growing, prices still averaged around $100 a barrel, leaving both the new and the old producers satisfied.

“But continued output growth in 2014, mainly from the US, and slower consumption pushed prices over the edge, and they have since been in free fall”, explains Kiernan. “When you have drillers in one country, the United States, boosting output by 4 million barrels a day in four years —at a time when demand growth is weak by historical standards— eventually something had to give”, he adds.

After reaching its peak, prices began to fall as the surplus in production was not met with an equal reduction in production. The failure by OPEC to reach an agreement to slow production in late November however, was probably more shocking than the price free-fall itself.

“Faced with a modest surplus of oil in the global market, a coherent cartel would have pared back its production, propping up prices and revenue”, wrote Michael Levy, a senior fellow at the Council on Foreign Relations. However, the cartel shifted away from its long-standing policy of defending prices, recognizing that a reduction in production might only result in losing market share to non-OPEC countries.

Why did OPEC not cut production?

According to Michael Levy, seeing the cartel as a well-functioning actor is a mistaken assumption. This is not the first time OPEC failed to coordinate well between its members in response to a crisis. In 2008, during the last oil crash, the group did not take action until prices fell from $145 per barrel to $60. Similarly, in the mid-1980s, Saudi Arabia had to flood the market in order to push its fellow OPEC partners to cooperate.

Peter Kiernan claims that “ in a sense, the non-action by OPEC so far is a choice, although not one that all OPEC members are comfortable with”. “There will be short-term pain for OPEC in terms of lower revenue, but as they see it, perhaps there will be longer term gain if their market share is protected by other producers cutting back output growth.”

The problem, Levy claims, is that OPEC is “a collection of countries with little in common aside from oil. Qatar doesn’t care about Venezuela’s future. Saudi Arabia would rather see Iran fail than succeed.” In such a selfish environment, “it is all too tempting for each member to encourage the others to cut production while doing nothing themselves.”

Still, energy experts had assumed that Saudi Arabia – who controls a third of the cartel’s production —would have weighed in to influence markets more, as it often has in the past.

Saudi Arabia gives a significant amount of cash to other countries —and to militant groups— to ensure its dominance in the region and to avoid threats to its stability. In addition, the kingdom’s response to the Arab Spring was to increase internal welfare spending to buy domestic peace. Analysts believed that Saudi Arabia was interested in keeping oil prices at an optimum level. High enough to maximize profits, but low enough to stimulate consumption.

However, even though the state is under pressure both internally and externally, the Saudis appear willing to gamble.

They know their foes – Iran and Russia in particular —are under much more pressure than them. According to analysts at Deutsch Bank, Saudi Arabia needs oil at over $104 to break even in 2015. Still, they might have enough monetary reserves —around $900 billion— to sustain about three years of hardship and still maintain their current level of spending.

But that might be a risk the Saudis are willing to take in order to leave its arch-nemisis, Iran, with a serious financial crisis and renewed internal pressure on the government. Iran needs oil at about $140 to keep state coffers full and funds available for its allies and proxies. Crippled by decades of sanctions, the country does not have substantial monetary reserves. Russia has also been hard-hit by economic sanctions over its policy concerning Ukraine, underscoring the difficulties the economy has already faced over the combined fall in gas and oil prices.

Saudi Arabia may also hope that a harsh economic setback in both Russia and Iran will lead the two countries to reduce their support of Bashar Al Assad in Syria, making it easier for Saudi-supported militias to gain ground.

Saudi Arabia seems confident that low oil prices will scare away the newer entrants to the field: Shale oil producers who will not be able to keep pumping with prices at production cost or lower. Saudi crude oil costs about $5-$6 to produce, while oil from shale and tar sands are much more expensive, with extraction costs ranging from $50-$100.

Is Saudi Arabia right to gamble?

Saudi Arabia is going to war against US and non-OPEC producers. “The shale boom was not a strategic decision made by the US government, simply individual decisions of dozens and dozens of actors in a market environment. Nevertheless, Saudi Arabia prefers for the supply reduction—necessary to recover prices— should come from the newer shale producers, not themselves. By not cutting output and letting prices fall they are in effect forcing shale drillers to make those economic choices”, says Peter Kiernan.

Basically the Saudi position is that those who caused prices to fall by producing extra oil very quickly should be the ones that need to cut back.

The competition OPEC faces is mainly from producers of higher cost oil — shale in the US, tar sands in Canada, pre-salt in Brazil, ultra-deep-water in the Gulf of Mexico and similar projects —“so this explains OPEC’s strategy of allowing prices to fall to put those producers under pressure”, explains Kiernan.

“The wild card is continued technological innovation in the tar sands and shale oil industry that reduces costs and allows extraction to remain profitable — even with falling oil prices”, explains Livio Di Matteo, Professor of Economics at Lakehead University. “Saudi Arabia might be gambling, but not responding at all to the increased competition it faces is even riskier”, he adds.

On the political side, the Saudis will see wins and losses. “Oil doesn’t discriminate who it impacts in times like these, but the impact of course varies”, says Peter Kiernan.

Among the countries which are —or soon might be— hardest hit by the fall in prices are exporters with large populations and high fiscal requirements. Beside Iran and Russia, other countries could soon face a deep financial crisis such as Iraq, Algeria, Nigeria, and Venezuela.

Iraq is a particularly tricky case for Saudi Arabia, given the intertwined presence of the Islamic State and a Kurdish movement seeking greater autonomy from the government in Bahgdad. On an economic front, if the Islamic State continues to control oil fields in Western Iraq, demand and prices for oil will increase. However, even as Saudi Arabia is financially and politically committed to fighting the radical group, they are opening up the possibility of further production by Kurdish groups, again reducing demand and prices.

Iran also presents a downside to the Saudi’s gamble. A fall in oil revenues —combined with the Islamic State posing a bigger threat to Iran as well— may pave the way to a nuclear deal between Iran and the US to reduce sanctions and increase security.

One of the biggest risks is in Arabia itself, “The Gulf countries have large financial reserves to insulate them from lower prices but they will still be affected, though not as much as others”, says Kiernan. Oman, for example, is already in debt and needs to issue new bonds to finance its debt. Bahrain relies on a precariously stable equilibrium.

Gulf Cooperation Council (GCC) countries might be forced to either cut spending, reduce subsidies or raise taxes, especially on foreign firms. As the contentment of their citizens —and their political quietism— relies on governmental spending and handouts, GCC countries will have to make a choice between being less appealing for business or cutting some development projects. “If low prices are sustained some states will clearly be more vulnerable than others, and cutbacks in state spending may cause domestic unrest”, says Kiernan.

Just as it was hard to predict the timing of the price plunge a year ago, it is difficult now to predict how the Saudis will make their gamble work¬¬ –as they seek to balance their risks with gains on both economic and political levels. Most difficult of all, it is nearly impossible to predict how all other actors will respond.