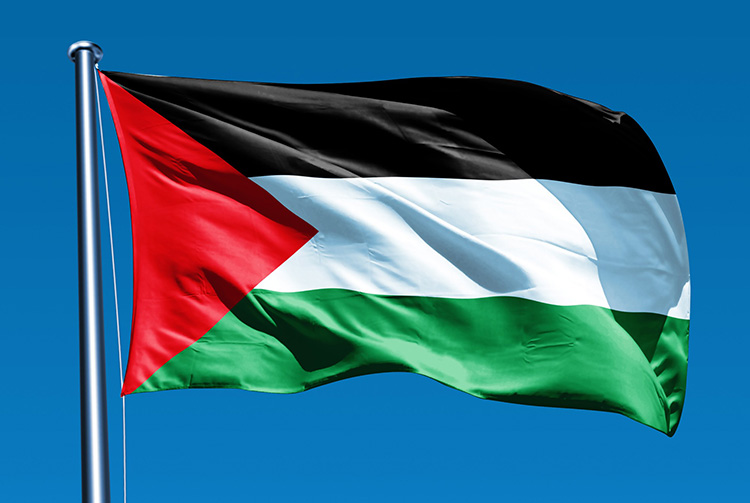 In early March 2018, sources within the Palestinian Authority (PA) provided additional confirmation that the largest stakeholder of the Gaza Marine natural gas field – Royal Dutch Shell – is in the process of divesting their stake. Back in January 2018, several industry insiders revealed that the Anglo-Dutch oil giant was looking to offload their stake in the field – and that it was struggling to find a willing buyer. Two months later, Palestinian cabinet ministers officially announced that they were indeed searching for a replacement international company to invest in the field and finally initiate its development.

These recent developments are the latest in a long string of setbacks that have dogged the Palestinian gas field since its discovery by British Gas (BG) in 1999. Now, as Shell prepares to offload the stakes purchased by BG almost 20 years ago, oil and gas experts question what the future holds for the Gaza Marine field.

Since Noble Energy’s discovery of the Tamar Field in 2009, the Levant Basin has become the subject of intense economic and political interest, resulting in several large natural gas fields being found – most notably the Egyptian Zohr field and the Leviathan field located in Israeli territory.

Although the ensuing Mediterranean gas rush has only kicked off within the last decade, British Gas’s discovery of Gaza Marine occurred a decade prior in 1999, when the PA granted an international consortium with a 25-year license for the Gaza maritime territory. This license provided the stakeholders not just with exploratory rights, but also the right to develop any discovered fields and install the required infrastructure. BG took a 90% stake in the license, while the Consolidated Contractors Company (CCC), the largest construction company in the Middle East, bought the remaining 10%.

Under the terms of the agreement, CCC and the Palestine Investment Fund (PIF), a PA-affiliated organization tasked with channeling investments into the Palestinian territories, could increase their share in the field to 40% during the development stage. One year later, BG drilled two successful wells in the area – Gaza Marine 1 and Gaza Marine 2 – and estimated that there may be up to 1 trillion cubic feet (tcf) laying in Gaza’s waters. BG’s 2001 technical review outlined plans to construct a pipeline to a processing facility located either in Israel or Gaza, and the PA approved the Development Plan the following year.

In the years that followed, the consortium’s attempts to start the initial phase of development were hamstrung by political and corporate disagreements. Then-Israeli President Ehud Barak’s decision to allow the PA to award the license was premised on the condition that the Palestinians would supply Gaza Marine’s surplus fuel to Israel – a commodity that successive Israeli governments were unwilling to pay market price for.

The negotiations that followed between BG and the Israeli government lasted until 2007, six years without agreement. Compounding the problems were a series of legal challenges mounted by Yam Thetis, an Israeli gas consortium, who disputed the awarding of the concession to BG. While a 2001 court case ruled in favor of the British company, Yam Thetis succeeded in blocking the Israeli government from signing any agreement with BG without a tender after the Israeli court deemed it uncompetitive. Stalled agreements with the Israeli government, the election of Hamas in 2007 and the outbreak of war in 2008 resulted in BG closing its office in Tel Aviv, a signal that the company had finally exhausted its efforts to negotiate an agreement.

In 2016, Shell become the majority shareholder of Gaza Marine after it completed its $52 billion buyout of the BG. A year later media reports surfaced that the PIF was in talks with Shell regarding the field’s development. However, by the start of 2018 it became clear that Shell was looking to offload its stake. Details of the current negotiations as well as Shell’s reasons for divesting remain murky. When asked to comment on the sale and the ongoing negotiations, a Shell spokesperson told Egypt Oil & Gas: “We confirm we have been in discussions with various parties about the future of the Gaza Marine project. As of now, Shell continues to hold its equity in the Gaza Marine asset.”

In response to the collapse in oil prices, the company has embarked on a $30 billion divestment strategy between 2016 and 2018. A November 2017 financial update reveals that the company has so far divested $23 billion of its assets, deals worth $2 billion have been announced and $5 billion more are currently in the advanced stages.

Tareq Baconi, visiting fellow at the European Council on Foreign Relations, told Egypt Oil & Gas that Shell’s reasons for divestment are likely twofold. “I think the Gaza Marine is a small possibly inconsequential asset for Shell and certainly fits into the broader divestment strategy that Shell is pursuing”, he said. “But I also believe that Shell has reached the same conclusion as BG before it, which is that the field will not be political viable in the near or medium term.”

The Gaza Marine field lies 30 km from the Levantine coast at a water depth of 603 meters. The depth of the field is shallower than either the Tamar or Leviathan fields (1,676 meters and 1,645 meters, respectively) and it lies closer to the shore, making Gaza Marine simpler to exploit from a logistical standpoint.  Palestinian maritime territory – as agreed during the Oslo process – covers 20 nautical miles (37 km) and is delineated into three zones: zone L (the central area), zone K (the area bordering Israel) and zone M (the area bordering Egypt. Despite this agreement, the 2001 court case brought by Yam Thetis resulted in the judge declaring the area a “no man’s water”, throwing its legal status into ambiguity.

Problems were exacerbated in 2007 when Hamas won the Palestinian legislative elections, triggering a series of events that would lead to Israel enforcing a naval blockade of the Gaza Strip. This blockade has since made it impossible for the PA to exercise sovereignty over the maritime territory allocated by the Oslo Accords. Moreover, Israel is reluctant to allow production from Gaza Marine because of fears that it would aid Hamas. Until a thawing of relations between Hamas and Israel take place, it is unlikely that Israel will relax the blockade and permit Gaza Marine development.

Exploiting Gaza Marine’s reserves will require the construction of new onshore and offshore infrastructure. According to BG’s original development plans, well heads would be constructed on the sea bed and a 50 km sub-sea pipeline would be laid connecting Gaza Marine to a receiving terminal at Ashkelon, an Israeli city 10 km north of the Gaza Strip. The gas would then be sold to an Israeli public sector organization who would then distribute it to the Israeli market. An onshore pipeline would be constructed between Ashkelon and Gaza at a cost of around $6-7 million.

A separate plan proposed by the Yam Thetis consortium sees Gaza Marine being connected to the nearby Mari platform via a sub-sea pipeline. The platform would treat the gas before sending it to Israel via Yam Thetis’s existing infrastructure and delivering it to Gaza via a new pipeline between Mari and Gaza power plant.

Regarding the Palestinian energy market, current plans see Gaza Marine feeding three power plants: two in the West Bank (a 400MW plant in Jenin operated by the Palestinian Power Generation Company and a 200-400MW in Hebron) and one in Gaza (with a current capacity of 140MW). Mohammad Mustafa, former minister of national economy and current chairman of the PIF, has stated in 2016 that he hoped that the construction of the Jenin plant would serve as a precursor to a gas purchase agreement and the development of Gaza Marine. While the Jenin power plant was completed in mid-2017, its construction is yet to lead to any kind of breakthrough in terms of developing Gaza Marine. Furthermore, there are not currently any plans for the development of the gas network that would be necessary for natural gas to reach the West Bank.

Responsibility for channeling investment into the project lies with Massader, a subsidiary of the PIF established in 2015 to coordinate finance for large-scale infrastructural and upstream oil and gas development projects. The fund is chaired by Mustafa, who has been honest about the difficulties that the PIF has experienced in attracting finance. In 2016 he wrote that locating funding streams will be a challenging task due to the fact that agreeing a final Gaza Marine deal is dependent on finding a long-term, credit-worthy buyer of Gaza Marine gas willing to bulk buy at market value.

There are varying estimates about how much money is required to fully develop the field. In 2012 the PIF reported that $100 million had already been put into the project and that a further $800 million was needed for further exploration and infrastructural spending. The PIF’s 2016 annual report, however, states that the field requires $1.25 billion of capital investment.

Searching for a Buyer

There seems to be consensus that Gaza Marine would be an economically-viable project if it could attract the requisite capital investment. Gas fields with more than 1 tcf of gas are generally seen as providing commercial opportunities, and revenue estimates vary between $2.4 billion and $7 billion, although the upper estimation is based on the assumption that gas is sold at around $10 per million British thermal units.

While there is consensus that Gaza Marine is an economically-viable project, this may be dependent on the gas being sold both inside and outside of the small Palestinian energy market. A 2007 UN review of the Palestinian sector argued that development costs could be justified if gas was sold either to the Israeli market or shipped to Egyptian liquefaction facilities for export. Additionally, a Jordanian official expressed the government’s desire to renegotiate a deal to import gas from Gaza Marine in 2016, emphasizing that the agreement is “very important to us, a priority”. The Jordanian government previously signed a letter of intent with BG to import between 150 and 180 million cubic feet per day from Palestinian gas fields.

Although the field has potential for generating revenue, Gaza Marine is small in comparison to other fields and it is possible that large companies such as Shell may decide that the potential profit does not merit the energy necessary to initiate development. Instead, a smaller company may exert more effort into making production a reality.

“Gaza Marine’s fate depends on the player that ends up acquiring this asset, and their willingness to invest in the kind of diplomatic push necessary to allow for production from this field to begin. A smaller or medium sized player might be more dedicated to seeing production from this field than a large player such as Shell,” Baconi explained. “But”, he added, “…the future of the field sits within Israeli decision-making.”

The final sentence here is crucial; politics will determine whether the Gaza Marine project succeeds or fails. There have been several major changes over the past 6 months – the Fatah-Hamas reconciliation deal and the US decision to move its embassy to Jerusalem among them. These, however, have not caused Baconi to be any more optimistic about the project’s future. “The reconciliation agreement does not prevent Hamas from having a security grip on the Gaza Strip, and Israel and the US appear bent on promoting humanitarian interventions in Gaza in a manner that reduces the cost on Israel…. I think for the time being development from Gaza Marine is unlikely.”

The seemingly-perennial delay to the field’s development shows no sign of abating. Until a political agreement is in place that allows the Palestinians to exercise their right to develop the field and ends the Israeli blockade it is unlikely that any advancements will be made, no matter which company ends up purchasing Shell’s stake.