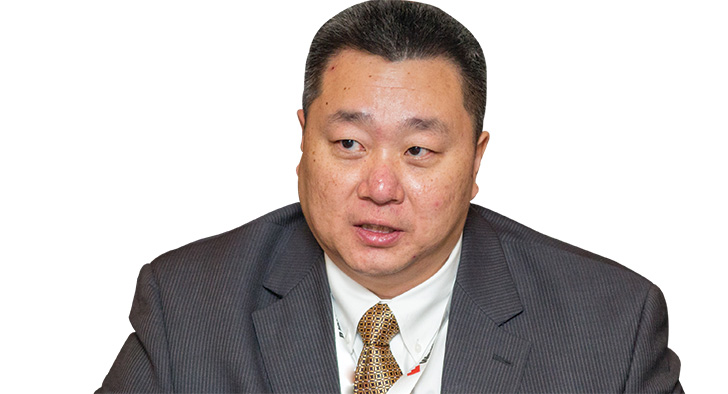 While “Egypt has good conventional reservoirs, “the country is to start looking at alternative supplements such as unconventional plays to accommodate its growing energy demands and prepare for future energy scenarios.

“The development of unconventional resources is, however, challenging, that is why there has been limited success in this area outside of North America,” said Apache’s VP & General Manager, David Chi. “For an unconventional development to work, many ingredients need to be in place; the right geology, the right skill set and know-how, availability of equipment and service providers, and the right commercial framework just to name a few,” Chi added.

Nonetheless, “Egypt does have potential in unconventional oil and gas,” and “I believe these unconventional resources can play a part in Egypt’s energy picture. To reach this goal, it requires the partnership and true cooperation from the Government, E&P companies, and service providers.”

The launch of unconventional exploration in Egypt was marked a few years ago in the identified Apollonia field in the Western Desert and it was made possible thanks to the political will. “I applaud H.E. Prime Minister Eng. Sherif Ismail for initiating the Apollonia project to investigate the opportunity of unconventional resources in the country,” David Chi shared his praise for the former Oil Minister.

It is only thanks to this initiation that “unconventional development has a significant lead time,” Apache VP confirmed, “yet, it is challenging for any unconventional play to be successful, because the right place tends to be geographically vast.”In addition, “every unconventional play is different, hence, there is no one-fit-for-all solution. Therefore, to be successful, one needs to first understand the source rock, its maturity, deposition environment and history, geochemistry, and permeability; namely all the relevant rock and fluid properties. The information should be analyzed prior to conducting the necessary exploration activities and necessary modeling” for actual development.

Apache has been greatly involved in unconventional exploration and production in North America, having collected extensive experience in the field, and poses as the best candidate to accomplish Egypt’s unconventional production. “In fact, Apache has had one of the biggest discoveries in 2016 in Alpine High, which is an unconventional play in Delaware Basin, Texas, US.” In addition, Apache further confirmed its leading position as a top class unconventional explorer and developer “as witnessed by our discovery of Alpine High, with more than 75 TCF of liquids rich gas and 3 billion barrels of oil based on initial assessment of only 2 out 4 prospective formations,” David Chi shared the company’s recent success story.

Based on its previous success stories in North America, the US giant has proven its credentials as one of the most qualified explorers for unconventional hydrocarbons and it is eager and ready to transfer its capacities to Egypt. As David Chi stated convincingly, “we have a lot of experience in drilling and fracking horizontal wells and we can leverage the knowledge we have acquired and try to unlock the potential in Egypt.”

Building upon its previous unconventional activities, the company can greatly benefit from its know-how to develop a range of creative designs for Egypt’s unconventional resources across the entire country. As firmly stated by Apache’s VP, “in North America, unconventional exploration did not just happen overnight.  The companies have gone through a lot of hard work with significant investments which resulted in lessons learned and expertise on how to do things right.” It was only thanks to these lessons that North America could have turned the applied processes into positive outcomes through more efficient mechanisms.

The 3-Well Pilot in Apollonia

Indeed, Apache has been a pioneer in unconventional resources development in Egypt. The unconventional Apollonia field exploration started with Apache and its partners Shell and EGPC by identifying “a sweet spot” to operate in the play through the company’s joint venture (JV), Khalda Petroleum Company. David Chi explained that “we have developed a 3-horizontal well pilot program, under which we first drilled two vertical wells to acquire core data for well and frack design and to understand its potential before starting the horizontal wells.”

To date, “Apache/KPC as the operator together with our partners Shell/BAPETCO and EGPC/EGAS, have successfully drilled and completed two horizontal wells out of the 3-well program.These two wells have the largest hydraulic fractures in Egypt’s history; the first was completed by Halliburton, the second by Schlumberger,” stated Chi.

Currently, Apache and its partners “are producing and monitoring those two wells of different orientations in order to gather the necessary data to determine the drainage area, understand the potential recoverable reserves and the surface facilities requirements.” We are getting production data and conducting analysis so that we can plan drilling the third well, most likely in the second half of 2017.  This 3rdwell will similarly be monitored for an extended time to understand its production performance.

It is not until these processes are completed that the company will consider proceeding to the next stage. David Chi elaborated saying that “based on the results of the three wells, we can then decide on if, when and how to move on to the Next Phase.

For the time being, “the evaluation process is ongoing,” however, as VP & General Manager of Apache revealed, “in addition to what has been done so far. We are also looking for opportunities to further optimize drilling and completion of future wells. Furthermore, there is ongoing modelling work and future progress will depend on insights obtained.”

“For an unconventional play to be successful, we need to find the right quality of rock and fluid and this is one aspect that we are currently investigating from the Gulf of Suez all the way to the Libyan border. The objective is to be able to determine what the actual potential is, and where the sweet spots are. This work is ongoing right now and Apache has dedicated resources to achieve its targets,” said Chi.

As he continued, “once the Pilot Program is completed, we will be able to make a decision with our partners on the possibilities of a full field development.”

In order for the Apollonia unconventional play to reach positive results and become commercially viable, “the manufacturing stage of the development would require us to become very efficient by lowering our drilling and completion costs, securing suitable infrastructure and partnering with service providers to execute flawlessly” added David Chi.

With such an expert base, Apache will be able to “better assess the upcoming processes and in cooperation with our partners start outlining future plans regarding the gas price and the development concept, which include the number of wells, estimated production and, surface production facilities to successfully proceed.”

The fact that the up-to-date results are positive is a good start. “So far, we are encouraged by what we have seen, however, it is still early and  more time is needed to evaluate longer-term performance due to the  many uncertainties and variables  in unconventional plays” David Chi noted.

He then elaborated stating that, yet, “these [results] are still not conclusive as the exploration is still in its early stage.” As some companies in different countries had seen major setbacks in the commercial production from their unconventional reservoirs, “when their production levels suddenly declined after the first few months of the production cycle,” Apache is determined to “do it the right way” and avoid these problems by applying “lessons learned from other cases.” VP Chi is thus convinced that “Egypt needs to work with partners who have unconventional expertise, because the country may take advantage of the right partner’s experience from North America and avoid mistakes that have been very costly in some cases.”

Furthermore, the development of unconventional hydrocarbons comes necessarily with addressing implicated environmental concerns, which Apache, as a socially responsible partner of Egypt’s sector, intends to take into consideration. “Apache is doing unconventional drilling in a responsible way by looking at chemicals, water that is being pumped, a good recycling program, and effective reservoir management to protect the surface in the Western Desert,” said David Chi.

Apache’s input and contribution to Egypt’s unconventional resources will not cease, the company will rather build upon the significant inflow of capital it has already poured into unconventionals in the country with all its trust in the existing potential and its confidence to achieve what previously might have been perceived as unachievable. Apache “is interested to continue its investments in unconventional portion of Egypt’s oil and gas industry,” which, as David Chi put it, “this can be a tremendous opportunity for the country to supplement its growing energy demand in the future.”

As one of the largest foreign E&P companies in Egypt, which has expressed its commitment to the country understands that the right path to accomplish desirable production targets is to “engage in frank discussions to identify ways to continue moving forward and become successful in the unconventional portfolio,” added Chi. The time is ripe to go ahead with this strategy, because successful unconventional development takes time.  Indeed, it is never too early to start developing unconventional resources, as in five years down the road, these resources can start supplementing some matured fields that Egypt has an abundance of,” as David Chi projected.

In his view, “the future of unconventional opportunities in Egypt fits well with H.E. Minister Tarek El Molla’s ‘Modernization Strategy,’ which covers some of the key factors of success such as commercial framework, human resources, and upstream oil and gas development.” This will also translate successfully to Egypt’s vision of becoming a regional energy hub.

Chi believes that “Egypt is geographically located in an advantageous position in the region with the Suez Canal at hand, being relatively close to the European, East Asian, and Gulf markets, and, more importantly, to the African market with its growing population and larger energy demands.”This bears well with the government’s long-term vision for Egypt to become a Regional Oil and Gas Hub. “This is great news for Egypt and we would like to be part of that,” according to Chi.

Accordingly, projecting a positive future for Egypt’s oil and gas sector, Chi concluded saying that “Egypt, with its potential that will undoubtedly grow as the country is now targeting unconventionals, can focus on energy exports,” through which “the country’s economy will improve, energy costs will be lowered, and more companies will come to invest.” Hence, “transforming the energy industry is an important piece of the puzzle, not only in terms of the scope of foreign exchange revenues it can generate, but also with abundant energy resources, thanks to which the country can attract more investments in the future and prosper.”