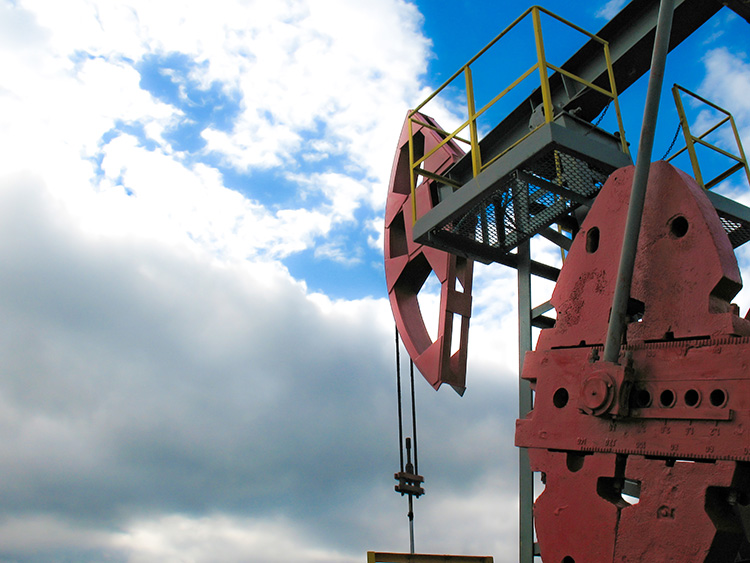 When it comes to natural gas, the oil and gas sector recorded a production level
of around 6.6 billion cubic feet per day (bcf/d) during Q4 2018, which is due to doubling the production level of Zohr field. Upon adding the production from the West Nile Delta Project Phase 2, that number reached 6.8 bcf/d of natural gas in February 2019. In April, natural gas production increased by 300 million standard cubic feet per day (mmscf/d), to around 6.9 bcf/d. By the end of June, a ministry official declared that natural gas production reached 7 bcf/d, and that the ministry is aiming for 8 bcf/d by the end of FY 2019/20. Building on that, the Ministry of Petroleum and Mineral Resources is currently finishing all petroleum projects
on time, if not earlier, to stop importing petroleum products by 2022 and to achieve self-sufficiency. Hence, Egypt is one of the countries enriched by having several production areas. Here is a closer look at these production areas during 2019.

Egypt’s giant Zohr field successfully produced a total of 12.2 billion cubic
meters (bcm) of natural gas in 2018. In March 2019, Zohr’s natural gas production recorded over 2 bcf/d, with plans to exceed 3 bcf/d by the end of 2019.

The Ministry of Petroleum and Mineral Resources connected the first well at the South-Western Baltim gas field to the national grid, which is expected to produce 100 mmscf/d of natural gas after being linked to Abu Madi plant. After that, Enppi announced in October that the first well was put into production at an initial rate of 100 mmscf/d of natural gas. The field’s natural gas production will upsurge to 500 mmscf/d after five new wells have been drilled by Q2 2020.

In September, Rashid Petroleum (Rashpetco) and Burullus Gas Company successfully completed drilling the remaining from a total of six wells in 9B Phase. The six wells are expected to produce 390 mmcm/d of natural gas in Q1 2020.

Additionally, Shell witnessed an increase in its natural gas output from Rashid and Burullus fields in September, reaching 290 mmcf/d up from 220 mmcf/d during August. Also, Shell linked 80 mmcf/d of natural gas from the second well of the Burullus field (9B Phase) to the production. The company aims to raise natural gas production to 320 mmcf/d by the end of the FY.

Furthermore, the Chairman of Rashpetco and Burullus Gas Company, Sabry El Sharkawy, declared in October that three new wells will be linked to production, with a total capacity rate of 220 mmcf/d of natural gas before the end of 2019. Additionally, the last three wells from 9B Phase will also be linked to production next March, with a total capacity of 170 mmcf/d of natural gas. It is noteworthy that Burullus successfully extracted oil from Sapphire East DB well, with a natural gas capacity rate of approximately 60 mmcf/d. This is considered the second newest well to have been added to the natural gas production during October after Swan East well, which has a capacity of 100 mmcf/d.

The Western Desert contributes around 60% of Egypt’s production of crude oil. In FY 2018/19, Agiba Petroleum Company successfully raised its crude oil production rates to 44,000 b/d and around 18.4 mmcf/d of natural gas thanks to the Meleiha field. The first well in the field produced 2,000 b/d of crude oil, which later increased to 4,500 b/d after the second well was connected to the national grid.

Another success story was achieved by Eni, which announced in July that production from its South-West Meleiha development lease has commenced. Production was expected to reach approximately 7,000 barrels of oil equivalent per day (boe/d)
in September.

Furthermore, Badr Eldin Petroleum Company (BAPETCO) announced in September that it brought 39 new oil wells online in FY 2018/19, with a production rate estimated at 6,700 b/d of crude oil and 23 mmcm/d of natural gas. In addition, BAPETCO increased the number of its rigs to seven and dug 53 wells, increasing production to over 124,000 boe/d.

In January, Suez Oil Company’s (SUCO) production of crude oil and natural gas reached around 23,500 boe/d from its four fields in the Gulf of Suez and onshore Nile Delta fields. The company had plans to boost the crude oil and natural gas production of the four fields— Desouq, Ras Badran, El Zeit Guf, and Ras Fanar—
to reach 38,000 boe/d. It is worth mentioning that SUCO has been developing Desouq field to link 12 wells to the production map and increase natural gas production
to 140 mmscf/d by the end of next year.

The production rate of GUPCO’s Ras Shouqair field has reached 61,700 b/d of crude oil in FY 2019/20, according to Khaled Hemdan, GUPCO’s Chairman. Moreover, the company plans to increase the field’s crude oil production capacity to around 73,000 b/d.

The petroleum sector has been preparing to initiate production in Raven field in September. The field has an estimated maximum natural gas production capacity between 850 and 900 mmcf/d. Additionally, the field will produce from 20,000 to 25,000 barrels of condensates per day.

In conclusion, accomplishing such impressive production rates will help attract more investments to Egypt, especially after cutting the international oil companies’ (IOCs) arrears to $900 million at the end of June. Furthermore, this is considered an indicator that Egypt is on the right track to enhance its global position.