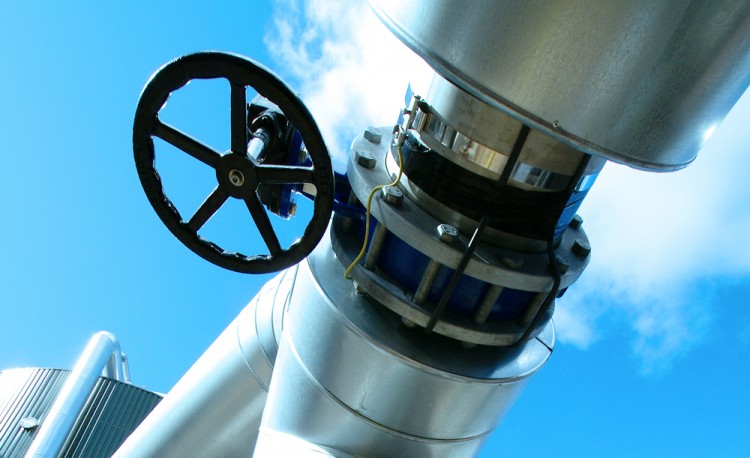 Often a solution to one problem is through solving another. The gateway to resolving the infamous energy crisis in Egypt is through the liberalization of the energy market, mainly the feedstock of factories. With priority given to power generation, having enough electricity to feed the local market is definitely the source of the whole issue.

The Egyptian Natural Gas Holding Company (EGAS) alongside the Egyptian General Petroleum Corporation (EGPC) announced during the month of May the decision to allow private companies to use the state-owned national gas grid to import and transfer natural gas to their facilities.

With factories hemorrhaging money due to unstable supply of gas, and with a government importing gas worth billions simply to sustain local demand, the decision to move towards liberalizing the gas market in Egypt is probably a sound one, at least in theory. In reality this decision’s effect will go beyond factories and the petroleum industry. The question this article aims to answer is whether the effect of this fundamental change in how the government deals with energy feedstock will enhance the state of the overall economy, or will it simply solve one problem while creating others.

The Supply Dilemma
Natural gas in Egypt is used for electricity generation, feedstock for factories, processing petroleum products, transportation, and for residential and commercial venues. While needed for several industries, 65% of Egypt’s 5.03bcf natural gas production is earmarked by default for electricity generation; however, this significant percentage has been proven insufficient in recent years, leading to frequent power outages. To resolve the situation, the government relies on two short-term solutions, diverting natural gas from energy intensive factories (factories with significant energy needs) to power plants, and importing natural gas. While it is worth noting that the country is working towards long-term solutions such as the recent development of a significant number of solar and wind farms, the current short-term solutions are creating their own list of problems. According to an EGPC official the cost of the LNG imported in 2015 and 2016 is estimated at $3.55b. A huge cost for a country that has been facing challenges in its foreign currency reserves for the past five years. The decision however to divert gas from factories to electricity generation is a whole other ballgame.

According to a report issued by the Petroleum Ministry in late 2014, the country is now directing 80% of its production of natural gas to electricity generation, putting a severe strain on energy intensive factories that receive most of the remaining quantity of gas. According to the report, 938mcf was cut from the industrial sector’s quota, leaving about 519.8mcf per year of natural gas, of which fertilizers receive approximately 266mcf, cement 99mcf, steel factories 60mcf, and the remaining 94.9mcf going to the Methanex factory located in Damietta. Most factory owners will attest that these quantities are a far cry from the actual amounts factories need to operate at capacity, or at least without losses.

Gamal al-Garhy, Head of the Metallurgical Industries Division at the Federation of Egyptian Industries (FEI) told the Egypt Independent in an interview that factories are losing millions due to lack of sufficient gas, using his Suez Steel Company that loses around EGP 200m monthly, as an example.

Early July, steel maker Ezz el Dekhila reported a loss of 116m for the first quarter of 2015; according to the company, fluctuating and insufficient gas supply is the main reason for its loss.

Mohammed Hanafi, Manager of the Chamber of Metal Industries at the Industrial Development Authority also commented to Al Ahram on the shortage saying, “The repercussions of the natural gas shortages have been evident. The steel factories are losing hundreds of millions of pounds as a result of the shortage of gas supplies.”
Ismail Gaber, Head of the Industrial Development Authority, explained the government’s side of the story by saying that natural gas had not been completely cut off from factories. Instead, each factory was temporarily receiving a portion of its contracted percentage of gas from EGAS to help resolve the energy situation.

EGAS is very forthcoming about prioritizing electricity generation when it comes to allocating gas, despite the significant losses this decision has created for factories; however, in their defense having one problem is better than having two.

Economic Practicality of the Solution
The energy portfolio in Egypt has shortages in most, if not all types of fuel, from natural gas, to gas oil, fuel oil, and coal. Perhaps that is the main reason the government is currently working towards expanding the energy mix, mainly through the feed-in-tariff and incentive policies to promote renewable energy, as well as allowing factories to import coal and now natural gas.

Unlike other countries, primarily western, where diversifying energy sources is a tactic to decrease dependency on fossil fuel, Egypt’s attempt to diversify its energy portfolio is primarily to cover its energy needs and narrow the gap between supply and demand.
When asked about it, Khaled Abou Bakr, Secretary General of the Egyptian Gas Association (EGA) and Regional Coordinator for Middle East & Africa in the International Gas Union (IGU) commented on the government decision to allow private companies to import their needs of natural gas by saying, “Economic growth and additional foreign direct investment will grow in an environment where reliable and sustainable energy, resources, and infrastructure are in place. As well as a clear role for an independent and strong energy regulator.”

To better understand the impact of the government’s decision to allow factories, mainly energy intensive ones to import their own feedstock, the entire picture needs to be examined from several angles, as its effect goes far beyond the profit or loss of factory owners.

Cement factories for example, can operate with the same efficiency regardless of fuel type. This is why the decision was made to shift cement factories to coal power. They will be phased out from gas and oil consumption. This decision was announced by Gaber in mid-May during Egypt’s first coal conference. Quoting Gaber, “90% of cement factories have agreed to use coal in their production, the Industrial Development Authority is facilitating the rehabilitation of factories in that regard and in quantifying the necessary amounts.”
Fertilizer plants are a different story, as only about half of the fertilizer produced in Egypt is for local consumption, the rest is for exporting. This is a key point, as earlier this year the government suspended natural gas supplies to fertilizer factories that export their production. According to Mohamed Salem, head of research at Cairo-based investment bank Prime Securities, exports of petrochemicals and building materials, which make up about a third of non-oil sales, fell 28% in the past five months. Additionally, shortage of nitrogen fertilizer supply in the local market has soared to one million months in recent months, according to an unnamed source at the FEI.

While many fertilizer plants now resort to fuel oil to operate at capacity, the effect of using imported natural gas without reforming subsidies would be astounding, significantly affecting the welfare of individual farmers and local agriculture businesses. Prices have already begun increasing locally. According Omar Al-Degwy, Head of the Association of Fertilizer Traders, the shortage has resulted in the decline of 70% of local supply of fertilizers, increasing the price of a 50kg bag of fertilizers from EGP 90 to EGP 200.”

An example of the effect of the increase of gas prices can be seen in the problem of wheat. Maintaining sufficient supply of wheat has long been an issue for Egypt. Egypt produces around 45% of its wheat needs annually, the rest is imported. The high consumption rate is partially to blame; however, due to the elevated cost of production and stagnant purchase price the government pays, local farmers do not prefer to plant wheat; for them it is more profitable to plant berseem (used for feeding livestock). Increasing the cost of fertilizer on regular farmers would exacerbate the wheat shortage problem.

For steel factories the story is different. Uninterrupted gas supply is a must, as the burning unit (burner) cannot be turned off, and its temperature has to be controlled at all times; hence the significant losses the steel industry has been facing. With the government unable to cover their needs and generate sufficient electricity at the same time, allowing the steel industry to import its own gas is likely the only solution. True, steel factories will import natural gas at higher cost that they used to pay locally, in addition to the tariff charged for the use of the national gas grid—the unit price of which is reportedly decided but yet to be announced—the significant losses they have been experiencing due to the switching on and off of burners will essentially end. The other side of the coin will be the transfer of the increase in the cost of gas to the price of the steel.

With the 8% import tariff on imported steel, local companies essentially will be able to maintain their market share; however, the rise in steel prices will directly impact the price levels in all industries where steel is used as raw material. A strong example would be the real estate market in Egypt, where any change in steel prices affects even already constructed units.

There are still some unanswered questions regarding the regulatory body, which is yet to be announced, the terms of its contracts and its ability to protect the rights of factories as well as the government; and last but not least, how will this situation affect the factories that will continue to receive natural gas from local production? Will their prices remain the same? Will the tariff charge be added to their existing prices? Will their quantities increase to meet their all their needs instead of simply portions of it? According to a senior EGAS official that requested to remain unnamed, all these points will be decided and shared with the public once the regulatory body is announced towards the end of the current year.

It is no secret that gradual liberalization of energy in Egypt will boost investor confidence in the country’s economy, and will eventually help ease the energy crisis that has left state companies drowning in debt; however, it will all boil down to the effectiveness of application.