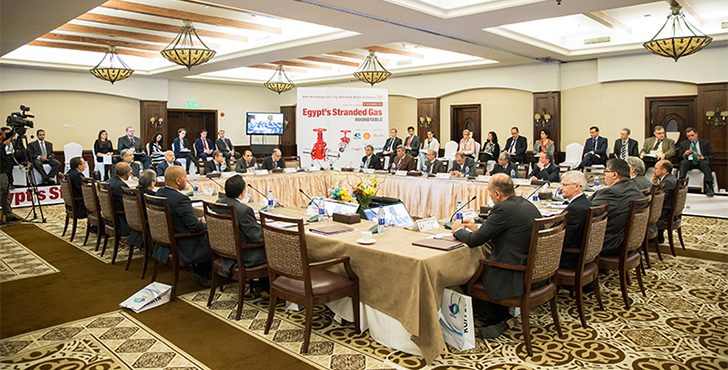 Stranded gas refers to a reserve of natural gas that has been already been discovered, but remains undeveloped due to commercial, technological, or logistical reasons. The general consensus at the roundtable identified the economic challenges as the most prominent obstacle facing the development of stranded gas, but other barriers were examined.

Many participants expressed ambitions to tackle the issue and offered viable solutions. Eng. Mohamed Fouad, President of Egypt Oil & Gas, opened the event expressing his hopes for a fruitful and productive discussion, hoping the roundtable would achieve its goals and reinforce the cooperation between oil and gas producers and the Egyptian government.

Fouad noted that this roundtable discussion on Egypt’s stranded gas came at the right time to address such changes, as previous meetings and dialogues emphasized the importance of collaboration to achieve stability of the energy markets and provide sufficient oil and gas supplies. He also explained that as the demand for natural gas increases, oil and gas producers have a big part to play in embracing new technologies to optimize the reach to the much needed stranded gas reserves, while the government should ease the path for the investors and producers to achieve their aim.