WORDS OF THE WISE: RELYING ON EXPERIENCE 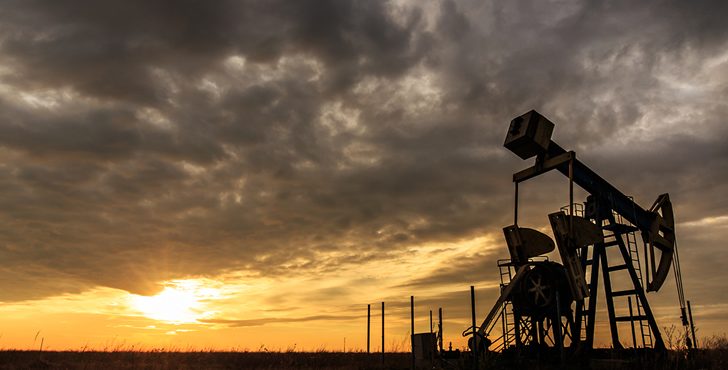 After leaving academia for a fulltime political career, Dr. Moustafa El-Fiqi was once described as a “former thinker.” His logical reply, “When does somebody stop thinking”? By the same logic, just because someone is retiring doesn’t mean he has stopped being useful to the industry. Egypt Oil & Gas is celebrating our 100th issue, dedicating this month to celebrating the people who have made important contributions to the oil and gas sector here in Egypt.

Who better to spotlight than those who have spent a lifetime serving the petroleum industry? These are a few names from a very long list, ranging from those who have commanded from the heights of the state sector to the nitty-gritty land of business acumen to the heady world of higher education and civil society activism. Each has left a distinctive mark on the energy industry here in Egypt. It was a pleasure to speak with them.

Shawky Abdeen, General Manager at PICO and former Exploration Manager at EGPC has had a long list of educational and business experiences over his 60-year career. Speaking to him is like walking the memory lane of Egypt’s petroleum sector.

Abdeen was initially drawn to the industry by his love of geology, being pulled further into the field by Dr. Abd Al-Munim Ghorab at Ain Shams University. Dr. Ghorab was none other than the father of future petroleum minister Abdullah Ghorab.

Abdeen graduated with the class of 1954, the very first generation of students to come from a university that itself was established in 1950. It was a prestigious degree, as Ain Shams is one of the most rigorous educational establishments in Egypt. He later received his Diploma in Petroleum Geology from the Institute de Petrol & Geologia in Bucharest, Romania during the trying times of the 1967 war between Egypt and Israel. His wife and daughter were in Egypt during the war, but he did not allow the country’s defeat to crush him.

While Romania was a communist country at the time, he found that the state was ahead of the Soviet Union when it came to oil and its related sciences. He had firsthand experience with the soviets in the petroleum sector during his time at the EGPC.

Abdeen started working with major IOCs early on, beginning first with Shell. This harked back to an era when the oil business prized experience and talent over academic credentials. He never had time to return to his studies and to complete an MA or PhD.

However, his practical industry experience made up for his lack of an advanced degree, and he has since supervised many employees with MAs and PhDs. Universities have also recognized his extensive knowledge, asking him to teach young undergraduates at his own alma mater, Ain Shams.

Mr. Abdeen also has much in common with us here at Egypt Oil & Gas, as he worked in petroleum journalism for a number of years with the editorial boards of October Magazine and the petroleum ministry’s own Petroleum Magazine, among others.

Mr. Abdeen understands the critical importance of oil and gas to Egypt’s future and has been a longtime advocate of making Egypt’s seismic and well data available for free (similar to the model the US Geological Survey uses).

The point is, Abdeen argues, to encourage as many oil explorers as possible to come and invest in the country; creating a rebound effect. More exploration and production beefs up reserves and in turn attracts even more investors. This would finally put Egypt where it belongs on the global petroleum map, side-by-side with the world’s major oil producing nations.

Of all of Mr. Abdeen’s many accomplishments, the one he is most proud of is his 11-year stint at GUPCO (Gulf of Suez Petroleum Co.). He first served as Explorations Manager followed by another five years as GUPCO’s head.

This gave him the opportunity to train many future exploration and production managers, people he considers to be his sons. He was also the head of EPEX (Egyptian Petroleum Exploration Society) for two consecutive terms—something never matched before or since.

Dr. Magdi Nasrallah, currently Professor of Petroleum Engineering at the American University in Cairo (AUC), has a long history of personal academic achievement. He completed his undergraduate studies in Industrial Chemistry at Cairo University in 1965. Following this with an M.Sc. in Solid State Science at AUC in 1968, he finally achieved his PhD in Materials Engineering from the University of California in 1972.

Given that his CV is eight pages long, it is easiest to sum up his long life in the oil sector through a cliché such as, “An educator of generations.” He was the founding chair for the department of Petroleum and Energy Engineering, after all.

His accomplishments should not be downplayed considering they occurred in such a bureaucratic and educationally-underfunded country as Egypt. Nasrallah personally established each and every lab—the Core, PVT, Simulations, etc.—stocking then up with equipment and handpicking qualified staff.

Nasrallah is retiring this semester, satisfied with his decades of contributing to shaping young minds through academia. He plans to continue to conduct consultancy work in Egypt and the US, as well as continuing his NGO work, as he has been a board member on the Friends of Environment and Development Association since 2003.

Dr. Nasrallah had spread the benefits of his experience far and wide. After distinguishing himself in metallurgy at Cairo University, he was hired by NASA to help the United States develop special alloys for its spacecraft. He later returned to the US on numerous occasions to legalize patents that could be recognized under the Egyptian legal system.

Nasrallah is also a frequent visitor to Lebanon, helping the American University in Beirut (AUB) with its own petroleum programs—another activity he plans to continue during his retirement. He even worked in pre-revolutionary Iran at the Shah’s own petroleum university.

Another way to describe Magdi Nasrallah would be with the expression, “Jack of all trades,” as he was originally drawn to oil through his commitment to renewable energy. His chief concerns have always centered on the pollution and corrosion caused by oil exploration and production.

The professor is a consultant on many energy projects, studying their feasibility and environmental effects. He has always wanted Egypt to diversify its energy mix and move into more renewable resources, his field of expertise.

However, you cannot look for alternatives until you understand the original problem. This is why he is so knowledgeable in the jargon of hydrocarbons and the latest advances in the sector, such as nano-technology applications.

Dr. Nasrallah has been throwing his intellectual weight particularly heavily behind the nano-tech field over his last days of academic life. Drawing from personal experience, he has been a lifelong advocate of government-driven science and technology initiatives.

NASA is the perfect model of how Nasrallah believes science should be carried out. Scientists and engineers need financing, but Nasrallah believes they also need a national sense of purpose, as well as a list of immediate and pressing problems to get their creative juices flowing.

Given a history of his life, we now can better understand Dr. Nasrallah’s long list of awards and accolades. These include an Honors Award in Recognition of Outstanding Academic Record in 1965, the National Merit Award for academic achievements in engineering from the Academy of Scientific Research in 1985, Egypt’s Presidential Ribbon of Excellence in 1995, and Cairo University’s Honorary Plaque for outstanding performance in 2002.

Most recently he also received the distinction of, “Best Professor in Petroleum and Energy Engineering” from the 2014 Africa Education Leadership Awards. His most endearing legacy is the ability to instill in you an unquenchable thirst for knowledge; not just scientific, but economic, political and historical. Nasrallah is truly one of the sector’s most important contributors.

Dr. Mohamed Helmy Sayyouh, Professor of Petroleum Engineering at Cairo University, would deserve mention simply because of his many teaching posts and numerous awards. But it is his commitment to knowledge and a better Egypt that is his real claim to fame.

What drew Sayyouh to oil was the captivating image of a petroleum reservoir as a “black box,” a puzzle that cried out to be solved if only for the pure pleasure of discovery. It could very well be this sense of curiosity that led him to Enhanced Oil Recovery (EOR), long before it became a well-known field.

To put it mildly, Dr. Sayyouh is the man who introduced EOR to Egypt. As we all know, the country has very limited and substantially depleted reserves, demanding that every conceivable opportunity be taken to recover every last drop of crude.

Dr. Sayouh’s first foray into tertiary oil recovery was in 1975, while he was developing and studying the concept of the effects of the frontal advance rate on third stage recovery during his PhD studies. No sooner had he completed his PhD at Penn State University in 1979 that he returned home. He started out fighting an uphill battle to place EOR where it deserves to be—at the top of Egypt’s scientific and policy agenda.

Sayyouh did some of the first work on petroleum reservoir simulation in Egypt and the Arab world. He also helped advanced EOR techniques; from micellar flooding, to alkaline water flooding, to developing a whole new generation of microorganisms that can be used to recover oil from fields suffering from different kinds of temperature and water salinity conditions.

His own PhD work was later applied to the Bradford oil field in the US state of Pennsylvania. Since 1986 he’s worked in consultancy for EGPC, the Egyptian High Production Committee, and the private sector. These consultancies are again in petroleum reservoir engineering, enhanced oil recovery, reservoir simulation, and natural gas engineering.

While mainly an academic, Dr. Sayyouh has also been an educator for petroleum engineers in major oil companies, private and public. His focus has been oil recovery; part of his tireless efforts to make sure it is a national priority at every level—public, private, and academic, in both Arabic and English.

“Distinguished” is clearly Sayyouh’s middle name, as he has received international assistantships and fellowships, as well as the Faculty Encouragement Award from King Saud University in 1983, an Appreciation Certificate from Cairo University’s Faculty of Engineering in 1998 and 2009, and finally, university recognition for publication in international journals in 2008 and 2009. Dr. Sayyouh’s biography has even appeared in the 16th Edition of Who’s Who in the World.

When you meet figures like these you feel empowered to map out a set of practical solutions for Egypt’s petroleum sector. All those interviewed made clear that only active cooperation between international oil companies, Egypt’s domestic private sector, and the government will boost reserves of oil and natural gas.

Profits and policy should not distract from the nuts and bolts of the sector, the latest scientific discoveries and technological innovations that set the agenda for what is feasible and what is necessary for both decision-makers and entrepreneurs.

With figures like Abdeen, Nasrallah, and Sayyouh at the ready, the industry would do well to glean knowledge and advice from the men who helped shape it. Knowledge and experience from all spheres is key to strong growth in the sector.

Egypt needs to invest in the future. To do it, it needs to lean on its past