Western Oil Workers in Danger in Saudi, US Embassy Declares 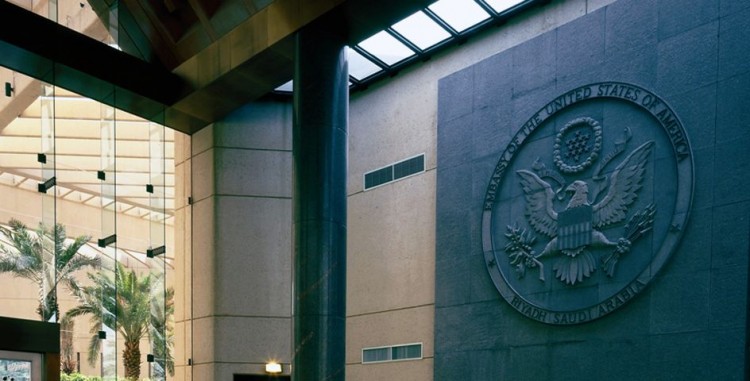 The U.S. Embassy in Riyadh canceled all consular services Sunday and Monday in the Saudi capital, as well as in Jeddah and Dhahran, amid heightened security concerns.

The announcement followed a warning it issued Friday that U.

S. oil workers operating in the eastern province of Saudi Arabia may be targets for kidnapping or other attacks.

The embassy “has information stating that, as of early March, individuals associated with a terrorist organization could be targeting Western oil workers,” including Americans, it said.
The warning said the embassy had no further information on the “timing, target, location, or method of any planned attacks.”

In its suspension of consular services, the embassy said “all U.S. citizens are encouraged to be aware of their surroundings, and take extra precautions when traveling throughout the country.” Consular sections’ telephone lines will not be open during the two days, it said.

The State Department in Washington said it had no further comment.

The U.S. embassy in Saudi Arabia previously has warned of a possible plot to attack employees of Chevron Corp. in Saudi Arabia.
Foreign nationals have been targeted in a series of attacks in Saudi Arabia since the kingdom joined the U.S.-led coalition against Islamic State last year.

A U.S. citizen working for an American defense contractor was killed in Riyadh in October, and a Danish citizen shot and injured there the following month.