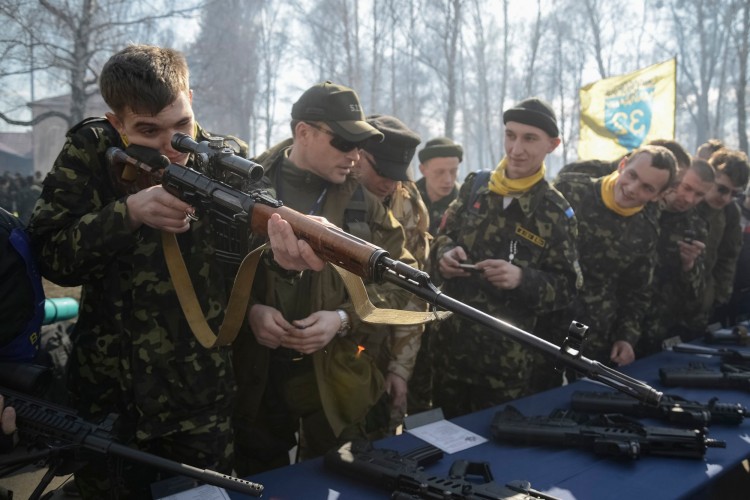 “We have to make some tough decisions to establish order on the security-services market, and to prevent its transformation into a market of small private armies,” Ukraine’s Interior Minister Arsen Avakov said Tuesday in Kiev.

The move follows Avakov’s warning this week to Kolomoisky and Ukraine’s two richest men, Rinat Akhmetov and Viktor Pinchuk, that the ministry is clamping down on the right to carry weapons and will ensure “armed private security groups won’t walk the streets.”

Kolomoisky, who was named governor of Ukraine’s eastern Dnipropetrovsk region a year ago, helped set up a volunteer battalion that fought against a pro-Russian insurgency. His region can field close to 2,000 battle-ready fighters, his aides told the Wall Street Journal in June.

The government clashed last week with Kolomoisky over control of the pipeline operator, Ukrtransnafta.

His security guards barricaded themselves inside the headquarters of state-controlled oil company Ukrnafta to keep in place management backed by the billionaire, according to Ukrainian lawmaker Serhiy Leshchenko.

Ukraine’s parliament last week lowered the threshold for a quorum at shareholder meetings. That green-lighted state-owned NAK Naftogaz Ukrainy, the majority owner of Ukrnafta, to replace Kolomoisky’s management team and get about 1.8 billion hryvnia ($77.5 million) in dividends for previous years. The same day the government dismissed Oleksandr Lazorko as chief executive officer of Ukrtransnafta.

The law on joint-stock companies was amended to allow shareholders with 50% plus one share to have a quorum, compared with the previous 60% requirement.

The government may grant the right to guard state companies exclusively to the State Security Service at the next meeting, Avakov said Tuesday. Only state-controlled security bodies have the right to bear firearms in public, and private security firms have 24 hours to disarm, he said Monday on Facebook.