UAE and Other Middle East Stocks Gyrate With Oil Prices 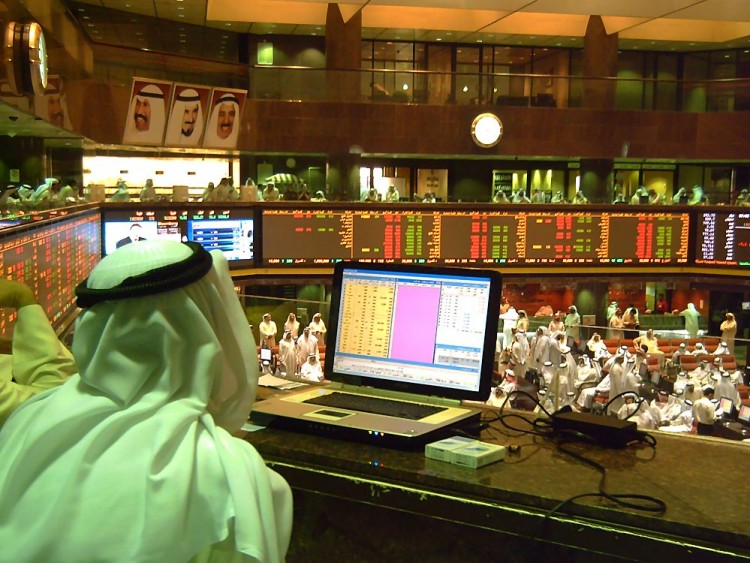 Dubai stocks tumbled the most since March as investors bet the longest streak of weekly gains in 15 months had taken share prices too high, too fast. Abu Dhabi equities fell to the lowest in almost three weeks.

The DFM General Index lost 2.3% to 4,132.46 at the close. Emaar Properties PJSC, the developer of the world’s tallest tower Burj Khalifa, ended a three-day rally. The ADX General Index in Abu Dhabi slid to the lowest level since April 14. Israeli shares fell for a fifth day, the longest run in three months.

A recovery in oil prices helped Dubai stocks to climb 20% last month, the biggest increase since July, sending its relative strength index to as high as 76 on April 16. A threshold of 70 on the momentum indicator signals to some investors that share prices are poised to fall. Sunday’s decline in the benchmark gauge came after a five-week, 24% advance.

“Dubai has had a good run lately and it’s in overbought territory,” said Ramez Merhi, a Dubai-based director for asset management at Al Masah Capital Ltd. which manages $500 million. “No market moves in a straight line and it’s logical for the index to pull back as investors take some money off the table.”

Emaar, which has the biggest weighting on Dubai’s gauge, retreated 3.6%, the most since March 18. Reporting results after the markets closed, the company said it has changed revenue-recognition norms. Emaar’s first-quarter net income grew 7%, beating estimates.

Stocks in Abu Dhabi, home to about 6% of the world’s proven oil reserves, slumped in the last 45 minutes of trading. The gauge earlier rose as much as 0.9% after the price of Brent crude closed near the highest since December.

The six nations of the Gulf Cooperation Council have about 30% of the world’s proven reserves and typically rely on revenue from crude to fund their budgets.

The Bank of Israel asked lenders to set limitations on the volume of leveraged loans and limit credit to borrowers with higher-than-average levels of leverage.

“Banks are pulling back on regulatory concerns,” Steven Shein, a trader at Tel Aviv-based Psagot Securities Ltd., said by e-mail.

Israel’s benchmark bonds due March 2024 dropped a fifth day as the yield increased four basis points to 1.55%, the highest since March on a closing basis. The government will auction a new 10-year note this week.

Egypt’s benchmark EGX 30 Index slumped 1.3%. The government issued rules governing the imposition of a capital gains tax on April 8, raising concerns the move would deter investors in favor of tax-free Gulf markets. The gauge’s 30-day volatility rose to a four-month high on Sunday as investors bet it might be canceled.

“The market’s moves in recent weeks have all been tied to the capital gains tax, with speculation on whether or not it will be implemented,” Tamer Ismail, head of dealing at Cairo Capital Securities, said by phone. “Investors are looking for more clarity this week. Until then, we’re likely to see more volatility.”