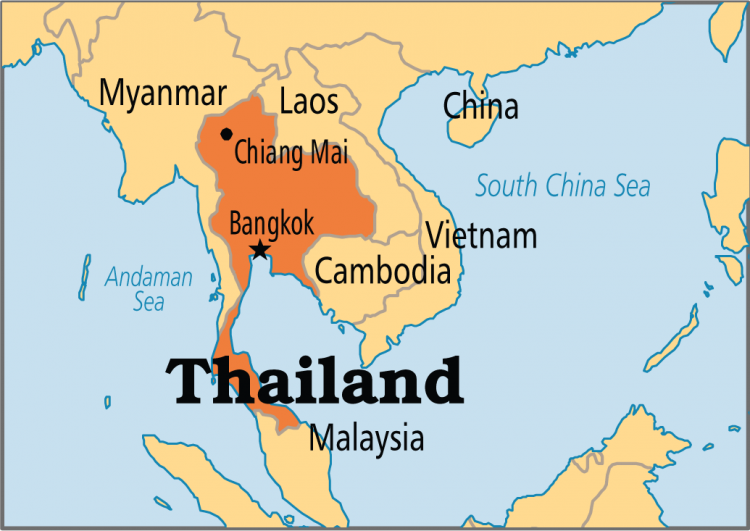 A deputy prime minister of Thailand has denied reports that Bangkok and Beijing have reached an agreement to develop the Thai Canal across the Kra isthmus, calling the project “stupid” and revealing that the country is now contemplating an oil pipeline that will not require consultation with China, reports Hong Kong newspaper Ming Pao.

Pridiyathorn Devakula, deputy prime minister for the economy, made the comments during a visit to Hong Kong last week. He said the proposed Thai Canal through the Kra isthmus of southern Thailand, which would allow ships to bypass the busy Strait of Malacca and save 1,200 kilometers of travel — about a day and a half to several days — for ships heading east to west, is no longer being considered by Bangkok.

“We won’t be that stupid,” he said of the canal first proposed as early as the 17th century, adding they will instead build a “faster and cheaper” 300-km-long oil pipeline connecting Satun province on the Andaman Sea with Song Khla province on the Gulf of Thailand.

Devakula said the oil pipeline is Thailand’s own project and will not require any consultation with China, noting that investment opportunities will be open to everyone. “The whole thing is we have to convince the NGOs. They are afraid we will build a refinery on the ground of which we have no intention,” he said.

Bangkok has already completed a feasibility study that indicates it will only take two years to recoup costs once the pipeline begins operations, he added, but stated that the project has not yet been approved. He also estimated that the pipeline would take three years to complete and would facilitate oil transport to China, Japan and South Korea.

However, the national committee set up by the previous government ousted last year remains in operation. Committee member Pakdee Tanapura told reporters that it is the pipeline projects that is “stupid,” adding that while it would be easy to construct, it will be expensive to operate. Both sides will need ships to transport the oil to and from the pipeline, making it even more difficult to attract investors than the canal proposal, he said.

Zhang Mingliang, an expert in Southeast Asian studies at Jinan University in Guangzhou, told Ming Pao that while he is not optimistic about the Thai Canal, he remains even more pessimistic about the oil pipeline because it is completely unnecessary. Even outsiders can tell that unloading oil from a ship to send through a pipeline before loading it onto another ship at the other end is not economically efficient, he added.