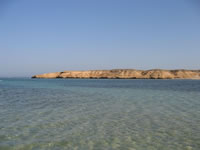 The two orders have been awarded through public tenders and the engineering, procurement, and construction (EPC) contracts were signed in Q1 of 2016. Gamesa, a global technology provider in wind energy said it will handle the project’s maintenance for the next three years. Gamesa will handle construction of the civil engineering and electric infrastructure required to install and operate both wind parks, according to SeeRenewables.

The first contract, for the supply of a total of 120 MW, was awarded by Egypt’s New and Renewable Energy Authority (NREA), calls for Gamesa to supply, install, and commission 60 G80-2.0 MW turbines. The project is being funded by the Spanish government through its Fund for International Business Expansion. Delivery of the wind turbines is scheduled to begin in October 2016, while the facility is slated for commissioning in the third quarter of 2017, wrote Wind Power Engineering website.

The Spanish firm will also expand capacity at an existing 200 MW complex by installing 20 new turbines, adding the equivalent of 40 MW to the wind farm. The project expansion has been financed by the German development bank, KfW, and should be operational in early 2017.