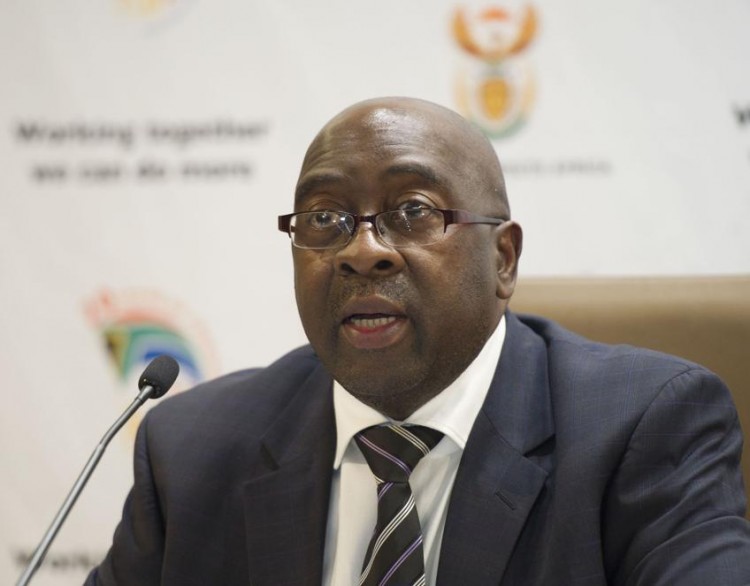 “We’re making good progress,” Nene said in an interview with Bloomberg TV Africa on Wednesday at the World Economic Forum in Davos. The plans “are at an advanced stage, but at a sensitive stage” because it may be market-sensitive, Nene said, declining to identify the assets.

Nene said in October the government will sell non-strategic state assets to raise 20 billion rand for Eskom to help the power utility fund a 225 billion-rand cash-flow gap. Barclays Plc said in a note on Jan. 14 that the government’s 14 percent stake in Vodacom Group Ltd. (VOD) and 40 percent holding in Telkom SA (TKG) SOC Ltd. would be the quickest to sell.

“We are looking at around June to release the first 10 billion, but that will only be done once we’ve received the proceeds from the disposal of state assets,” Nene said.

Eskom, which generates 95 percent of South Africa’s power, started rolling blackouts in November and warned on Jan. 15 of almost-daily managed cuts until April as it struggles to meet demand while doing maintenance on plants. Bank of America Merrill Lynch estimates that three months of outages may shave as much as 1 percentage point off the economic growth rate.

“We have got to go through a little bit of pain” to solve the country’s electricity crisis, Nene said. “The reason we are going through it is precisely because we are addressing the challenge.”

The International Monetary Fund on Tuesday cut its 2015 growth forecast for the continent’s second-largest economy to 2.1 percent from 2.3 percent.

“There is a plan for all state-owned agencies,” Nene said. “We are looking beyond SAA. They have a major impact on the fiscal framework.”

Eskom is also planning a roadshow later this month or in February to test market appetite for an international bond, Johannesburg-based Business Day reported.

The effect of possible monetary policy tightening by the U.S. Federal Reserve has already been priced into the rand, Nene said. The currency has weakened 9.2 percent against the dollar since the start of last year and was trading as low as 11.5480 on Thursday.