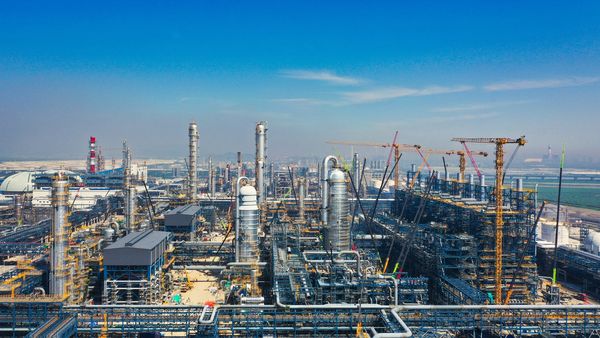 Sinopec Corp, a state-owned refining behemoth in China, announced on Tuesday that it has created its first aviation fuel from spent cooking oil at a facility with a large industrial footprint in east China, Reuters reported.

The Sinopec Zhenhai Refining & Chemical Co.’s biojet facility, which can handle 100,000 tonnes of waste cooking oil or “gut oil” annually, sets the door for Sinopec to begin producing biofuel on a commercial scale.

According to Sinopec, biojet fuel reduces carbon dioxide emissions by more than half over the course of its whole life.

Since 2009, Sinopec has been developing the fuel, and in 2014 the company was awarded the nation’s first airworthiness certificate for the fuel.

In late 2021, the International Energy Agency estimated that the global biojet demand could increase from about 0.1 billion liters to 2 to 6 billion liters by 2026.