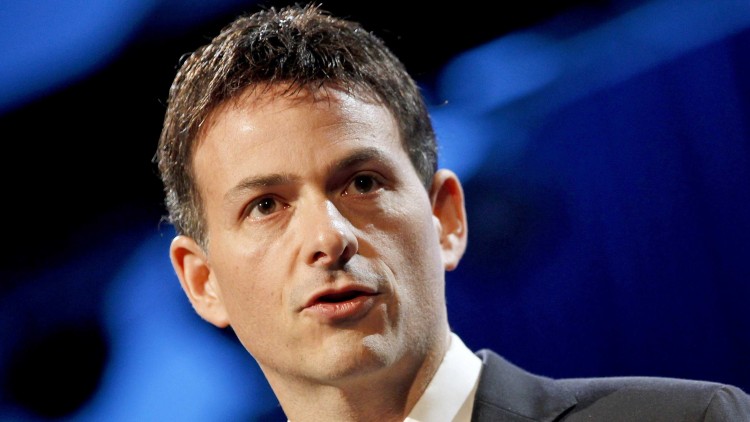 Money manager David Einhorn slammed the shale drilling industry that ushered in a new era of U.S. oil production as wasteful, expensive and a terrible investment.

Einhorn, who manages $12 billion as president of Greenlight Capital, said investors who are bullish on oil prices should avoid buying stock in producers and instead invest in the commodity itself. He singled out Irving, Texas-based Pioneer for special attention.

“Pioneer burns cash and isn’t growing,” said the 46-year-old Einhorn. “Why is the market paying $27 billion for this company?”

Pioneer fell as much as 5.3 percent for the biggest intraday decline since Feb. 11. EOG had been up as much as 2.5 percent before Einhorn’s comments triggered a sell-off that wiped out most of Monday’s gains. Both companies recovered some of those declines later: Pioneer closed 1.9 percent lower at $168.33, and EOG was up 0.5 percent.

Shale explorers revolutionized North American oil and natural gas production with sideways drilling and hydraulic fracturing techniques honed in Texas, Oklahoma and North Dakota. As a result, U.S. crude output almost doubled in the past eight years to more than 9.3 million barrels a day, more than every member of OPEC except Saudi Arabia.

Einhorn has a long history of betting against companies within his New York-based hedge fund firm. He’s also a frequent speaker at the annual Sohn conference where he explains his rationale. The strategy has had mixed success.

In May 2008, he told investors they should bet against Lehman Brothers Holdings Inc. because it needed more capital to recover from credit-market losses. Lehman Brothers filed for bankruptcy that September.

At the Sohn conference last year, Einhorn said he was betting software company Athenahealth Inc. could fall as much as 80 percent. The prediction has yet to come true: the Watertown, Massachusetts-based company has fallen 7.6 percent since Einhorn’s pronouncement and was never down more than 16 percent during the intervening 12 months.

In 2014, he also criticized “cool kid” companies in the technology sector that he faulted for using buzz words in their financial documents to lure venture capital.