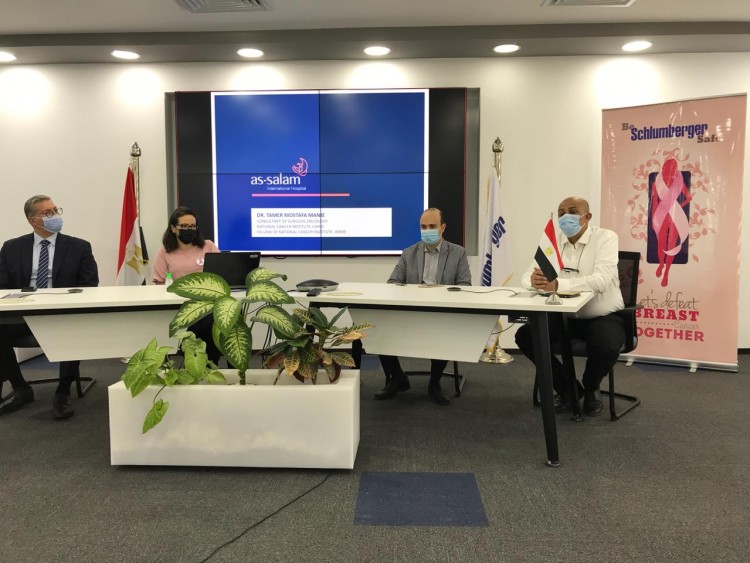 Schlumberger’s campaign highlights the importance of fostering a healthy environment by encouraging early detection in addition to raising awareness about the disease.

Heba El Karrar, Marketing, Communication and Stewardship Lead at Schlumberger, commenced the event stating that “we are keen here in Schlumberger to have this annual event to remind ourselves that breast cancer is curable.” Her remarks conveyed Schlumberger’s diligence to increase attention on the disease and show support for raising awareness, early detection, and treatment.

Drawing on the same topic, Nagi Zohir, Medical Advisor at Schlumberger, reiterated the company’s focus on such disease as it “is one of the serious diseases [that] mostly affect females,” hoping that through promoting awareness, the risk of cancer can be reduced. Joining them was Dr. Tamer Manie, Consultant of Surgical Oncology at As-Salam International Hospital, the National Cancer Institute in Cairo and Fellow of the National Cancer Institute in Rome, who noted that for every 100 women, one man gets breast cancer.

Manie asserted, however, that “breast cancer is a curable disease if detected at an early stage.” He highlighted several points when it comes to breast cancer including; causes and risk factors; symptoms; early detection; genetic testing; surgical options; and busting the myths surrounding the disease.