Qatar Between Rival Gas Powers, Iran and US 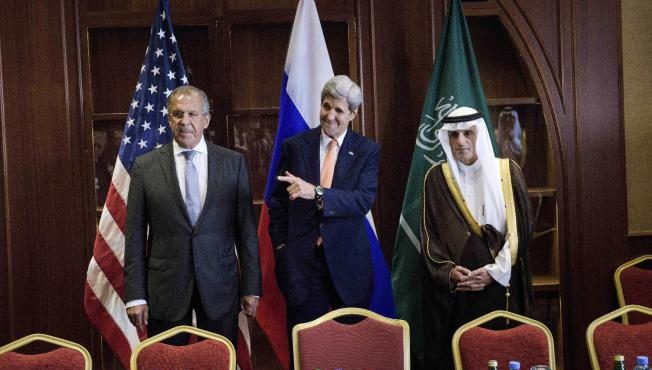 Qatar’s Foreign Minister Khalid Al Attiyah said on Tuesday that a “serious dialogue” with Iran was called for to solve several outlying challenges in the region, reported Gulf News. “Iran is our neighbor in the region. We have to live together,” he said.

These remarks came shortly after US Secretary of State John Kerry met with the GCC, in Qatar, to drum up support for the recently signed nuclear agreement with Iran. He went to great lengths to reassure the GCC states of America’s continued commitment to their security.

Possible avenues of cooperation with Iran, according to Gulf News, includes the underwater natural gas field Qatar shares with Iran.

In a related development reported by the Washington Times, a study issued by the Foreign Policy Energy Security and Climate Initiative at The Brookings Institution predicted that the US was on the verge of becoming one of the world’s top LNG suppliers.

The only remaining hurdle, the report argued, was international competition from the top gas producers like Qatar, Australia and rising markets in East Africa.