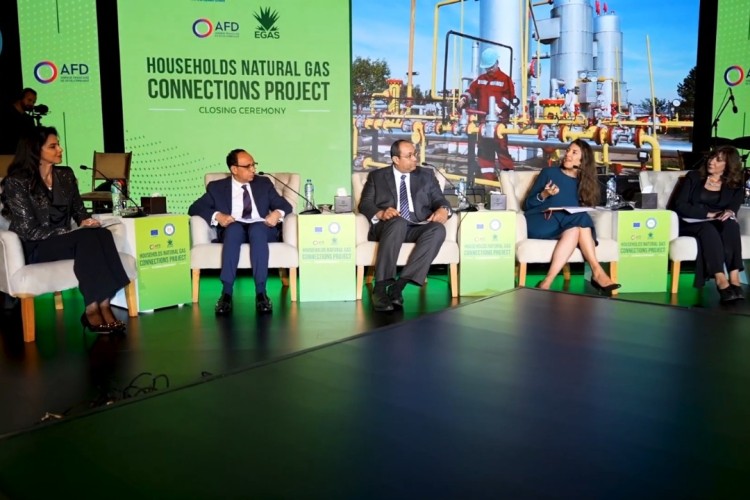 Mahmoud said that during the panel discussion organized by EGAS in cooperation with the European Union (EU) and the French Development Agency as part of the meeting held on the occasion of closing the natural gas connection project to 2.3 million housing units in 20 governorates.

Additionally, Mahmoud showcased the working plan of the project hailing the technical support provided by this project to boost the structuring of the gas market and consolidate the role of the Gas Regulatory Authority (GasReg).

For her part, the Assistant Chairman for Communications & Information Technology in EGAS, Dawlat Hashem, noted that EGAS has applied EPR system, as a part of the Modernization project adopted by the petroleum ministry, to collect and analyze data as well as develop information technology system in order to improve operations.

Moreover, Ahmed Al Beltagy, Head of the Transport, Energy and Climate Sector at the EU delegation, elaborated that the natural gas connection project helps in the development goals of the country for citizens as it is a vital fuel.

The panel discussion was attended by the Minister of Petroleum and Mineral Resources, Tarek El Molla, the Head of the EU Delegation to Egypt, Christian Berger, and the French Ambassador to Egypt, Marc Baretti.