OPEC Expects US Shale to Decrease in Coming Year 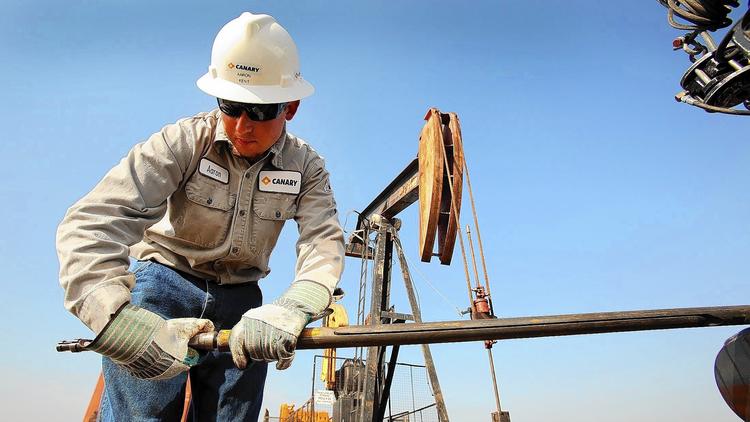 US shale oil producers could reduce output late this year if low oil prices continue, according to a new report from the Organisation of Petroleum Exporting Countries (Opec).

The oil producing cartel left its estimate for non-Opec supply unchanged for the year in its monthly market report for March, despite expectations that non-Opec members would cut supplies as a response to the oil price decline.

Shale oil “producers are aware that typical oil wells in shale play decline 60% annually, and that losses can only be recouped by drilling new wells,” Opec said.

“As drilling subsidies due to high costs and a potentially sustained low oil price, a drop in production can be expected to follow, possibly by late 2015.”

In the short term, increased demand in Europe and Asia pushed oil prices higher in February and has raised expectations that prices have already bottomed out and were beginning to rebound.

The average gain across both types of crude meant that prices had increased more than 20% on average in a single month.

Oil prices declines spectacularly in the second half of 2014 and the first month of 2015, when crude oil prices fell by more than half. That trend has been attributed to a supply glut, driven by production increases at American shale oil facilities. High supply was accompanied by a period of slow demand growth, as European and Asian economies struggled to emerge from a period of minimal growth.

“Today’s news from Opec is quite encouraging – having plummeted by over 60% since last summer, the hope is prices will soon be well and truly on the rebound. For Opec, prices in February ended up 20% up compared to January, the largest rise for over six years,” said Charles Dewhurst, global head of natural resources at BDO.

As a response to the falling oil price, a number of major oil companies cut back on investment in new projects for 2015, which has raised expectations that this year could result in a record low number of new discoveries. That could in turn put upward pressure on oil prices in the medium term.