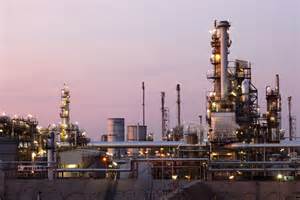 Duqm Refinery & Petrochemical Industries Company (DRPIC) awarded a $2.75 billion contract to a Spanish-Korean consortium for the construction of its main processing plants, reports Times of Oman.

The consortium is composed of Spain’s Tecnicas Reunidas and South Korea’s Daewoo Engineering and Construction.

The Duqm Refinery has also awarded contracts for other aspects of the project to Saipem International and a joint venture between Petrofac and Samsung Engineering. Saipem International will construct storage tanks, an export facility, and an 80-kilometer pipeline to the Ras Markaz field for $800 million while Petrofac and Samsung contracted to build offsite facilities and utilities for $2 billion, reports Trade Arabia

The entire project is estimated to cost $7 billion, according to Zawya.

The crude oil for the refinery will come from Oman (35%) and Kuwait (65%), according to Trade Arabia.

The refinery will be located in the El Wusta region of Oman and is projected to begin commercial operations in 2021. The project is a joint venture of Oman Oil Company and Kuwait Petroleum International Ltd., reports Times of Oman.