Ministry of Petroleum Conducting Studies to Revise its Portfolio 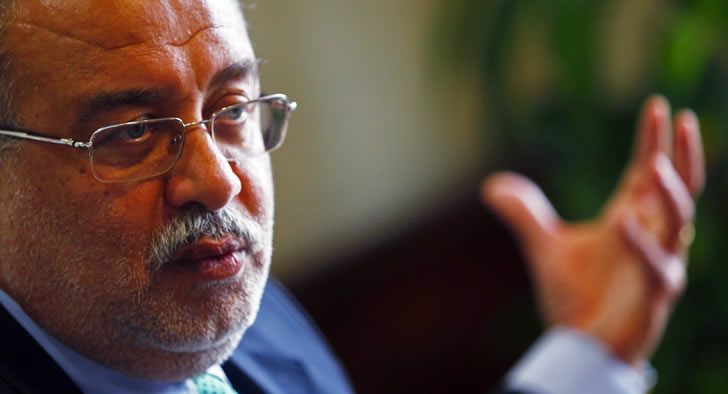 The Ministry of Petroleum is conducting studies on its assets portfolio to increase its income and manage its portfolio, according to Minister of Petroleum Sherif Ismail.

These come as part of its plan to develop the sector, which are expected to be completed soon.

According to an Egyptian Stock Exchange (EGX) statement, Ismail held negotiations with the EGX chairman on how oil companies can make use of EGX’s financial structure. They also discussed ways to provide funds for these companies, without further burdening the state treasury.

“We are holding talks with the government to offer shares of state-owned companies, especially in the electricity and oil sectors, as well as holding talks with companies that meet the conditions so that they can return to the market, while offering facilitations to these companies,” said EGX chairman Mohamed Omran.

Hanafy also said, however, that this matter will take some time, since listing and bidding rules include certain requirements for the budget preparation process. There are also rules on expansion plans under the regulations of company ownership.

Financial analyst and expert on capital markets Mohsen Adel said offering shares of state-owned companies is a good step. The market would respond well to any new capital if it is financially powerful and has good growth potential.

Adel added that this would allow the government to directly seek funding through expanding the rules on ownership, which is a very positive expansion plan for developing these companies and expanding their investments. Bidding would make a noticeable transformation in companies’ management through setting a financial list and abiding by transparency.

Former Minister of Petroleum Osama Kamal has previously said that he expects that parts of the companies will be offered in initial public offerings (IPOs) very soon.

According to the press statement: “The meeting discussed EGX’s role as a financing platform, and what it can contribute to provide the funds needed for oil companies during the next period, which requires big investments in this important and vital sector.”

Studies are required to outline how to make use of the EGX in funding a number of promising companies that require more investments or restructuring the companies requiring development of their financial status, without placing more burden on the state budget.

Omran further noted that the Ministry of Petroleum has a portfolio of strong companies with high solvencies, assuring that oil companies’ experiments used to be very promising.

He added that the role of EGX is to fund these companies and give them expansion and development opportunities, affirming that EGX was able to provide EGP 100bn during the last decade.