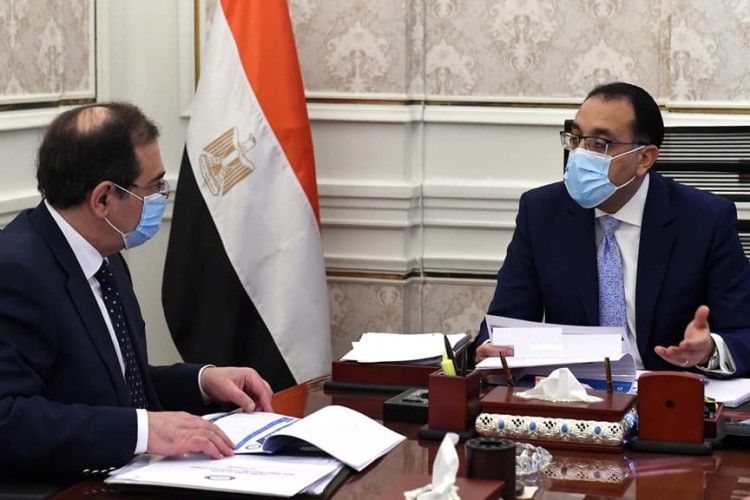 Prime Minister Mostafa Madbouly met with Minister of Petroleum and Mineral Resources Tarek El Molla to follow up on the availability of petroleum products in the local markets in light of the repercussions of the current Russian-Ukrainian conflict.

Madbouly began the meeting by emphasizing that Egypt is following the current Russia-Ukraine war and its consequences on various levels, with close attention to its economic ramifications and what this entails for commodity prices worldwide.

Madbouly said that the Egyptian government under the leadership of President Abdel Fattah El Sisi, is working to provide basic and strategic commodities to citizens, including petroleum products, despite the market’s current price hikes.

During the meeting, El Molla briefed the Prime Minister on the current situation of the availability of petroleum materials, as well as the available reserves and future needs.

El Molla touched on the results of his recent visit to the United States to participate in the activities of the “Africa Economy and Energy Forum”, which was held during the CERAWeek in Houston, USA. This energy conference witnessed the participation of oil and energy ministers from 11 African countries, officials of the US Department of Energy, and corporate leaders from international oil and energy companies.