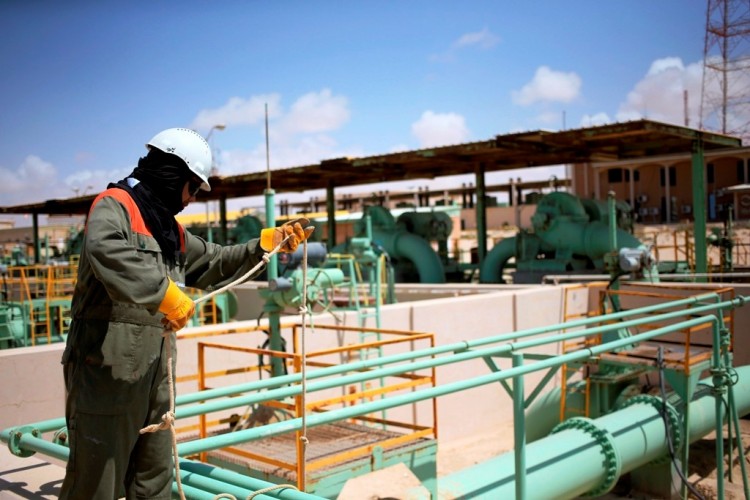 Libya has resumed oil exports from the eastern port of Zueitina after an almost year-long suspension and is also testing a pipeline to restart exports from Hariga port, officials said on Sunday.

The resumption will bring in badly needed revenues for the oil producer struggling with a public finance crisis due to a violent conflict between two governments and parliaments.

Zueitina is under the control of troops loyal to the internationally recognized Libyan government. The proceeds from the oil exports will go to the central bank which has sought to stay out of the conflict.

Oil exports have fallen to less than 200,000 barrels a day with the closure of the eastern Hariga port due to a pipeline blast a week ago, a fraction of the up to 1.3 million barrels it exported daily prior to the ousting of Muammar Gaddafi in 2011.

Most Libyan oilfields have stopped working due to the power struggle.

The first tanker in almost a year loaded crude from the eastern port of Zueitina on Sunday, an oil official said.

The oilfield named 103 and Harouge Oil Co feeding into the port have resumed work. A Greek-registered tanker will leave for Italy later on Sunday after loading 750,000 barrels of oil, the official said.

It was not clear how much of the lifting came from tanks which had been full when a protest started in summer 2013. An industry source said field 103 had resumed work with an output of 15,000 bpd, while Harouge was pumping 14,000 bpd from its Amer field.

The port, the smallest of four eastern terminals, reopened in April last year after a former rebel group wanting autonomy for eastern Libya lifted its blockade, but since then strikes and technical delays had prevented the resumption of exports.

Further in the east, engineers at the Sarir field, the country’s biggest, started testing the pipeline to the Hariga oilfield damaged by a blast a week ago.

“We have started a test pumping to assess the maintenance. Most likely the final result of the test will be clearer tomorrow,” said Omran Al-Zwie, spokesman for the port and oil field operator Arabian Gulf Oil Co (AGOCO).

An industry source said the pumping rate was 40,000 barrels on Sunday. Hariga used to export from the Sarir and nearby Messla fields a total of 120,000 bpd.

But another oil official said it would take up to 10 days to resume exports from Hariga to allow finishing of the pipeline repair. Officials often given contradictory accounts in Libya.

There have been some exports from Hariga since the blast closed the pipeline using oil in storage at the port but the oil official said the 500,000 barrels remaining there would be used for domestic refinery use.

Hariga is also home to a 20,000 bpd refinery. A second refinery in Zawiya west of Tripoli, which has a capacity of 120,000 bpd, is mainly fed from Brega port.

The worsening security situation, including the rise of a group linked to Islamic State militants that beheaded 21 Egyptian Christians, has prompted foreign energy firms to withdraw staff from the country.