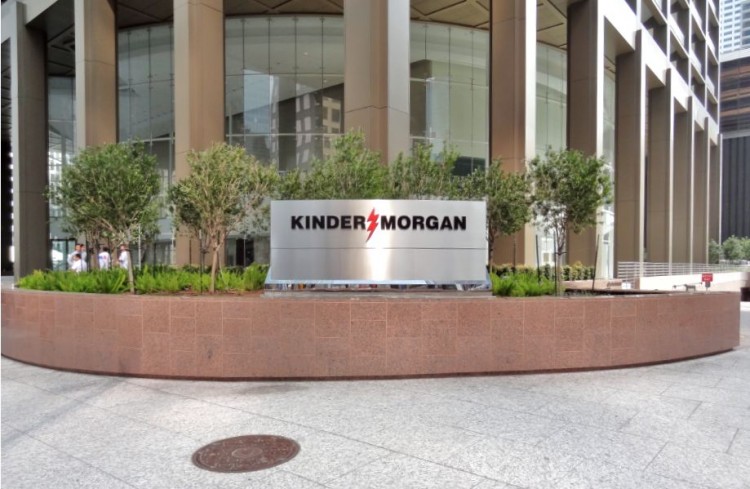 Kinder Morgan Inc. has agreed to pay about $3 billion, including debt, to buy a pipeline network from oil billionaire Harold Hamm that will give the company a foothold in the Bakken shale formation.

The deal is billionaire Richard Kinder’s latest move to dominate shipping of North American oil and natural gas everywhere from the Mexican border to Canada’s Pacific Coast. Kinder in November united his empire into a $89 billion company that controls 80,000 miles (129,000 kilometers) of conduits and 180 terminals, transporting about a third of U.S. gas.

“They’re trying to take advantage of what they view as a down market in the Bakken,” Bradley Olsen, a Houston-based analyst for Tudor Pickering & Holt, said in a phone interview. “It doesn’t look especially cheap on the up-front numbers. There’s going to be a lot of questions about whether he’s been conservative enough with his forecast for the Bakken.”

The Houston-based company also reported a 63 percent decline in fourth-quarter net income after writing down the value of some oil and gas properties, and said Chief Operating Officer Steven Kean will start as CEO June 1.

Shares of Kinder Morgan fell 1.8 percent to $41.25 in after-hours trading in New York. They’re up 18 percent from a year ago.

Kinder told analysts and investors on a conference call his team was “pretty conservative” in assessing the deal, considering the area’s low prices. The location of Hiland’s assets are in one of the lowest-cost basins in North America for producers to continue drilling and shipping oil, Kinder said.

“We think and believe that we’re right in the tier one, sweet spot of the Bakken,” Kinder said. “Otherwise we wouldn’t have done the deal.”

Hiland Partners will be the company’s biggest acquisition of a non-Kinder entity since the 2012 purchase of El Paso LLC for $37.6 billion including $17.75 billion in debt. Hiland’s assets include 2,531 miles of gas-gathering pipelines, five processing plants and seven gas-treating facilities, according to its website.

The company took a $235 million impairment charge on one of its oil and gas properties as crude prices dropped by half from their June highs last year.

The oil crash is also leading Kinder Morgan to reassess the timing of a $1 billion plan to develop the St. Johns CO2 source field in Apache County, Arizona, and the associated construction of the Lobos Pipeline and expansion of the southern portion of the Cortez Pipeline.

Distributable cash flow per share before certain items, a measure of the company’s ability to pay dividends, rose to 60 cents in the quarter as the payout increased to 45 cents.

“Those are positive,” said Skip Aylesworth, who manages about $2.5 billion in the Hennessy Gas Utility Index Fund, including a stake of about $113 million in Kinder Morgan. “That’s on the high end.”

Kinder Morgan first announced it planned to promote Kean, a former chief lobbyist for Enron Corp., last month. The company will continue to be run the same as before, Kinder said, adding that he’ll be included in major acquisition and expansion decisions. Kinder will remain at the company as executive chairman.

“My name is on the door and I don’t plan to go anywhere,” Kinder said. “As we say in Texas, I plan to die with my boots on.”

Hamm, a 69-year-old wildcatter who pioneered extraction in the Bakken shale of North Dakota and Montana, is selling closely held Hiland after his personal wealth declined in past months as slumping crude prices dragged down the value of his primary holding, a 68 percent stake in Continental Resources.

The son of Oklahoma sharecroppers, Hamm has seen his wealth shrink to $9.5 billion from more than $16 billion in October, according to the Bloomberg Billionaires Index. Kinder’s net worth has risen to $12.1 billion from about $11 billion at the end of October.

Hamm is embroiled in a $1 billion divorce with ex-wife Sue Ann Arnall. Earlier this month, his lawyers told an Oklahoma judge that Arnall’s decision to cash a handwritten check from Hamm for $972 million extinguished her demand for more money.

Arnall appealed as inadequate the 2014 divorce ruling that gave most of the couple’s assets to Hamm.