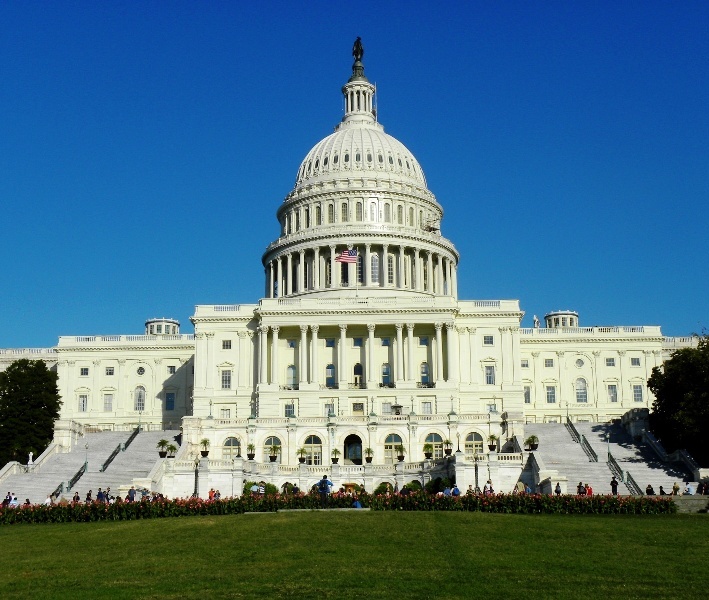 The U.S. House overwhelmingly passed a bill Friday authorizing a major oil pipeline, despite a renewed pledge by the White House to veto the legislation after a state court removed a major obstacle.

The Keystone XL pipeline has been one of the biggest areas of conflict between President Barack Obama and Congress, which Republicans took full control of this week for the first time since he took office.

The pipeline would move tar sands oil from Canada 1,179 miles (1,900 kilometers) south to refineries on Gulf of Mexico Coast. Supporters say it would create jobs and ease American dependence on Middle East oil. Critics argue that the drilling is environmentally harmful, and said much of the Canadian crude would be exported with little or no impact on America’s drive to reduce oil imports, which have already been greatly reduced because of record U.S. oil production.

The House on Friday approved the measure 266-152, with 28 Democrats voting in support. It was one of the first pieces of legislation considered by the Republican-controlled Congress and the 10th vote the House had taken since July 2011 to advance the $8 billion project.

“We shouldn’t be debating it, we should be building it,” said House Majority Leader Kevin McCarthy, who noted that more than 2,000 days had passed since the pipeline was first proposed in 2008.

The Senate has a test vote on Monday with enough support to pass an identical bill.

Hours before the House vote, Nebraska’s highest court tossed out a lawsuit challenging the pipeline’s route, an obstacle the White House said it needed removed to make a decision.

The White House veto threat was based partly on the outstanding Nebraska case. Obama has said he needed the state court ruling before deciding whether the cross-border pipeline is in the national interest.

Senate Majority Leader Mitch McConnell, following the court’s decision, renewed a call for Obama to reconsider his promise to veto the measure.

“Today’s ruling provides the perfect opportunity for the president to change his unproductive posture on this jobs project and reverse his veto threat,” McConnell said. “The president now has every reason to sign it.”

In a statement, a White House spokesman said the court’s decision will have no effect on the president’s plan to veto the bill.

“Regardless of the Nebraska ruling today, the House bill still conflicts with longstanding executive branch procedures regarding the authority of the president and prevents the thorough consideration of complex issues that could bear on U.S. national interests, and if presented to the president, he will veto the bill,” said deputy press secretary Eric Schultz in a statement.

In the face of a veto threat, Democrats called the bill a waste of time Friday.

Rep. Frank Pallone, the top Democrat on the House Energy and Commerce Committee, said building the pipeline would increase reliance on Canadian tar sands oil and reverse the strides to reduce the pollution blamed for global warming.

“We get all the risk,” he said, “while the oil companies will reap all the rewards.”