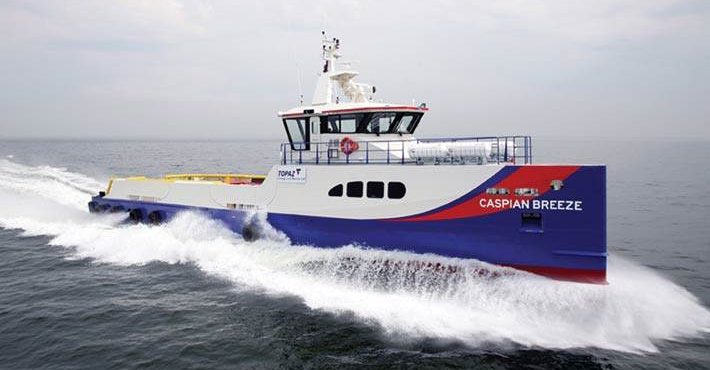 Iran has bought an acid treatment vessel used to improve oil and gas productivity, for which the country relied on major energy companies.

“With this purchase, the Iranian oil and gas industry has been equipped with one of the world’s most advanced oil vessels for the first time,” a statement by the National Iranian Oil Company (NIOC) said on Monday.

Drilling services, such as acidizing of Iranian wells, were provided by US and British companies but they unilaterally suspended cooperation with the Islamic Republic after sanctions were imposed on Tehran.

The purchase of the acidizing vessel is the second major procurement in Iran’s energy industry since NIOC bought a vessel crane for the installation of giant oil and gas platforms in the Persian Gulf.

According to NIOC, the vessel called Deep Cleaner logged a record after improving productivity from gas wells at Phase 16 of the giant offshore South Pars gas field 2.5 times.

Deep Cleaner is “the most advanced ship of its kind” in the Middle East, the company also said.

Acidizing involves pumping of acid into geologic oil and gas formations to improve the stimulation of wells. It is performed on new wells to maximize initial productivity and on aging wells to boost recovery of resources.

Years of sanctions have hampered Iran’s development of its huge oil and gas fields. The country owns the fourth biggest oil and first gas reserves in the world.

Recent openings in the wake of nuclear negotiations have raised hopes among international companies for return to Iran but officials say new tie-ups would require active partnership of Iranian firms and transfer of technology.

On Monday, an energy official said as many as 30 European and Asian companies have held negotiations with Iran in recent months for participation in the country’s oil and gas investment plans.

“Over the past few months, a number of big delegations from European and Asian companies have traveled to Tehran in groups of eight to 10 people and started technical and contractual negotiations with Iran,” the Ministry of Petroleum’s Mehdi Hosseini said.

US companies are also greatly interested but no direct talks have been held with the Americans so far, he added.