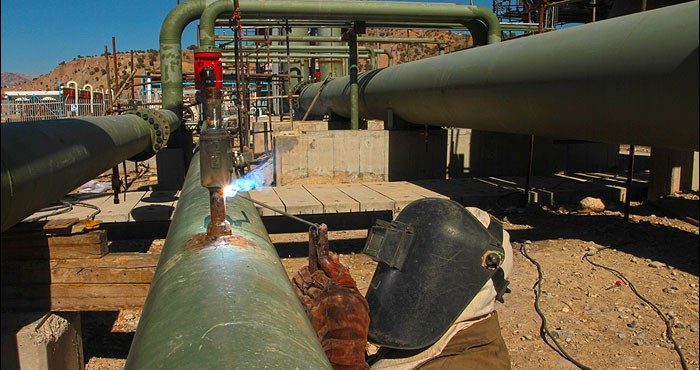 Iranian companies signed a $2.3 billion agreement on Monday to build 1,300 kilometers of pipeline which the country sees as its most important conduit for future gas exports to Europe.

The Iran Gas Trunkline-6 (IGAT-6), with the throughput from the massive South Pars field, will boost Iran’s exports through the neighboring Iraq.

The repayment will come from gas exports to Iraq, the Iraqi Kurdistan region and Turkey, the Mehr news agency reported.

The contract includes building 590 kilometers of pipeline up to the border with Iraq in addition to five gas compressor stations in two years.

According to Mehr, the construction of the pipeline for a length of 611 kilometers between Assaluyeh and Ahvaz has already completed.

IGEDC Chief Executive Alireza Gharibi said Iran’s gas exports to Iraq are planned to go through two lines to Baghdad and Basra near the border.

For Baghdad, a 42-inch pipeline stretches from Assaluyeh to Naftshahr on the border with Iraq.

In Iraq, the 120-km pipeline passes through the volatile Diyala province to feed a power station there before branching into two lines to supply two more plants in Baghdad.

Plans for exports were pushed back again last month over concerns about the security of the pipeline, the Fars news agency said.

Iran is expected to initially deliver 4 million cubic meters of gas per day (mcm/d) before raising it to 35 mcm/d later to feed three electricity generation plants in Iraq.

Gharibi said final tests of the pipeline are underway and the gas flow is expected to begin in the next month.

The agreement for exports of the Iranian gas to Basra is also expected to be finalized in the “new future”, he added.