Iran to Outstrip Qatar in Natural Gas Production by 2018 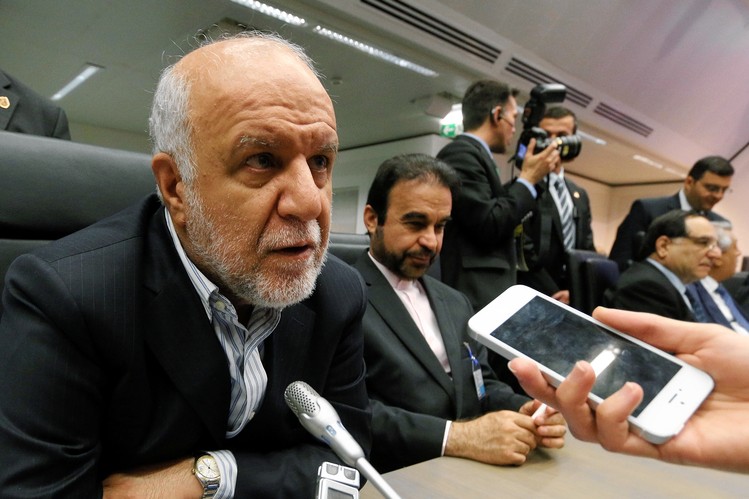 Iran says it will overtake Qatar in production of natural gas from a major field shared between the two countries within the next three years.

Iran’s Minister of Petroleum Bijan Namdar Zangeneh has emphasized that the country will complete all the projects that have been defined in South Pars gas field before April 2018.

“That would put Iran ahead of Qatar in terms of the daily production of natural gas,” Zangeneh has been quoted as saying by the Persian-language newspaper Ta’adol.

Nevertheless, he said, Qatar will still be ahead from the viewpoint of overall production given that it started the producing of gas from the field sooner than Iran.

South Pars – called the North Dome by Qatar – is one of the world’s largest gas reservoirs. It is believed to hold an estimated reserve of 51 trillion cubic meters of in-situ natural gas and some 50 billion barrels of condensates.  The Iranian section of the huge field has been defined into 29 projects or phases.  About half of the phases have already been completed and operations to bring the rest on stream are currently underway.

Zangeneh blamed US-led sanctions on Iran for slowing the progress of Iranian oil and gas projects. However, he emphasized, Iran has been able to push ahead many projects – specifically in South Pars – in face of the sanctions.

“Currently, phases 12, 15 and 16 and also a part of phase 17 have been put on stream,” he said. “Over a period of less than two years, seven production platforms were launched simultaneously.”

“Even our colleagues in the Energy Ministry could not believe we would be able to provide the current volume of natural gas to them. The amount of gas delivered to the Energy Ministry [for production of electricity] in December was four times higher than the same period last year,” Zangeneh added.

The Iranian minister said the sanctions have caused the expenditures for completing each of South Pars phases to soar to above $3.5 billion. He added that the sanctions have even made supplying the required equipment for the projects difficult.

“For instance, the compressors that Iran has purchased for South Pars projects have been confiscated in the Netherlands and the UAE due to the sanctions,” Zangeneh said.

The US, the European Union and the Security Council of the United Nations have imposed a series of draconian economic sanctions on Iran in a bid to stop the country from pursuing its peaceful nuclear program.  The removal of sanctions – that Iran says are illegal – is currently a main theme in nuclear talks between Iran and a so-called P5+1 group of countries – the five permanent members of the Security Council plus Germany.