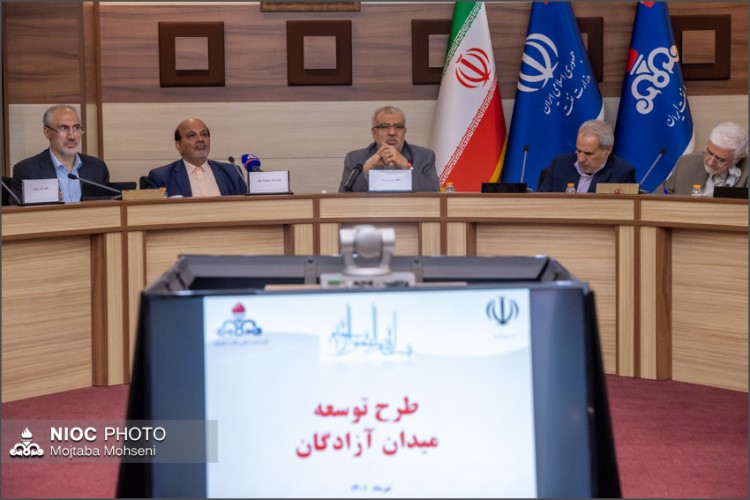 Javad Owji, the Iranian Minister of Petroleum, said $7 billion would be invested in the Azadegan Oilfield, the majority coming from Iranian banks, development companies, and the National Development Fund of Iran (NDFI).

The Iranian minister stressed the necessity to invest $160 billion in the country’s oil industry over the next eight years.

He indicated that while they wouldn’t be able to fund the entire $160 billion investment needed in the upstream and downstream sectors over the course of the next eight years using domestic resources, they could fund the majority of it.

At a meeting to present investment opportunities and the implementation mechanism of banks’ participation in upstream projects, he said: “Unfortunately, in recent years, we have not been able to take advantage of the domestic financial capacities in the oil industry.”

The joint Azadegan oil field (North and South) is the largest joint oil field between Iran and Iraq. Owji indicated that Iran only produces about 190,000 barrels per day from this field while Iraq is currently developing and producing from it by utilizing the resources of companies like bp and Shell.

“As an expert in oil and gas reservoirs, I say that considering the high capacity of this field, it is realistic to expect a production level of over 590,000 barrels per day from this field,” he said.