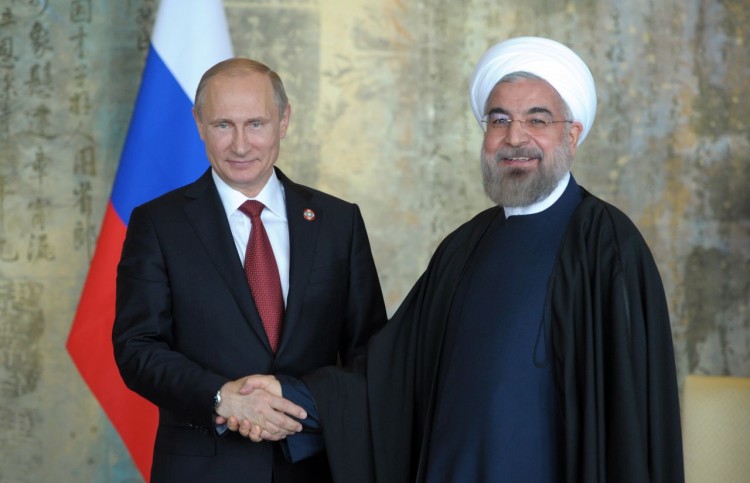 Russia’s President Vladimir Putin (L) shakes with his Iran’s counterpart Hassan Rouhani during their bilateral meeting on the sidelines of the fourth Conference on Interaction and Confidence Building Measures in Asia (CICA) summit in Shanghai on May 21, 2014. China is hosting the CICA summit in Shanghai with Chinese President Xi Jinping and Russian leader Vladimir Putin among the heads of state attending. AFP PHOTO / RIA-NOVOSTI / POOL / ALEXEY DRUZHININ (Photo credit should read ALEXEY DRUZHININ/AFP/Getty Images)

As further stated by Araqi, one of the projects which both countries are planning to jointly carry out is the exports of natural gas. Accordingly, the two sides have formed a joint working group to study gas export to Europe and Eastern Asia.

However, Araqi noted that no joint project has been determined so far.

The Managing Director highlighted that Iran and Russia do not consider themselves as gas market rivals, and emphasized that both countries would benefit from cooperating with each other in the sector.

The announcement of possible Iran-Russia cooperation over joint gas projects came before a planned visit to Moscow by Iran’s President Hassan Rouhani.