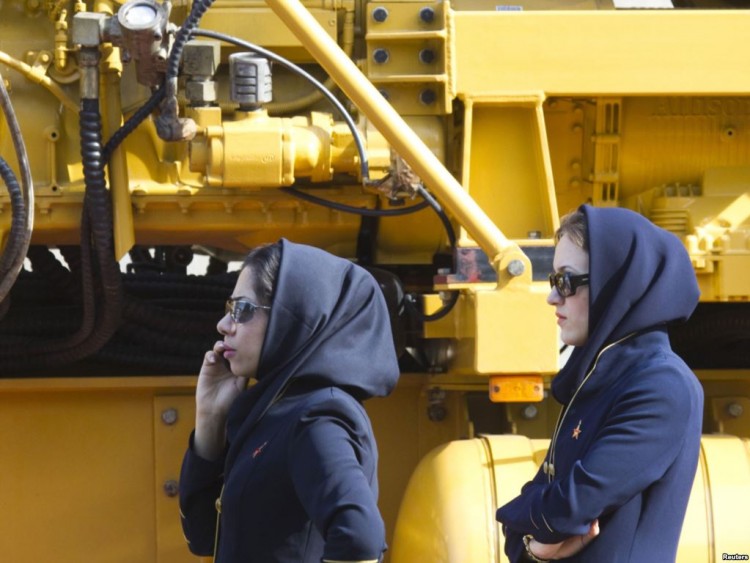 The Islamic Republic is in talks with the US and the Europeans and they hope to put decades of their standoff over Tehran’s nuclear energy program to rest.

Zangeneh says numerous negotiations have been held with international entities over the past one and half years over their participation in Iran’s oil industry projects.

“These companies are waiting for the sanctions against Iran to be lifted so that they can swiftly sign deals,” the minister told the national television during a live program.

“America and its allies however are trying with all their power to impede our work,” he said.

Zangeneh said the Americans even oppose a conference in London to present Iran’s oil development projects to multinational companies.

The conference was due to be held this month but it was delayed until later in the year without explanation.

Zangeneh says Iran has put forth its energy projects up for foreign investment both in upstream and downstream sectors.

Sanctions, however, prevent foreign companies from participating in Iran’s massive oil and gas development schemes. US companies face the most inextricable legal hurdles to dig in.

Western oil executives have queued up to meet Zangeneh during OPEC’s meetings in Vienna, including Italy’s Eni, Royal Dutch Shell and Austria’s OMV.

Zangeneh says Iran is making all its efforts to develop its fields even under sanctions.

“Right now, there is good work going on in the South Pars and western fields for gas and oil production. It’s not such that we should wait for the sanctions to be lifted. We are continuing our work in line with the resistance economy policies.”