In a first, Saudi Energy Minister Meets with Hedge-Fund Investors 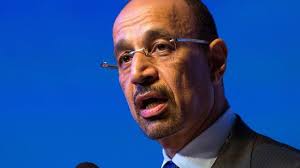 The meetings represent a shift for the oil-producing giant. In the past, Saudi Arabia has accused hedge funds of creating a speculative oil market, but, with lagging oil prices and a Saudi Aramco IPO under consideration, the ministry appears to be softening its position, according to OilPrice.com.

This is the first time a Saudi Energy Minister has met directly with hedge-fund representatives.

According to Bloomberg, El Falih sought the advice of the traders on how to deal with the ongoing oil-price slump and whether Saudi Arabia should conduct forward-price sales to undercut the US shale industry.

The traders advised El Falih against entering the forward market, predicting it would lead to overall lower prices in the futures market.

Downplaying the significance the meetings, the Saudi Energy Ministry issued a public statement: “The Minister is a frequent traveler. As part of his travel schedule, he holds multiple meetings during his trips. We do not disclose the participants of these private meetings nor their content, if and when they happen.”