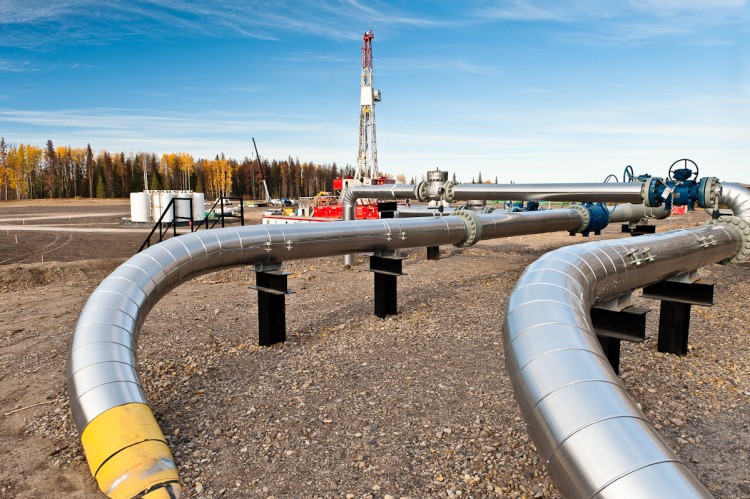 Natural gas output from the Haynesville deposit in Louisiana, which lost the crown as the nation’s biggest source of gas from shale two years ago, is growing again as drilling costs decline.

Chesapeake Energy Corp., the biggest U.S. gas producer after Exxon Mobil Corp., said it’s scaling back production at the Marcellus deposit in Pennsylvania to focus on Haynesville, while Comstock Resources Inc. is testing a process called “refracking” to get more gas from Haynesville wells that were previously hydraulically fractured.

Gas flows from Haynesville have climbed 7 percent from a four-year low in July, government data show. Output is still down 33 percent from a 2011 high as producers migrated north to the Marcellus, the biggest shale-gas region, to take advantage of low costs and higher yields.

“The companies that are becoming increasingly more active in the Haynesville are getting better at cost reduction,” Teri Viswanath, director of commodities strategy at BNP Paribas SA in New York, said in a March 9 telephone interview. “We are hearing about refracking, and a couple of companies have done this as a way to improve returns out of the play, but we’ve also heard that the efficiency gains have gotten better.”

Spot gas at the Henry Hub in Erath, Louisiana, traded at $2.79 per million British thermal units Wednesday, compared with $1.65 for Marcellus gas in Pennsylvania at the Dominion North Point/Leidy hub, according to the Intercontinental Exchange. Henry Hub gas has been at a premium to the Dominion hub since February 2014.

Haynesville gas production will rise 79.5 million cubic feet a day to 7.13 billion in April from March, the most since August 2013, according to the U.S. Energy Information Administration. Output at Marcellus wells will rise 74.5 million a day to 16.8 billion. Production growth at the Haynesville deposit, which also straddles Texas and Arkansas, will exceed Marcellus for the first time since October, when Marcellus production dropped. Haynesville lost its crown as the biggest U.S. shale-gas producer in 2012.

The break-even cost for new Haynesville gas wells has fallen to about $2.30 to $2.40 per million Btu from $4 two years ago, Moses Rahnama, an analyst at London-based consultants Energy Aspects Ltd., said in a March 10 e-mail.

Haynesville is also rebounding because supplies can be sold into a Gulf Coast market where new industrial plants are opening and liquefied natural gas exports are scheduled to start later this year, Rahnama said March 5.

New Demand
Chemical and fertilizer producers will spend about $35 billion this year through 2022 in Louisiana on new projects that rely heavily on gas, Deren Gursel, an energy analyst at Wood Mackenzie Ltd. in Boston, said in a March 10 e-mail.

“There are many unfinished wells in some of these legacy plays that require less investment and will produce reasonable volumes,” Rahnama said.

Comstock will drill 14 new Haynesville wells while testing whether “it may be less expensive” to refrack 10 existing producing wells, Chief Financial Officer Roland Burns said in a Feb. 10 conference call.

Companies hydraulically fracture shale deposits by injecting water, chemicals and sand at high pressure into wells to open fissures and release the gas.

Chesapeake is drilling longer horizontal wells and stacking them, Jason Pigott, executive senior vice president of southern division operations for Chesapeake, said in a Feb. 25 call with analysts. Some well lengths this year will be 7,500 feet to 10,000 feet, costing about $9 million to $11 million.

“One of our lowest-cost wells” was drilled in the Haynesville for about $6.3 million, Pigott said. “The teams are really just crushing it there on costs.”