Gas Ruling Forces Egypt to Pay $2b to Israel, Government to Appeal 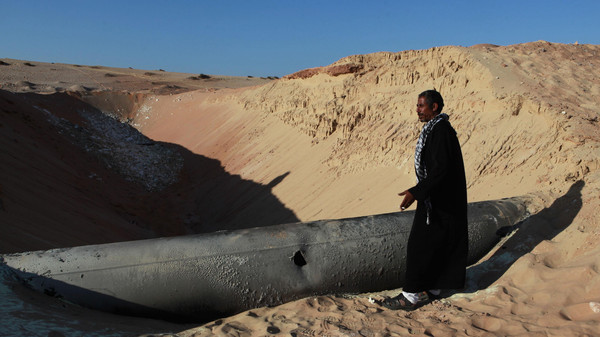 The International Chamber of Commerce (ICC) has ruled against the Egyptian General Petroleum Corporation (EGPC) and the Holding Company for Natural Gas (EGAS) in its long-standing contract dispute, Reuters reports. The body ruled that EGAS must compensate the Israeli Electric Corporation (IEC) $1.76b, as well as $288m it will owe to the East Mediterranean Gas Company, for breaching an agreement signed in 2009.

Egypt had agreed to sell natural gas to Israel as part of a 20-year agreement, but ended the deal in 2012 following a series of attacks against its gas pipeline in Sinai. The IEC claims that Egypt breached the agreement, while Egypt claims it was forced to halt the agreement due to security concerns.

The Egyptian government, however, has issued a brief press release stating its intention to appeal, and pointing out the flawed nature of the ruling.

Al Borsa  published a statement made by Mohamed Kamel, a legal consultant saying that international arbitration laws do not allow appeal on the ICC rulings.

As a result of the ruling, the Egyptian government has frozen negotiations between Egyptian companies and Israeli gas fields and has suspended new gas import agreements from Israel, Daily News Egypt reports.

In November, an announcement was made that a preliminary deal between Israeli companies in the Leviathan Field and Egypt’s Dolphinus Holding Company to supply natural gas to Egypt in 2020 was concluded.  The plans called for Israel to supply Dolphinus with up to 4 bcm of gas per year for 10 to 15 years – meant to support Egyptian industry.

Earlier in the year, Dolphinus had also agreed to a seven-year deal to buy at least $1.2b of gas from Israel’s Tamar field. As Egypt has faced greater energy needs, and Israeli gas discoveries have expanded, Israeli gas has begun to play a greater role in Egypt’s energy mix – changing the direction of the existing pipelines.