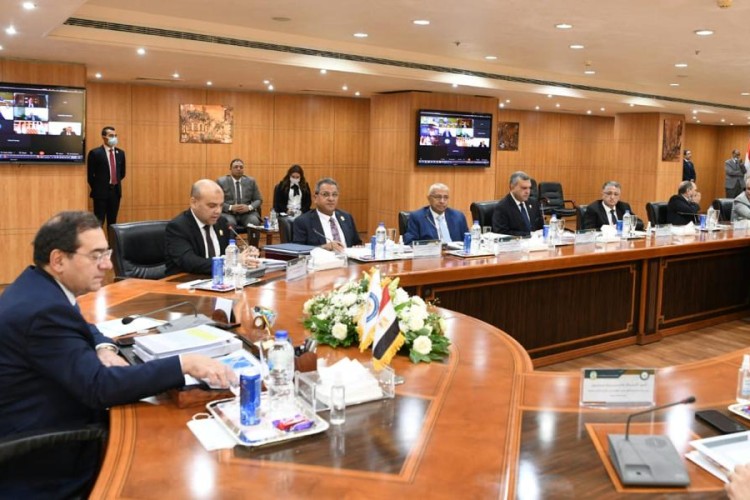 The Chairman of South Valley Egyptian Petroleum Holding Company (Ganope) Nael Darwish announced that his company succeeded in increasing its reserves by adding 15 million barrels during fiscal year (FY) 2020/21 to reach its current average production of 23,000 barrels of crude oil per day (bbl/d) which increased by 10% from last year, in addition to 4.5 million cubic feet of natural gas and 8,300 tons of butane.

Darwish said that during the general assembly meeting of the company to approve its operational results for FY 2021/22 in attendance of the Minister of Petroleum and Mineral Resources Tarek El Molla.

The chairman added that the company was able to cover the needs of the southern governorates from the petroleum products which reached 6 million tons after increasing by 12% compared to the previous year.

Additionally, Ganope succeeded in covering the needs from octane and mazut by 100%, he said. Regarding natural gas, consumption in the southern governorates increased by 19%, compared to the previous year. Moreover, the company connected natural gas to more than 192,000 housing units which is 15% more than the targeted plan as well as 33 villages under Haya Karima initiative in addition to connecting natural gas to other 44 villages.

According to the chairman, the natural gas stations reached 113 stations in addition to 19 conversion centers. The company implemented several projects including the extension of a natural gas pipeline from Dahshour to Beni Suef with costs EGP 1.4 billion, flaring gas utilization and improving operation efficiency at its sites.

For his part, El Molla affirmed the necessity of increasing oil and gas production by intensifying exploration and production activities.