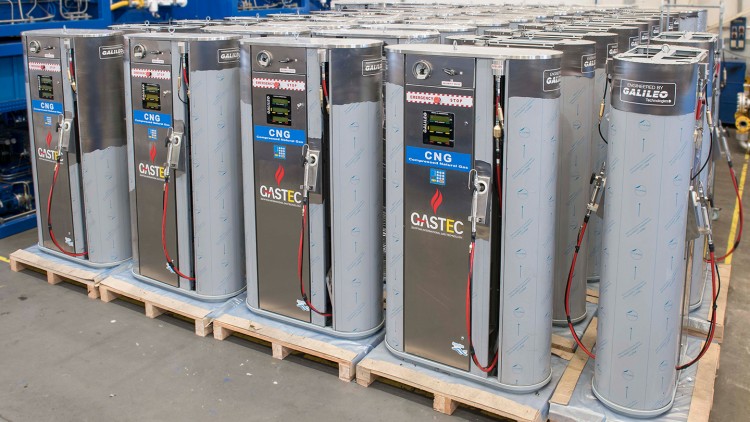 Galileo Technologies company announced it has won an international tender for providing Egypt with 500 CNG dispensers and 200 Microbox Core™ MX200 packages, according to a press release  the company issued.

This equipment will be supplied to the service stations of Natural Gas Vehicles Company (NGVC) and Egyptian International Gas Technology (GASTEC) company.

This came as a part of the Egyptian Ministry of Petroleum and mineral Resources initiative to increase the number of CNG stations from 306 to 1,000 by the end of 2021 in line with its strategy to replace liquid fuels with natural gas as a cheaper alternative to reduce polluting emissions. The agreement between Galileo and the Egyptian companies is part of that initiative and was closed in January 2021.

Galileo said that the first deliveries of equipment were made in May and will continue until the end of 2021, adding that the maximum production peak will be reached in July and, according to the plan, 220 dispensers and 50 compressors will be manufactured in one month.

Gabriel Lorenzi, Galileo Technologies’ Vice President of Sales for Africa and the Middle East said: “The equipment will be installed at new stations exclusively destined to CNG refueling and distributed throughout Egypt. GASTEC will install 271 dispensers and 100 compressor packages, while NGVC will have 229 dispensers and 100 compressors. We are convinced that our plug-and-play equipment is the right solution for the rapid deployment of CNG stations and we are very grateful for the trust that GASTEC and NGVC have placed in Galileo.”